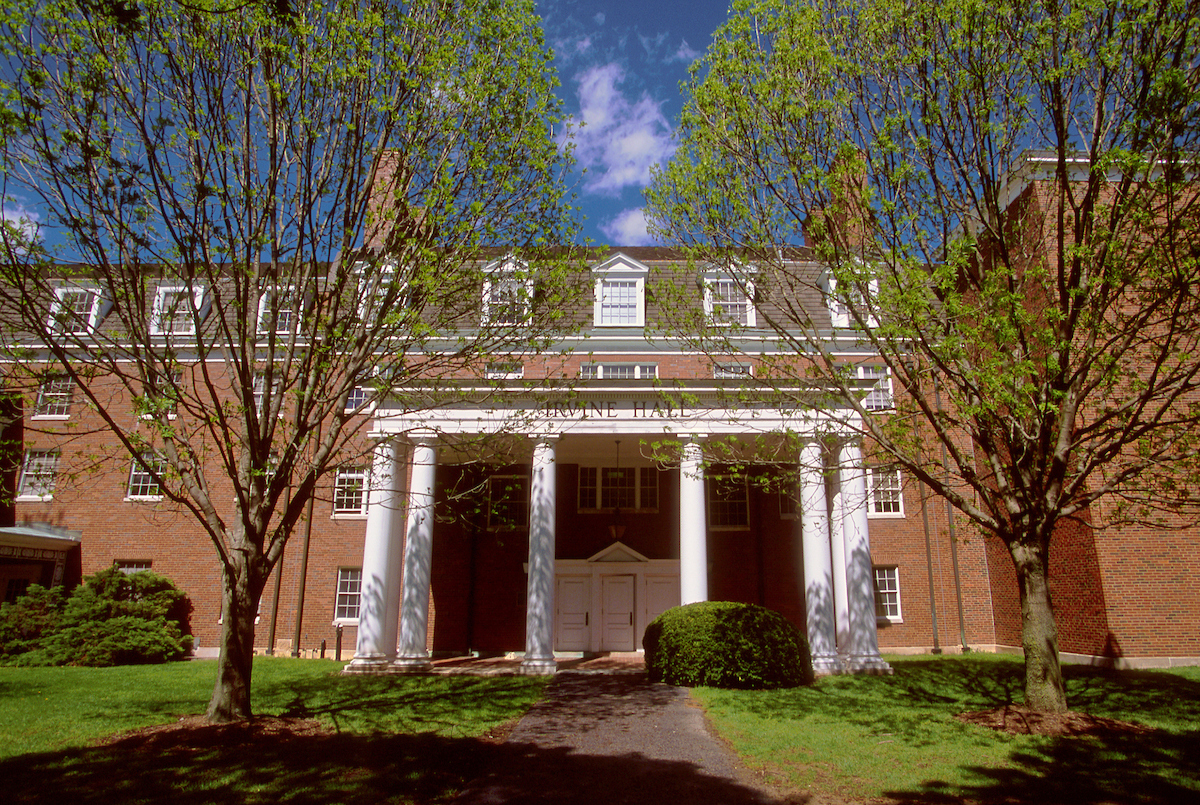 Irvine Hall is located in the West Green, coordinates E-4 on the campus map. It is marked as #118 on the map.

Irvine Hall is used by two colleges, the Heritage College of Osteopathic Medicine and the College of Arts and Sciences. It is a principal locale for a broad range of research, teaching, institutes, programs, and student activities for both colleges.

Built in 1965, it was originally used as a residence hall. It was originally known as West Green building number 6. It later became part of the College of Osteopathic Medicine.

Irvine Hall was named in honor of James Irvine, the second president of Ohio University. A native of Washington County, New York, he was educated at Union College. He was a Professor of Mathmetics before becoming president. After his retirement, he became a pastor of the Presbyterian church. No portrait or signature of him has ever been found.