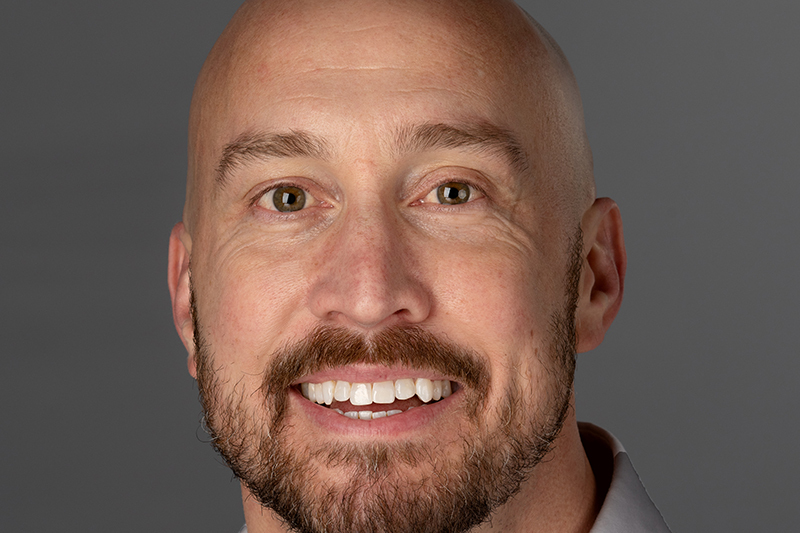 When the coronavirus pandemic sent schools online in spring 2020, teachers and professors scrambled to convert lessons planned for face-to-face instruction to a virtual format. But classroom educators weren’t the only ones making quick turnarounds.

Jacob White, senior executive in residence at Ohio University’s Voinovich School of Leadership and Public Affairs, was in the midst of coordinating professional development workshops for nearly 300 K-12 teachers on Ohio’s new science learning standards. Adopted in 2018, the standards take effect in the 2020–21 school year.

“This was originally scheduled to be a series of three full-day workshop sessions offered at various locations across the state, with several weeks being scheduled in-between each session to allow teachers to implement aspects of the training in their classrooms and to then share their experiences through peer networking at the following workshop sessions,” White explained. The first session covered the standards themselves; the second, how changes in the standards would affect curriculum; and the third was designed as a hands-on collaborative workshop for teachers to begin updating their lesson plans. Pedagogy training was included in each day.

The workshop series served two purposes, White noted. One, it helped teachers plan for the upcoming implementation of the new standards. Second, it allowed teachers to earn continuing education credits, which are required to maintain their teaching licenses.

White had completed the full series with only two groups when Gov. Mike DeWine issued the state’s first public health order on March 9. The final sessions everywhere else had to be cancelled, leaving many teachers in limbo.

“Because Ohio has high-stakes testing in science beginning in grade 5, teachers were very interested in learning about the new standards. However, the teachers were also planning on the workshop for the continuing ed credits that they could use toward their licensure renewal,” he said. “When the final day was postponed, many teachers were still missing key components of the training and also rightly worried about not having that opportunity to complete their licensure requirements.”

So White did what teachers everywhere were doing: He went virtual, reconfiguring a seven-hour, hands-on, collaborative workshop for online presentation.

“It was quite a challenge for me, but that was the teachers’ reality,” White said. “They were in that exact same scenario: figuring out how to implement their lesson plans in a virtual format, even if the lesson plans were designed for face-to-face settings that required physical manipulatives. So I felt obligated to jump in headfirst and figure out how it might work virtually.”

Part of the task was finding ways to make the workshop shorter. In person, the event ran seven hours—not an option for an online session that’s also being recorded for asynchronous use. Another challenge was converting demonstrations and other interactive modules.

“One of the plans for the third day was a hands-on chemical change activity that the teachers would perform themselves,” White said. “Originally the focus was on the pedagogical approach as well as some basic chemistry content, but that was quite a challenge to implement in a remote setting without the hands-on experience and still get across the main emphasis of the teaching strategy.”

“I'm very grateful for the expertise and commitment of the science team at ODE,” he continued. “They were great to collaborate with. They took the lead in figuring out the logistical demands of how to offer the virtual sessions. The amount of work they put in behind the scenes was tremendous.”

While he wishes the sessions could have been completed in person as planned, White is glad to have been able to accommodate so many under less-than-ideal circumstances. To him, it’s just part of the job.

“In working for a school of public service, I realize how important it is to meet our stakeholders where they are,” he said.