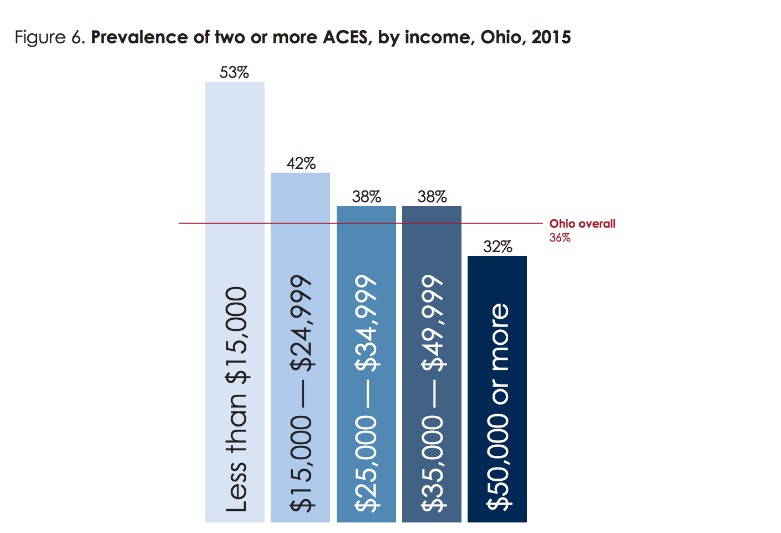 Ohio University’s Voinovich School of Leadership and Public Affairs recently teamed up with the Health Policy Institute of Ohio (HPIO) to study the impacts of adverse childhood experiences, or ACEs. ACEs are defined as any potentially traumatic event that occurs during childhood.

Children are impacted by their structures and environmental conditions. Research shows that children who experience trauma in those conditions as they grow up are more likely to have disrupted neurodevelopment, adopt high-risk behaviors such as smoking or heavy drinking and be plagued by social problems, disease, disability and early death.

Christelle Khalaf, Voinovich School economist, and Anirudh Ruhil, Voinovich School professor, worked with HPIO to analyze data for the brief. They concluded that exposure to ACEs are a pervasive problem and preventing them can improve Ohioans’ health.

“The most important takeaway might be that preventing ACEs can improve mental and physical health,” Khalaf said. “Building on these findings, raising awareness and implementing policy actions that can prevent ACEs or mitigate their impacts have the potential to improve society.”

The Voinovich School team helped HPIO by analyzing data from the Centers for Disease Control and Prevention’s Behavioral Risk Factor Surveillance System, which collects nationwide health information through more than 400,000 telephone surveys annually. The researchers analyzed variations in the data by race, age, gender, income level, disability status and geographic location. The results were determined by estimating population attributable risk, the percentage of each health behavior or outcome that is ascribed to ACEs. Nearly two-thirds of Ohioans – about two out of every three adults – have been exposed to one or more ACEs.

“Let that sink in: two out of every three,” said Ruhil. “When you sit in a public place, chances are the majority of the folks walking around have been affected by ACEs.”

According to HPIO’S 2019 Health Value Dashboard, Ohioans rank only 46 out of 50 on health value and tend to live less healthy lives. Ohioans with more ACEs are more likely to experience negative health outcomes and behaviors like smoking, heavy drinking, depression, asthma, COPD or inability to afford proper healthcare.

“We can make things better if we can tackle substance abuse and empower the emotionally abused to have some recourse to help,” said Ruhil.

The team’s research indicates that ACEs are highest among Ohioans of color and Ohioans with low incomes; learning, physical, mental or emotional disabilities; and those living in Appalachian counties, although urban counties are also affected. The most common type of ACE among Ohioans is emotional abuse, followed by substance use and divorce.

“I think building on these findings, raising awareness and implementing policy actions that can prevent ACEs or mitigate their impacts have the potential to improve society,” Khalaf said. See the full HPIO adverse childhood experiences brief here.

The Mayors’ Partnership for Progress (MPP) is thanking the Ohio General Assembly for its support of House Bill 377.