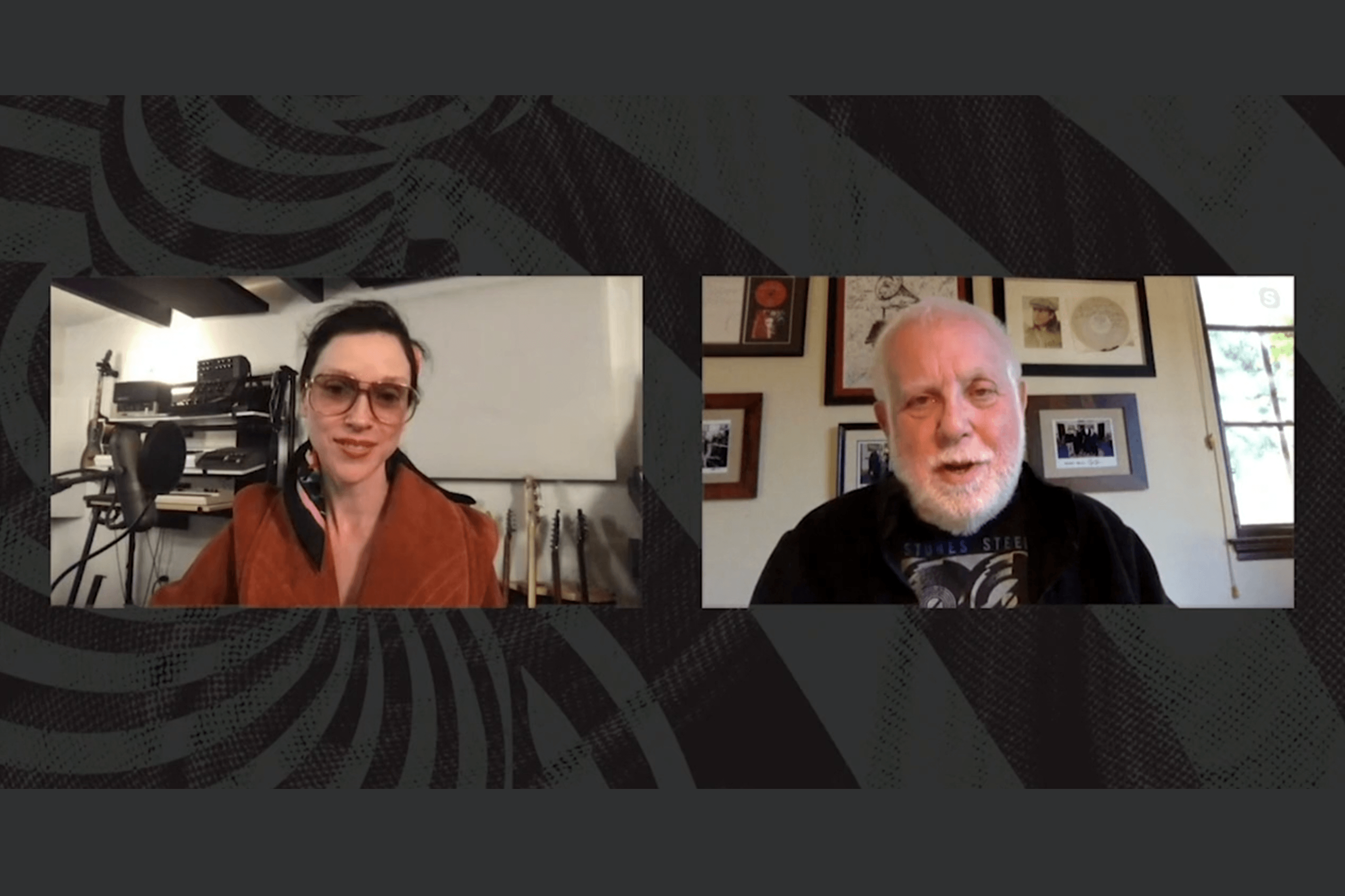 Entering and making it in the music industry is no easy task. At Ohio University’s third annual Music Industry Summit on March 25, musicians and industry leaders shared their advice and experiences with more than 2,800 registrants from around the globe who attended the nearly 11-hour event.

“We knew we had a pretty amazing lineup of artists, leaders and entrepreneurs, but we were blown away by the response and far-reaching engagement throughout the day,” said Josh Antonuccio, director of both the Summit and the OHIO School of Media Arts and Studies. “We ended up having students attend from across 119 universities, as well as over 350 high schools. Moreover, we had hundreds of alums and even more industry professionals from major sectors join us. The event was a point of connection, networking and learning for many wanting to learn about different career stories in this field.”

The Summit started with “40 Years of Producing Music’s Biggest Night,” a conversation spanning Ehrlich’s innovative career. Ehrlich detailed how his trust with artists allowed him to put together many iconic moments, including the 2014 once-in-a-life Grammy performance featuring Daft Punk, Pharrell Williams, Stevie Wonder and Nile Rodgers.

While he began his career as a sports reporter and later as a PR professional after graduation from Ohio University (BSJ ’64), he eventually realized his true passion was in the music industry. Ehrlich advised students not to be afraid to fail, just as he approached sports reporting and public relations. “If you have ambition, drive and play big, you’re going to get there. I won’t guarantee this, but I promise you’ll get your break,” he said.

That’s exactly what happened with MixedbyAli. He went from being a technologically curious high school student to becoming an influential hip-hop mixer. He has worked with many prominent artists, such as Kendrick Lamar, Childish Gambino, Cardi B, SZA, Roddy Ricch, the late Nipsey Hussle, Snoop Dogg and many more, all because of his passion for mixing.

Similarly, FINNEAS advised students, “You should know why you want to do what you want to do and that will guide you. You’ll get there when you do,” he said.

He reminisced how he used to watch the Grammys as a kid with his sibling, Eilish. FINNEAS said he didn’t even need to win the Grammy, just the nomination was winning itself. When he and Eilish swept awards in 2020, he described the feeling as surreal. “It wasn’t even on my bucket list, so I couldn’t even cross it off,” he added.

FINNEAS advised aspiring artists to not just focus on the song itself, but also the marketing strategy in order to find success. “You have to build up the momentum before a song is published. You can’t rush to publish a song,” he said.

Bridgers, who was named best new 2021 Spotify artist, built on the theme of understanding all aspects of music production and distribution in her keynote discussion. She highlighted the importance of not only writing music but also learning how to produce it. Bob Boilen, creator and host of NPR Music’s Tiny Desk, played several clips of Bridgers’ performances to show her evolution as a songwriter.

When being interviewed by Ehrilich, St. Vincent was noticeably stunned when she learned that her music had been recommended to him by Prince. She credits her songwriting success to listening to various kinds of music. “If you listen to enough different kinds of music, it’s going to come out of you one way or another,” she said. “You have to work very hard to know your craft inside and out.”

Advising those who struggle with breaking into the music industry as an artist, she said, “There is still a whole lot of other stuff you can do around music, such as writing lyrics for other artists, even if you can’t be Jimi Hendrix.”

“We hear this over and over again – not just from these great musicians – but from innovators and entrepreneurs in any industry,” said Paul Benedict, director of the Center for Entrepreneurship. “Finding your passion and a purpose in your career isn’t just about things that interest you. That’s enough to be a fan or to have a hobby. If you combine that love for something with real skills, a deep commitment to mastering your craft and an audience, you will make an impact in the world.”

The closing keynote featured an exclusive conversation with famed Atlanta MC and activist Killer Mike, along with managers Amaechi Uzoigwe and Will Bronson, of iconic hip hop duo Run The Jewels. Coming off one of their biggest years to date, the three talked about their strategies of engagement, including their pursuit to be featured in Marvel’s Black Panther trailer.  Additionally, they shared stories on how they managed the early runaway success of the group and kept pushing the boundaries on the scope of their branding partnerships. “It gets to a certain point where you realize there is no ceiling,” manager Will Bronson said.

The Summit also featured select artist performances, including an opening DJ set by Kelly Lee Owens and a performance from Haley Heynderickx. Sponsors provided numerous giveaways throughout the day, including gear from Shure, Earthquaker Devices and Stewart-MacDonald.

The free virtual event was sponsored by Ohio University’s Performing Arts and Concert Series, Scripps College of Communication, School of Media Arts and Studies, Center for Entrepreneurship, and over 30 other campus and industry partners. The Center for Entrepreneurship serves the entire OHIO community and operates as a partnership between the College of Business and Voinovich School of Leadership and Public Affairs.

To watch select interviews and performances from the day, visit https://redstory.brand.live/c/ohio-university-music-industry-summit-2021.