COVID-19-related professional sports cancellations cause tax revenue losses, according to a study 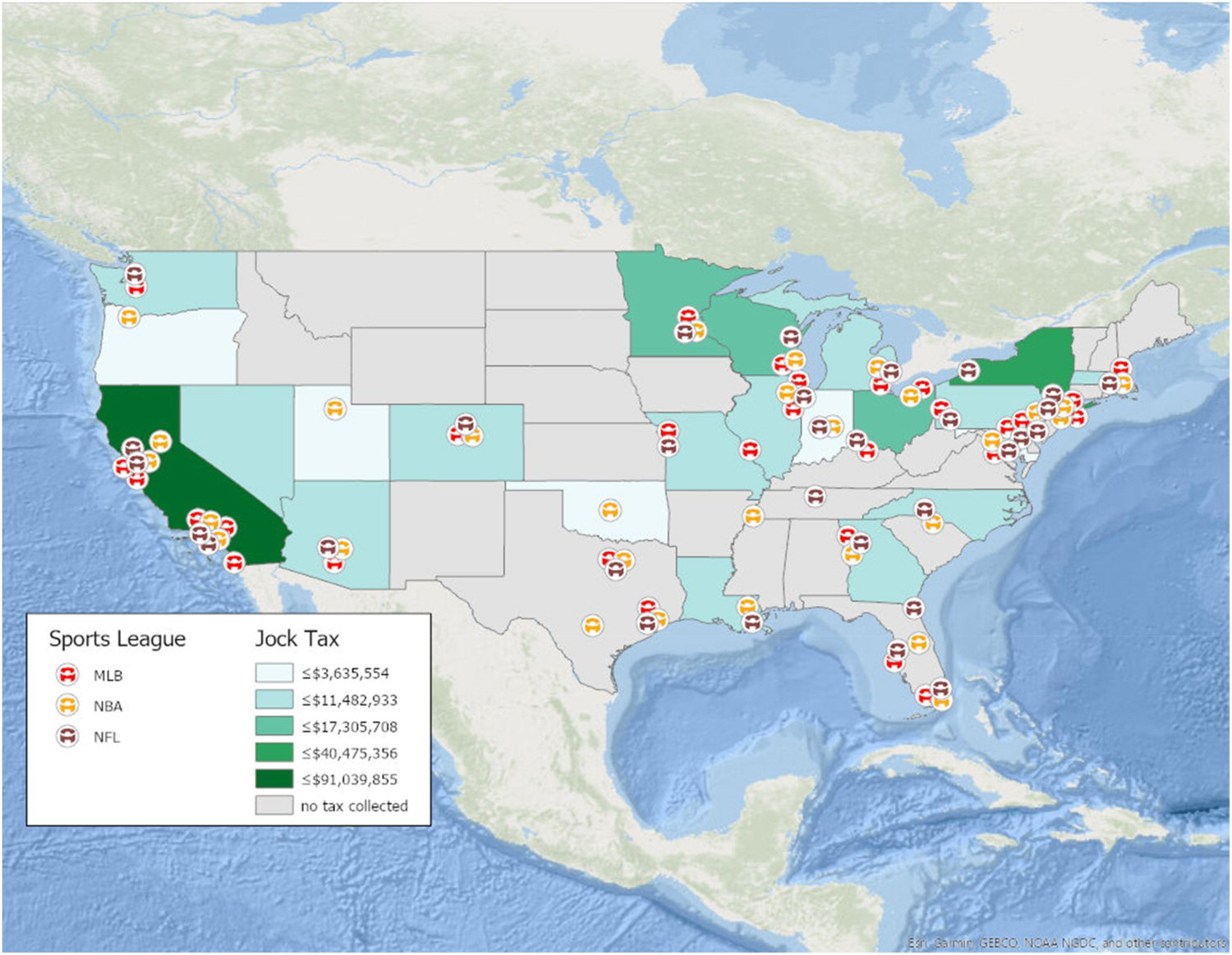 Potential cancellations of the NBA, MLB and NFL seasons in March due to COVID-19 could have caused the U.S. states a loss of nearly $307 million in jock tax collections, according to a new study by Ohio University’s Voinovich School of Leadership and Public Affairs.

In the study, “COVID-19-related Jock Tax Revenue Losses in US States,” the authors provide a detailed analysis of the potential impact from lost jock tax collections at the state and nonfederal level.  Professional athletes pay jock taxes according to the amount of time they contribute to income-related work in any state that administers an income tax.

“Even though the MLB ran a shortened season and the NFL continued with the games as normal albeit with delays, I believe the jock tax loss calculated for the NBA games is still rather accurate and relevant,” Jolley said.

While the NBA finished its season after a delay, the league played fewer games than in a typical year and not all teams were invited to join the 2020 NBA bubble in Florida. Professional athletes are exempt from the jock tax in states without state-level income taxes, such as Florida.

Jolley said the jock tax represents a small percentage of tax revenues for states, so its loss doesn’t usually have drastic effects. “However, when jock tax loss is combined with cancellation or reduction in the number of sporting events and coupled with reduced employment and taxable wages in other industries, it may have a significant impact on the budgets of states – especially those with a higher reliance on income taxes,” Jolley said.

Dr. Jolley said the study provides policymakers and tax scholars with an approximation of these tax collections for the jock tax on a state-by-state basis.

“Our calculations are still relatively accurate if there are future cancellations,” Jolley said. “Of course, some players will change teams and salaries will fluctuate in future years, but this data will continue to highlight the importance of holding sports events.”