For One Executive MPA Alumna, Graduation is a Family Affair 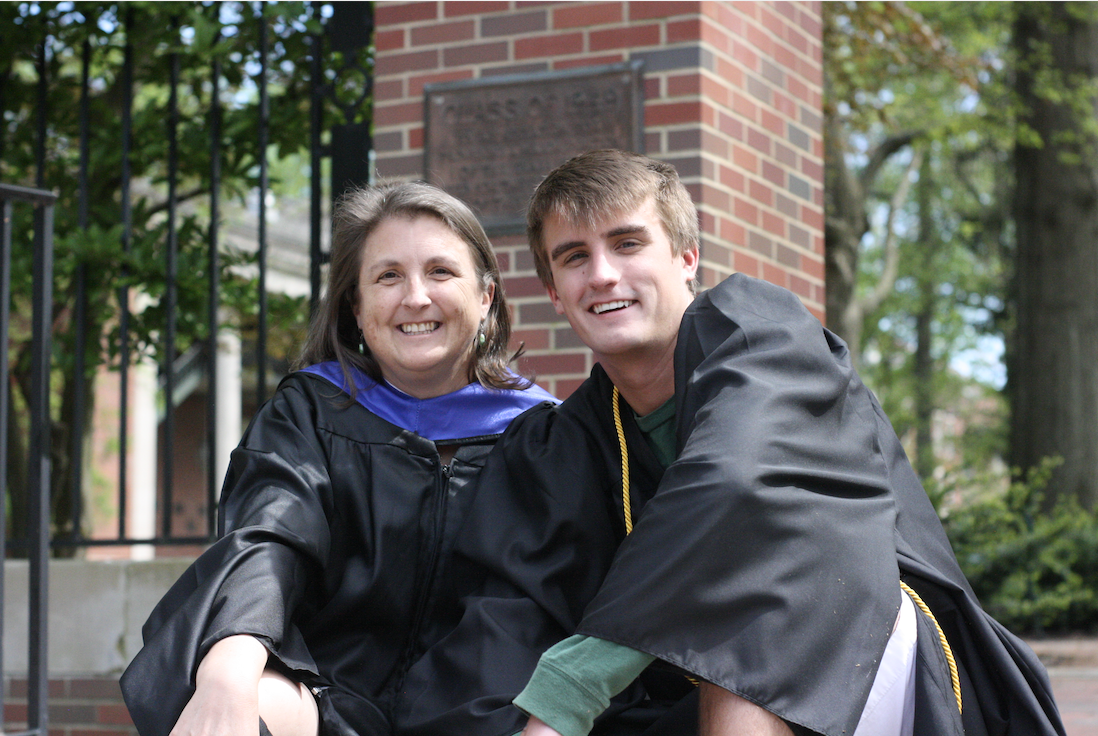 When Jennifer Whetstone graduated from the Voinovich School of Leadership and Public Affairs this May, she didn’t just earn a Master in Public Administration, she fulfilled a goal 24 years in the making.

It all started in 1995, when Whetstone’s job with Franklin County offered to fund her master’s degree at Ohio University. Halfway through her degree, she was offered a job with the Ohio Department of Rehabilitation and Correction.

“I had been trying to get with the state for four years,” Whetstone said. “But they didn’t offer the same program, so I quit [the degree].”

Twenty-two years later, Whetstone was back with the state working as the program coordinator for the Supreme Court of Ohio, but she never forgot that unfinished degree. In 2017, she was diagnosed with breast cancer and underwent a year of chemotherapy, surgery and radiation treatment.

“Going through all that, you look back on your life, and one of my regrets was never finishing my master’s degree,” she said. “And I thought, ‘You know, that’s something I can do.’”

Living in Columbus, she originally looked at earning her MPA through The Ohio State University’s John Glenn College of Public Affairs, but discovered that the Voinovich School’s Executive MPA program was more accessible.

“I saw that OSU offered late night classes and a lot of online classes,” she said, “And OU offered Saturday classes up in Dublin -- and I live in Dublin -- I was like, this is it, there’s my program.”

The Executive MPA program is designed to accommodate working professionals like Whetstone. Candidates earn their degree in two years through a combination of online classes and one Saturday class a month at OHIO’s Dublin campus.

Whetstone was admitted into the program in January 2019, but when she started enrolling in classes, she discovered something strange.

“I went to register for a class and I couldn’t get in,” she said. “It said I wasn’t eligible because I had already taken it.”

Whetstone’s half-finished degree was still in the system.

“They were all the same classes,” she said. “[They were] obviously updated, but, same titles, same number, everything.”

Joe Wakeman, manager of enrollment and student success, Dean Mark Weinberg and MPA Director Jason Jolley got together to discuss Whetstone’s unique circumstance. They decided to offer her half-credit for her previously completed coursework.

I wasn’t about to ask for that,” Whetstone said. “Dean Weinberg was actually one of my professors back [in 1995], so it all came around full circle.”

While in the executive MPA program, Whetstone appreciated the practical nature of her coursework and the ability to network with the other government employees in her classes.

“We could take a problem or issue that we see at our work, and then discuss it in our class and come up with a solution,” she said. “You had other people there that were at your level doing similar things for different agencies that you could bounce ideas off of.”

In 2019, Whetstone was hired as the judicial services program coordinator for the Ohio Judicial Conference. Her MPA candidacy gave her a leg up against her competition.

“They were choosing between two candidates and they really liked that I was furthering my education and trying to do more to better myself,” she said. Whetstone hopes to work her way up to a management position in the court system, something that requires a graduate degree.

“I don’t know what my future holds,” she said. “But I think I’m going to do pretty well with this MPA.”

Thanks to her previously completed coursework, Whetstone was able to graduate in four semesters rather than the standard six. This meant that she and her son Zachary, who was earning his Bachelor of Business Administration at OHIO’s College of Business, were both set to graduate in May, one day apart.

“We had family coming in, we rented a cabin, we were going to make it a big deal,” Whetstone said. “I don’t know how often that happens, that a mother and son graduate from the same university like that.”

Unfortunately by March, with in-person classes cancelled and OHIO Spring Commencement postponed, it was clear that a big graduation ceremony was not in the cards.

“We were disappointed that went away,” Whetstone said. Commencement or not, she and her family traveled to Athens on the Saturday of what would have been graduation to help Zachary move apartments.

“We borrowed caps and gowns and we took some fun pictures and just tried to make a day of it,” she said.

Whetstone and her husband, both OHIO alumni, were overjoyed to have another Bobcat in the family.

“I’m going to miss going down to Athens as often as we did because Zach won’t be there anymore,” she said. “We’re really proud of him and what he’s accomplished. It’s cool that I got to share that with him.”

In another instance of serendipity, Whetstone was pregnant with Zachary during her first attempt at earning her MPA all those years ago.

“It all comes full circle,” she said.