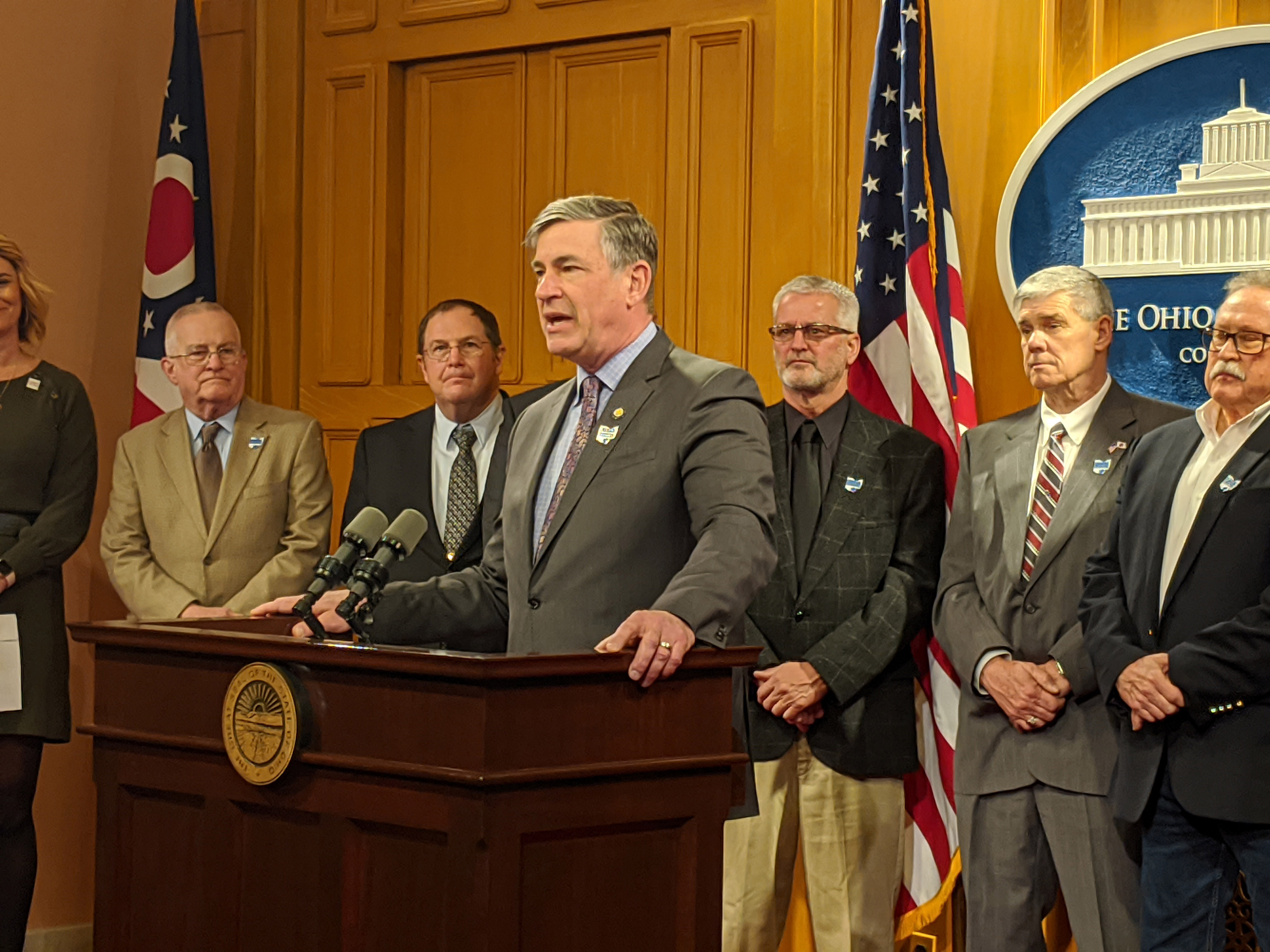 Being the mayor or city manager of a town or city in southeast Ohio is usually a very hands-on job requiring a broad set of skills – and very little instruction in advance.

“There’s no user guide. There’s no manual that tells you how to do everything,” Chillicothe Mayor Luke Feeney said. “In some cities, sometimes the jobs are a little more ceremonial, but the issues that the mayors in the Mayors’ Partnership deal with are very practical.”

The Mayors’ Partnership for Progress (MPP), supported by a partnership with Ohio University’s Voinovich School of Leadership and Public Affairs, serves mayors and city managers in 18 counties, representing nearly 120 communities and a population of almost 800,000. It gives southeastern Ohio’s mayors and city managers an opportunity to share ideas, questions and tips as they work to improve their communities.

The MPP is helpful for its members in the best of times but has become invaluable to many during the coronavirus pandemic. The Partnership has served as a go-to source of crucial information and networking opportunities, including with Gov. Mike DeWine, U.S. Sens. Sherrod Brown and Rob Portman, and U.S. Congressman Bill Johnson.

Amista Lipot, director of external relationships and strategic partnerships for the Voinovich School, serves as executive director for MPP. Each day she parses through new information from the state and federal governments, various associations, and multiple online resources.  In between daily message dissemination to the members, she answers text messages and phone calls from members and stakeholders, and serves as a connector for their various issues and questions.  The Partnership has also switched from monthly, in-person meetings to weekly virtual meetings and constant e-mail communications between the municipalities. Immediately prior to the COVID-19 pandemic, the MPP held a legislative advocacy day in Columbus, that included small-group meetings with DeWine and several members of his cabinet.

“(Amista) gives daily updates with summaries and document attachments that are relevant to the topics so that I always have a library of resources,” New Concord Mayor Jennifer Lyle, who took office three months ago, said. "[The Mayors' Partnership] has introduced me to our state legislators, and it is helpful to have those relationships."

Lipot said deciphering all the information coming down from the government can be a challenge, but it’s a necessary task.

“Our local officials are on the front line and getting bombarded from every direction. They’re figuring out how to hold open meetings, continue with necessary legislation, and support their local businesses and schools,” Lipot said. “At the same time, they’re combating safety and health issues, they’re sorting through state mandates, and they’re deciphering federal legislative changes that impact their communities and constituents.”

Athens Mayor Steve Patterson said the meetings with state officials and senators has been of tremendous help to him. He noted that every city faces some unique challenges, but they’re still able to talk with others with similar situations.

For example, southeast Ohio has several universities located within its communities. For these cities, a large number of businesses are essentially seasonal and depend on the university’s student body for business, which is a challenge.

“These are seasonal businesses that budget September through the end of April for the summer doldrums,” he said. The opportunity to talk to Brown and Portman gave him and the mayors the opportunity to ask questions about the federal stimulus bill and how it will impact small businesses.

Feeney agreed that the legislative contacts were helpful, since most mayors don’t have the connections or the time to make those contacts on their own.

Besides the information-sharing, Patterson noted that the organization represents a combined 800,000 Ohioans, which in turn has helped the group get more information. The MPP recently obtained a seat on the Ohio Mayors Alliance, which is otherwise reserved for Ohio’s 30 largest cities. By contrast, Athens is the largest city in the MPP.

“The issues in southern Ohio are fairly unique, and they’re common among us,” Feeney said. “It’s really nice to pick up the phone and talk through real-life issues with people who have dealt with them.”

Goosman said he’s been glad to see the information-sharing regarding physical distancing and working from home – when possible. However, some duties must be performed in person, such as those working as first responders and water and treatment plant operation, while in other cases, towns like Amesville don’t have reliable broadband, making it difficult for people to work from home.

“The benefit is to be able to glean through the information and share what’s most important, or for the mayors to be able to put out a question to our entire membership and get a response,” Goosman said.

Feeney, a 2002 OHIO alumnus, said he was proud of the University for making the partnership more active.

“The University being really intentional about being a tool for the region makes me proud to be an alumnus. I think every mayor or city manager that participates in the partnership would agree that this is a real resource for us,” Feeney said. “I think it’s especially impressive the way the Voinovich School has stepped up right now.”