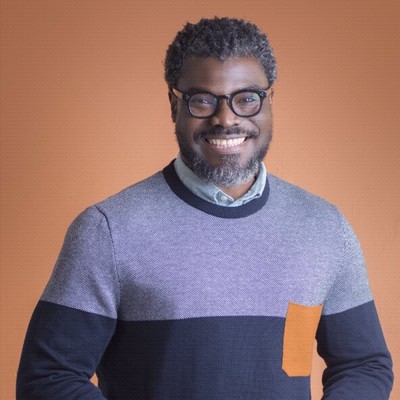 “I’m Francophone,” he said. “I was not using English on a daily basis when I got my scholarship, so I spent the first eight months at Gordy Hall.”

The Fulbright program had placed Ngueyanouba in Western Michigan University’s Master of International Development Administration program. Soon after starting at WMU, however, Ngueyanouba realized the program was not what he was looking for. Much of the curriculum repeated what he learned earning his first master’s degree at the Catholic University of Central Africa, Cameroon.

“It just wasn’t something I wanted to study when I moved to the U.S.,” he said. “So, I got approved to select a different program and a different institution under some conditions.”

“I knew a little bit about the MPA program because I had some friends who went there, and also knowing Ohio University and some of the instructors, I decided to apply,” he said. “So I went back to OU, to the Ridges.”

Ngueyanouba had applied for the Fulbright Scholarship to earn a master’s in public policy or administration at an American university so he could better understand the many American-funded nongovernmental organizations and development programs that work in Asia, Latin America and Africa.

“Many of these NGOs are supported by public funds, for instance USA federal government funds, so they have to be aligned with the policies of the U.S. government in terms of public services provided to the people,” he said. “I thought that if I had an MPA, I could better apply the language and the techniques in designing development programs and implementing them.”

This is a deeply personal goal for Ngueyanouba, who grew up in Koumra, a town in southern Chad. “Most importantly, I wanted to study and take back to Africa new skills to help my old government or any other government in Africa in terms of being someone who is skilled enough to invest in providing public services to people,” he said.

At the Voinovich School, Ngueyanouba found the type of program he was looking for. The school’s focus on American government policy and public administration gave him a new perspective on international policy.

“I could compare and see how policies have been implemented elsewhere through the lens of how it’s been implemented in the U.S., and see what is possible to replicate in a different environment should the conditions allow such application to be tried,” he said.

“I found an environment where I could speak to people,” he said. “I could initiate my own things and bring up different approaches and ideas, see things in a different lens, and instructors and my classmates would be like, ‘Wow I see where you’re coming from, that’s something we didn’t think about.’ And that was great. There’s a lot of tolerance, as opposed to other environments. People are more open to learning new things and giving credit and value to other ideas than their own.”

In addition to his studies, Ngueyanouba joined the Ohio University African Student Union. The organization helped him connect with students outside of the MPA program and presented him with new opportunities and challenges when he became the group’s president.

“I was kind of selected and pushed forward by many of my friends, and I couldn’t communicate much yet in English,” he said. “It was challenging, but it pushed me, because in real life the problems arise from so many different issues outside of just language or communication differences, and you have to figure out what kind of solutions you can find to get your message through and accomplish things even when people aren’t really using the same language.”

As ASU president, Ngueyanouba joined with the student organization STAND Against Genocide and met with then-university president Roderick McDavis to discuss OHIO’s response to section 1502 of the 2010 Dodd-Frank Act regarding the sale of conflict minerals in the Congo.

“I met with the president to try to explain what the policy means, and what is the risk that the university would put students at in terms of unknowingly using laptops from Alden Library that were made by such-and-such company that sourced minerals from the Congo,” he said. “By sourcing minerals from the Congo, they indirectly allow that cash into Congo that ends up in the hands of armed groups and the armed groups use that cash to buy weapons.”

It was Ngueyanouba’s understanding of this issue that helped him get his first job after graduation in 2012, as an Information Security Analyst for the United Nations’ Mission for the Stabilization of the Congo.

“I didn’t know much about minerals [or] how to develop a mineral trade program,” he said. “That wasn’t something I studied, I’m not a geologist, but because I knew the policy, and because I studied public administration, I applied. At my interview they said, ‘This person can actually help us go from understanding and getting the U.S. government from just understanding the policy to actually making sure we create areas where armed groups cannot access mining sites.’”

Ngueyanouba has continued to work in the Democratic Republic of the Congo as an analyst and consultant. He recently spent 11 months monitoring UN Security Council Sanctions in the DRC.

In that project, Ngueyanouba reported on the activities of armed rebel groups in the eastern DRC regarding international treaty violations. The skills he learned in the MPA program helped him navigate the complexities of obtaining information from armed groups while maintaining positive relationships with international organizations.

“How do you manage that? How do you make sure that the people are still receiving support from social relief organizations that come into the area where these armed groups operate, and also make sure that you report the violations of armed group leaders?” he said. “I had to engage with these international organizations, explaining to them exactly what our work is about.  Serving the people at this moment is something that saves their lives, but we need to go against the actors, the root causes of the situation they’re trying to address on a daily basis.”

Ngueyanouba is currently working with Netherlands-based organization VNG International on its ESPER Peace and Security program in East DRC, where he’s focusing on local security governance and justice support.

He recommends the MPA program to anyone who wants a hands-on, comprehensive understanding of American public administration.

“The cases we studied were contemporary, they were things that happened in real life,” he said. “You end up getting very close to reality, and you leave the classes knowing and almost applying and assessing the policies being implemented, rather than just studying something that’s very far from you in terms of where it happens and when it happens.”

Although he’s now thousands of miles away, Ngueyanouba still keeps in touch with the Voinovich School faculty and is grateful for the lessons he learned in Athens and the friends he made at Ohio University.

“The Voinovich School looks to me like a family, and a family where everybody pays attention to the other person,” he said. “It makes me always feel like reaching out.”