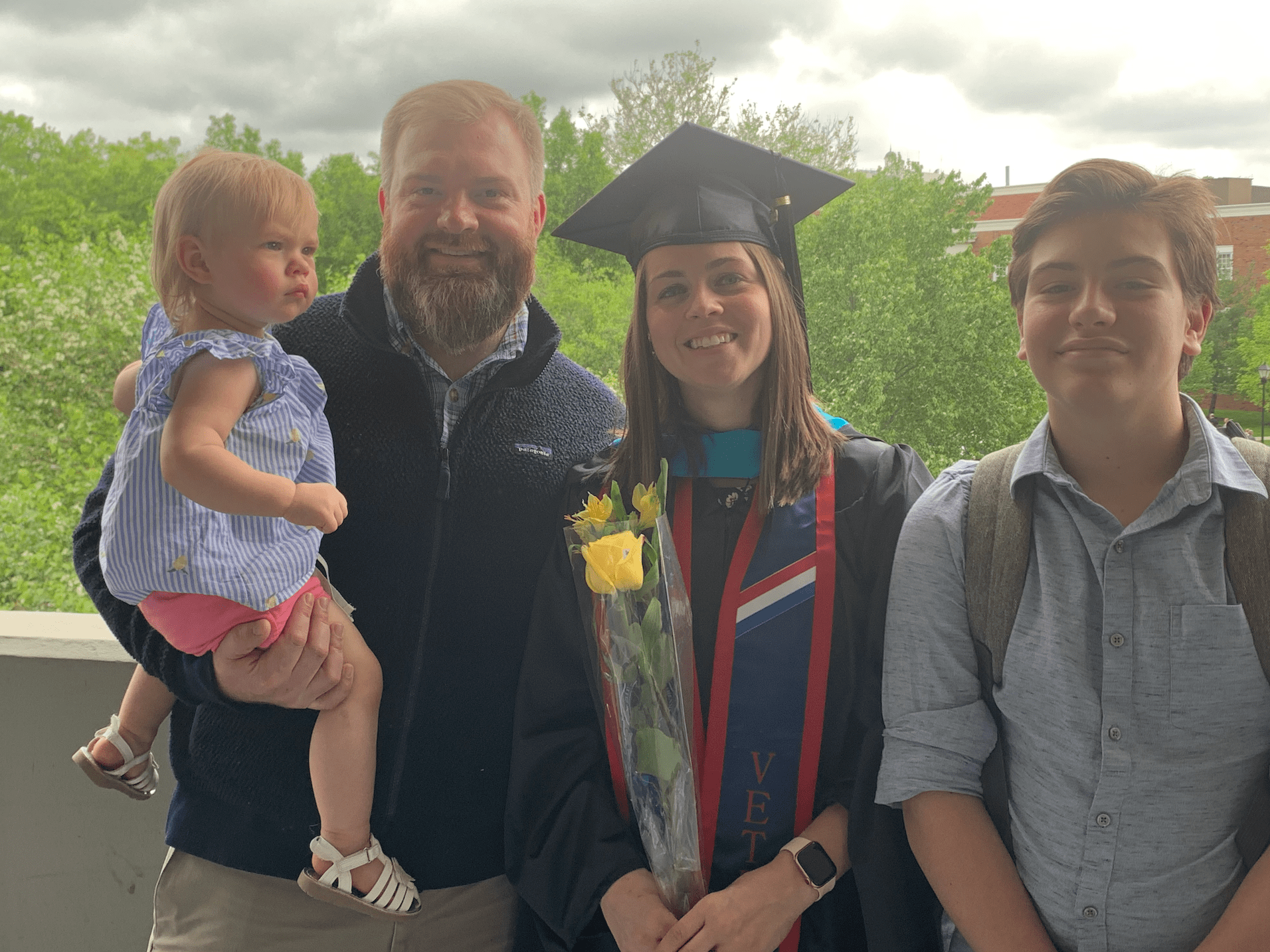 Samantha Sawmiller grew up on a farm in Southwest Ohio where she learned about conservation and service, but her interest in environmental policy really became clear during her tour of duty in Iraq, 6,000 miles away from home.

Sawmiller, who joined the Marine Corps in 2006 immediately after graduating from high school, often spent what little free time she had cleaning up around her compound during her 12-month deployment in 2009.

“When I was in Iraq there was just a lot of debris that would get blown around, there were a lot of sandstorms, and things weren’t [always] secured down,” she said. “I just wanted to leave it better than I found it in, and that’s with anything I do.”

When she got back to the states, Sawmiller earned her Bachelor of Science in Environmental Policy and Management from Ohio State University. In 2016, after spending some time working as a Program Coordinator for the Sierra Club, Sawmiller accepted a job as U.S. Senator Sherrod Brown’s Veteran and Military Affairs Liaison.

“Being a veteran myself and having family who are veterans – my husband served in the Ohio Army National Guard – I try to be a fierce advocate for veteran and military families,” she said.

During her time working for Brown, Sawmiller decided to go back to school. She was drawn to the Voinovich School of Leadership and Public Affairs for its Executive MPA program, which allowed her to earn her Master in Public Administration in two years with online and in-person classes spread over 20 Saturdays.

“The Executive MPA provided me with the opportunity to still work, to take care of my family and get an education [to] advance my career,” she said.

The program’s flexible nature became especially important when Sawmiller found out she was pregnant during her enrollment.

“I was not necessarily planning on that during the program,” she said. “I actually ended up having my daughter during winter break and I came back the following semester for the spring.”

The faculty and her peers were very understanding of her situation, Sawmiller said.

“I wasn’t the only one in that position—there were actually a couple other women [and] soon-to-be fathers in similar positions,” she said. “Everyone in that program is very supportive and just very flexible.”

Sawmiller also found the Voinovich School and Ohio University overall to be veteran friendly. When she wanted to use the resources available to her through Veteran Readiness and Employment services (formerly known as Vocational Rehabilitation and Employment), OHIO’s Veterans and Military Student Services Center helped her navigate the process.

“[That] can be kind of difficult and tedious,” she said. “They were really helpful.”

Inspired by her work in Senator Brown’s office, Sawmiller focused her studies on local government operations.

“The MPA was eye opening for me in the sense of understanding better how local governments are funded—how the tax structures work there, and how public-private partnerships can sometimes help fill gaps with funding,” she said.

In 2019, after finishing her degree, Sawmiller started as a Development Manager for Open Road Renewables, a renewable energy company that focuses on developing utility-scale solar energy projects. Her understanding of local government policies has helped her to better communicate with the communities Open Road Renewables serves.

“I explain the benefits of the projects we’re developing in their communities and how these projects can provide increased tax revenue and local jobs,” she said. “Especially now with the budget constraints that everyone’s going to have [due to the coronavirus].”

Energy, and particularly renewable energy, has become a major industry for veterans. A 2019 study by Environmental Entrepreneurs found that 11% of Ohio’s clean energy economy jobs are held by military veterans, compared to the overall workforce where veterans make up 5%. A number of programs, like Solar Ready Vets and IBEW’s Helmets to Hardhats program, have been established to recruit more veterans into clean energy careers.

“The industry is a perfect fit for veterans, there’s just a lot of skills that can translate,” Sawmiller said. “It certainly takes discipline to manage projects from the field and knowing the impact these projects have on the communities we work in is motivating and a way of continuing to serve.”

In addition to the skills she learned through the Voinovich School’s Executive MPA program, Sawmiller found a community of peers that mirrors the one she had in the military.

“One thing military veterans are looking for - or miss after they serve - is the family, the bond that they have, especially if they’re active duty. You leave those people, you get out and you miss it, you miss them, and you lose touch,” she said. “The Executive MPA program helped me. I still speak with professors, I made a friend group, and we’re all professionals in our different careers, but we’re still close and still speak and help each other when and where we can.”