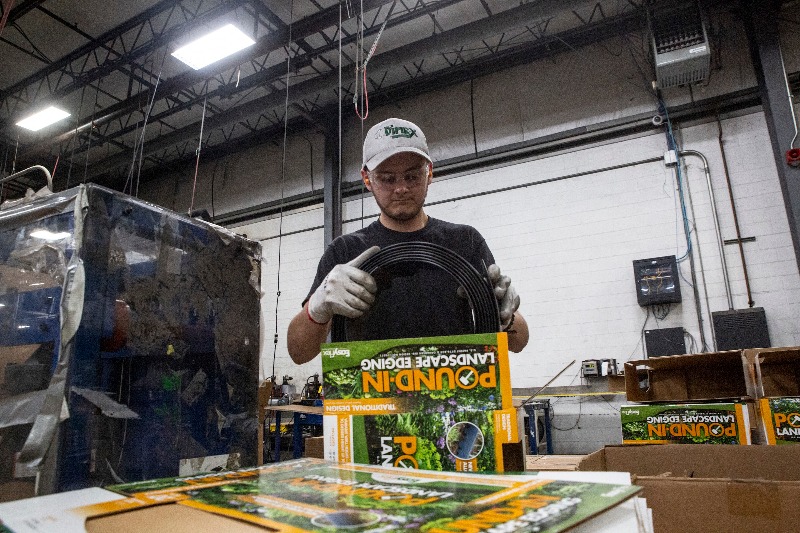 Building Bridges to Careers (BB2C), an economic and workforce development initiative based in Marietta, will expand the organization’s holistic, flexible approach of linking education and business to additional Appalachian Ohio counties with the support of a two-year, $364,000 award from the Bill & Melinda Gates Foundation.

BB2C’s initiatives include job shadowing, internships, career fairs and other experiences for students, as well as connecting businesses and teachers to create lessons that build critical thinking skills. Its innovative model of infusing local economic development with educational outcomes has grown since its launch in 2012. Its original mission was to build a “K-12 college and career readiness continuum,” as the program’s official history puts it.

“Lots of people were coming to us, asking us how we do what we do,” said Tasha Werry, BB2C executive director.

The important connection between education and business is at the core of BB2C’s work. For example, when they decided to open a business incubator in 2016, student involvement was a fundamental consideration. Clients must agree to participate in BB2C’s career exploration and professional experience programs for students.

As a long-term partner, Ohio University’s Voinovich School of Leadership and Public Affairs assisted BB2C’s initial opening of the Epicenter in January 2017 in two rooms of the Marietta Armory on Front Street. Before the year was out, the program had already aided 40 businesses and needed its own space. In 2018, the incubator moved across the Muskingum River into a historic brick building and added a makerspace.

Word of BB2C’s progress spread, and Werry started fielding those calls for advice and insight.  “We were willing to talk to them and give them tours, but to go out and spend time showing others how to do this, we had to increase our capacity,” she said.

With help from the Voinovich School’s Social Enterprise Ecosystem and Leveraging Innovation Gateways and Hubs Toward Sustainability (LIGHTS) programs, which are funded through the Appalachian Regional Commission, as well as the Voinovich Academy for Excellence in Public Service, Werry and her team developed a three-phase plan to begin outreach in the 25-county Appalachian Ohio region. Only one thing was missing: the money to make it happen.

The School has used ANEP funds as the required match for state or federal funds that launch or sustain a program. For example, ANEP dollars paired with funding from the U.S. Small Business Administration support the Ohio University Small Business Development Center and Procurement Technical Assistance Center programs, which serve two-thirds of Ohio’s 88 counties. In 2019, PTAC successfully connected small and mid-sized business owners with federal, state and local government contracts worth more than $952 million.

In BB2C’s case, the ANEP funds provided vital support as the organization began planning its growth. At the same time, Jim Mahoney, assistant professor of practice at the Voinovich School, introduced Werry to a representative for the Bill & Melinda Gates Foundation. The foundation saw an opportunity to support BB2C in sharing with other community and state leaders, the positive outcomes from their experience, and invited them to submit a proposal.

“We are extremely proud of the Voinovich School’s efforts to support Building Bridges to Careers over the years and this latest investment,” Ohio University President M. Duane Nellis said. “It’s crucial for Ohio University to continue to support job creation and expansion in Southeast Ohio.”

The invitation and successful proposal reflect the regional, collaborative nature of BB2C’s intended expansion, Werry said. To succeed, the program must provide progress data and information to community leaders. The Bill & Melinda Gates Foundation funding provides added capacity to BB2C so they can build a compelling case from data and best practices based on BB2C’s experiences, and more students can benefit.

“We have to educate and inform leaders and decision makers. We have to convince somebody,” Werry said. “The proof is in the pudding, right?”

“The Appalachian New Economy Partnership funding has been one of the best investments ever made to transform southeastern Ohio,” said John Carey, then ODHE chancellor, in 2018. “By leveraging this capital with the resources, partnerships and talent of Ohio University, the Voinovich School’s been able to make real progress impacting communities and individuals in the region.”

Werry agrees with that assessment.

“The Voinovich School was the first to step up to support our expansion plan,” Werry said. “They’ve been there along with us every step of the way.”