As a Bobcat Battalion cadet/student, you will be part of a small fellowship of Ohio University students who have committed themselves to national service, in training to be soldier/leaders. Our first-year cadets begin their academic lives as part of the Army ROTC Learning Community, living together in the Convocation Center. You and your fellow cadets will meet three mornings per week for physical training, and every Wednesday you will “show your colors” by wearing the Army OCP uniform to class. This chart shows what the normal expectation is for a cadet. Each cadet will take ONE military science class per week and attend leadership lab on Wednesday and physical training on Monday, Wednesday, and Thursday mornings.

As a student/cadet, you will find there is a group of students, Army officers, and academic experts standing by to ensure your academic experience at Ohio University is the best it can be. Our priority for you as a cadet/student is:

Cadets form into a team of 9 and compete against 37 other teams at Fort Knox, KY, in a test of physical and cognitive feats. Cadets train in the first semester for the competition. Events include construction of and crossing a one rope bridge, simulated hand grenade tossing, obstacle courses, road marching, and many other technical events.

All cadets have the opportunity to earn the GAFBP annually during the Fall Semester. Cadets compete for Gold, Silver, and Bronze ratings. Events include M9 pistol shooting, road marching, a fitness test, and swimming among others. Cadets who earn the badge may wear it on their dress uniform for the rest of their career.

Each year the program sends a four-cadet team to compete in local 3 Gun Shoot consisting of rifle, pistol, and shotgun shooting. Cadets work with a former Special Forces soldier as they go through the course.

Cadets form into two person teams and compete in male, female, and coed categories in a competition similar to the Bold Warrior competition. The competition occurs on the Xavier University campus and requires mental and physical toughness and stamina.

The program sends a team of cadets each year to Washington, DC, to compete in the Army 10 Miler. Cadets unable to attend can run a virtual race on campus with the program. 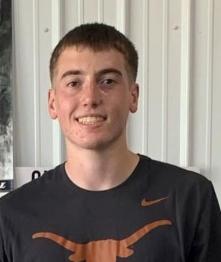 “Deciding to join the Bobcat Battalion is one of the best decisions I’ve made. I have met some great friends and my education is being paid for. I have been pushed to my limits and been made stronger because of it. I am fortunate to be a member of one of the best ROTC programs in the nation. The friends made in ROTC are your friends for life!”
—Cadet Charles Cook 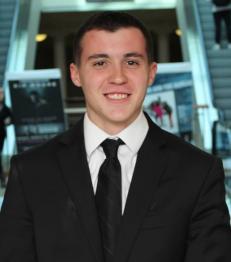 "Joining the Bobcat Battalion was one of the best decisions I have ever made, not because of the affordable education or the guaranteed honorable career, but because of the opportunity to grow so close with some of the best people I believe I will ever meet. The cadets I work with every day, my friends, are such a cut above the average college-aged student. The Bobcat Battalion prepares cadets to strive for academic, athletic, and moral success.  Learning those skills becomes much easier knowing my cadre and my cadet-friends are all behind me, treating me like family.  As an out of state student, I was worried my transition to Ohio would be difficult, but the Battalion leadership and my close friends in the program have made my time in Athens truly unforgettable!"
—Cadet Richard Danylo 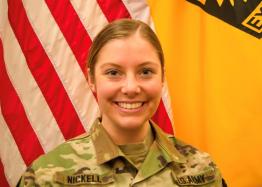 “The Bobcat Battalion is comprised of Ohio U students who are willing to exceed the normal standard, day-in and day-out. Being a cadet in the Bobcat Battalion has not only pushed me to reach my goals, but to exceed them: academically, physically, and mentally. The growth I’ve experienced, because of our cadre and my peers, is immeasurable.  I have made friendships and created memories I won’t forget! Being a part of such a top-tier organization isn’t easy, but it pays off—successful, confident, tenacious leaders are created and tested in the Bobcat Battalion!”
—Cadet Carissa Nickell