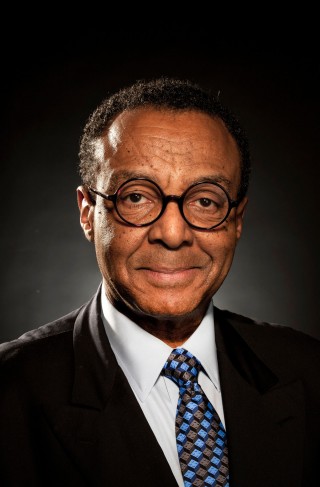 Page has worked for the Chicago Tribune since graduating from OHIO — an “amazing journey,” according to Dr. Robert Stewart, director of the E.W. Scripps School of Journalism.

“He’s made one of those enduring contributions to society through his commentary,” Dr. Stewart said. “We don’t normally give this award to alums. I think he’s only the second alumnus to ever receive this award. The reason he’s receiving it is because of his significant contributions to society through his syndicated columns that are read coast-to-coast.”

In addition to receiving the Carr Van Anda Award, Page will be sharing some words of wisdom during the first OHIO Talks series presented by the E.W. Scripps School of Journalism in collaboration with OHIO’s Office for Multicultural Student Access and Retention (OMSAR).

OHIO Talks is a new series similar to the “90 Minutes Series” that addressed subjects such as racism, sexism, politics and other global topics.

Page’s talk will be free and open to the public, and it will take place after he accepts the Carr Van Anda award.