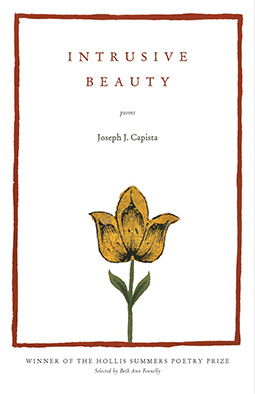 Named for the distinguished poet who taught for many years at Ohio University and made Athens, Ohio, the subject of many of his poems, the Hollis Summers competition invites writers to submit unpublished collections of original poems for publication. Winning manuscripts are published by Ohio University Press and awarded a cash prize.

Since its inception in 1997, the Hollis Summers Poetry Prize has been awarded to such celebrated contemporary poets as Kwame Dawes, Michelle Burke, Joshua Mehigan, Penelope Pelizzon, and Jason Gray, among many others.

The most recently published Hollis Summers book is poet Joseph J. Capista’s, “Intrusive Beauty,” which was released by the press in March of this year. In his powerful debut, Capista traverses earth and ether to yield poems that elucidate the space between one’s life and one’s livelihood. While its landscapes range from back-alley Baltimore to the Bitterroot Valley, his book remains close to unbidden beauty and its capacity to sway one’s vision of the world.

Forthcoming from Ohio University Press in 2020 is Julie Hanson’s, “The Audible and the Evident,” the final manuscript to be selected under longtime general editor David Sanders.

J. Allyn Rosser will assume her general editor duties this summer and will be involved in the selection of the next manuscript.

The Hollis Summers Poetry Prize competition draws hundreds of manuscripts each year from both emerging poets as well as poets already established in the genre. The submission period for this year’s Hollis Summers Poetry Prize (with publication in 2021) is open until Dec. 1, 2019. Manuscripts for consideration should be between 60 and 95 pages in length, and simultaneous submissions are welcomed. The final judge for the competition will announce the winner in April of 2020.

For more information about the prize, or to submit a manuscript, please visit: https://ohioswallow.com/poetry_prize. 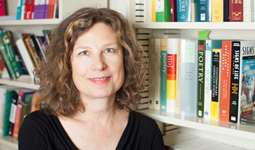