An earlier version of this article said that there were only seven OHIO recipients of the 2018 Fulbright award. There are ten recipients. This version has been corrected to include Devon Swanson, Madeline Shaw and Karie Whitman.

The program offers research, study and teaching opportunities in more than 140 countries for graduating seniors and graduate students.

“Ohio University’s students have a longstanding tradition of pursuing excellence in research, teaching and scholarship, both inside and outside of the classroom,” said Ohio University President M. Duane Nellis. “This year’s Fulbright awardees are a shining example of the national and international success of our students and the types of opportunities that OHIO’s combination of rigorous academic course offerings and knowledgeable, supportive faculty can provide.” 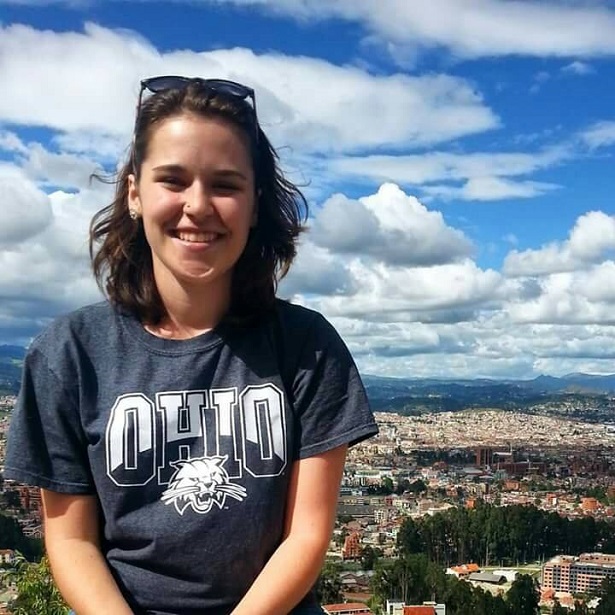 undefinedLaura Gilbert Gilbert, a linguistics and Spanish major, will be traveling to Brazil to assist teaching University-level English foreign language courses. “I had already planned to teach English as a foreign language after graduation, and Fulbright was a great opportunity to gain more teaching experience as well as integrate into a new community abroad and practice a foreign language,” Gilbert said. In addition to teaching, Gilbert will prepare for a national Portuguese proficiency exam, CELPE-Bras, while she is abroad. She will complete CELPE-Bras near the conclusion of her grant. Gilbert, whose reaction to being selected for a Fulbright award was shock and joy, encourages all OHIO students to consider applying for a Fulbright grant opportunity. 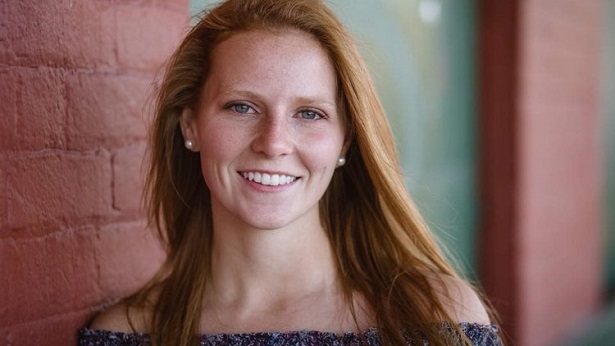 undefinedSydney Pence A biological sciences major in the Honors Tutorial College, Pence will travel to Zürich, Switzerland to research amylin, a peptide hormone, and its important functions. “I chose where I wanted to go based on the work I wanted to do and the mentor I wanted to learn from. I knew that I wanted to research in Dr. Thomas Lutz’s lab, located at University of Zürich,” Pence said. “I aim to further understand the mechanisms which control amylin’s functions by researching its receptors and co-localizations in the brain.” Pence found a passion for research during her undergraduate career. The Fulbright award will provide her an opportunity to further that passion while offering hands-on experience. 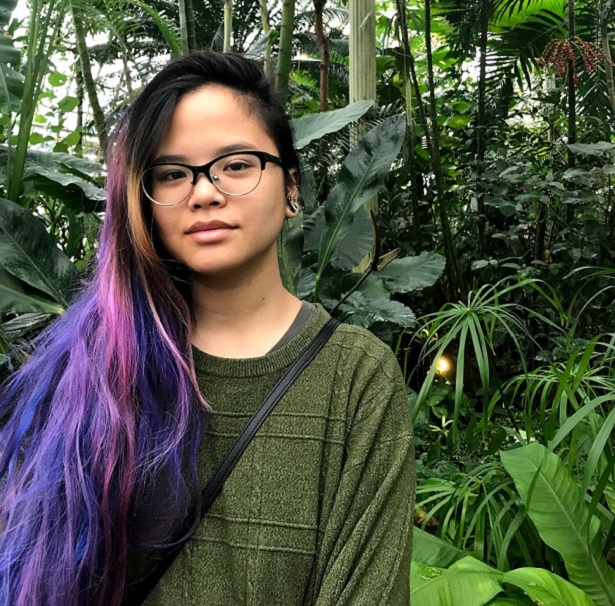 undefinedMailé Nguyen An Honors Tutorial College student majoring in theater stage management, Nguyen* will be traveling to South Korea to study as an English Teaching Assistant in a secondary school. Nguyen, who recently received their Teaching English as a Foreign Language (TEFL) certification in Japan and loves to travel, says they applied for a Fulbright award because, “I wanted to really immerse myself in another culture by learning a new language and engaging with the community. Fulbright has a reputation of cross-cultural exchange, and I really wanted to be a part of that. Nguyen feels the Fulbright application process has been a growing experience and is excited to have been chosen. Having previously visited Seoul, they are looking forward to experiencing more of the country outside the city and enjoying the Korean food they love. 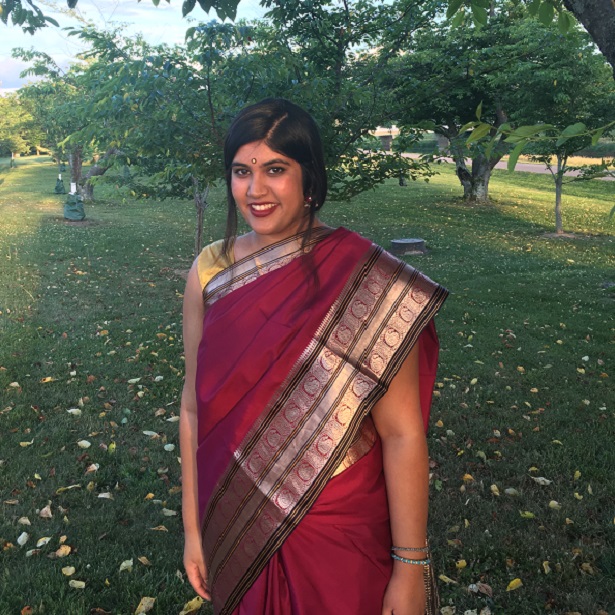 undefinedReiya Bhat A political science major in the Honors Tutorial College also earning a minor in Spanish and a women’s, gender, and sexuality studies certificate, Bhat will be traveling to Madrid, Spain to serve as an assistant English teacher in a local secondary school. “I have wanted to live in Spain since I was in high school, so I am thrilled with this opportunity. Spain is very culturally diverse and I feel like there's so much I can learn from visiting different parts of the country,” Bhat said. Bhat, who has previously volunteered in a kindergarten English classroom in Turkey, enjoys working with young language acquisition students. Having completed a Teaching English as a Foreign Language (TEFL) program in Cuenca, Ecuador through OHIO, she is looking forward to the opportunity to immerse herself in the culture of Spain while providing something back to the community. “I have felt such an outpouring of positivity from people since applying for this award and finding out I have received it. I am incredibly excited for this opportunity in Spain, and I know it would not have been possible without all the help and support I've received along the way,” Bhat said. 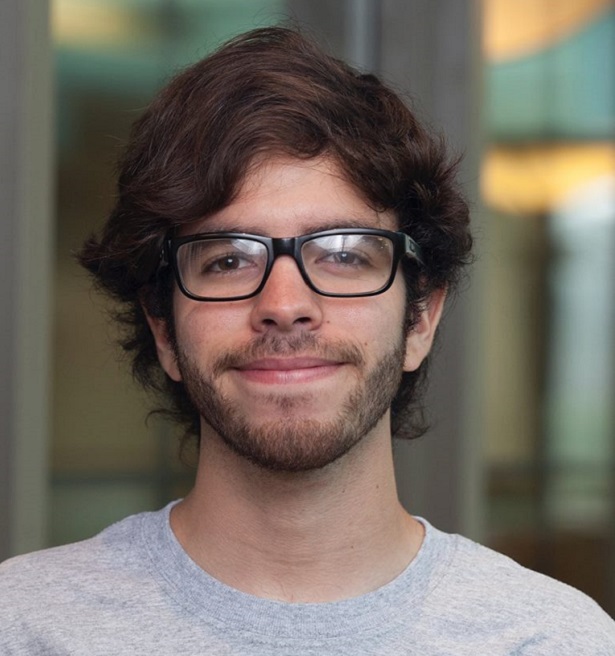 undefinedFrancisco Cintron An Honors Tutorial College student majoring in history, Cintron will be continuing his research on Spain’s medieval period, a time characterized by great religious and ethnic diversity, in Madrid.  Cintron applied for a Fulbright because he knew “it would be an excellent way for me to continue my research with the resources I need in Spain.” Cintron, excited to get the opportunity to further his research, is happy that the hard work that went into his proposal, by him and so many others supporting him has come to fruition with the Fulbright award. “I'm excited to get the chance to perform the research I proposed to do,” Cintron said. “I'll be researching the internal legal affairs of Christians living under Muslim rule after the Islamic Conquest of the Iberian Peninsula.” 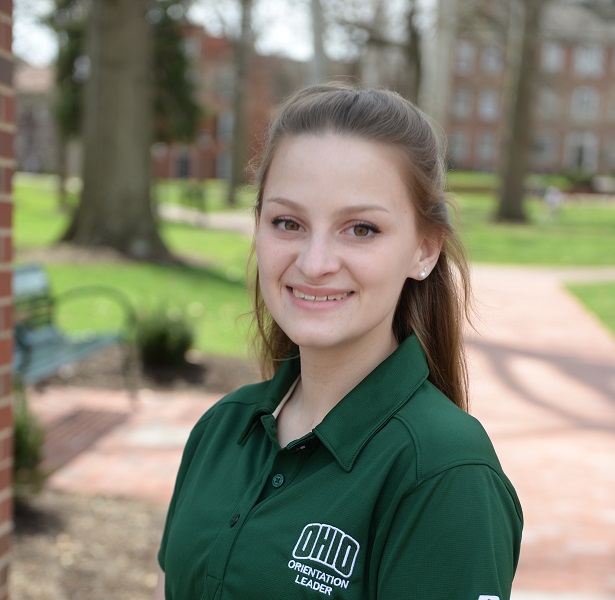 undefinedSadie Lamparyk Lamparyk, a communication sciences and disorders major also earning a certificate in teaching English as a foreign language (TEFL), will be traveling to Malaysia to teach English at a secondary school. Lamparyk, who wanted an opportunity for a different type of educational opportunity before returning to the educational community at the graduate level, has thoroughly enjoyed her TEFL courses. “I cannot wait to use my cultural and linguistic understanding to help others learn English/American culture,” Lamparyk said. Lamparyk is looking forward to spreading her OHIO Bobcat pride in Malaysia. “I hear that we have a pretty strong alumni base / connection in Malaysia! As a graduating senior this all seems surreal and I cannot believe OHIO has provided me with so many excellent opportunities,” Lamparyk said. Lamparyk is grateful to Fulbright for this opportunity, “I am looking forward to this next great adventure in my life.” 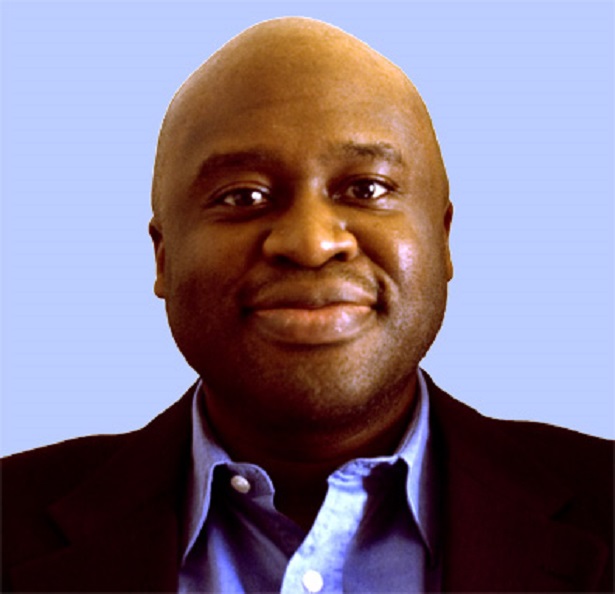 undefinedSeph Callaway III Callaway, a graduate student receiving a Master of Fine Arts in painting and drawing, will be creating and researching art in Brazil. “I chose this place because my research involves the possible Afro-Atlantic kinship potentially shared between Afro-Carolinians/black Americans in the Low-country U.S. and Afro-Brazilians in northeast Brazil, specifically in Bahia,” Callaway wrote. “I will be looking for similarities that could prove the transatlantic kinship between Afro-Brazilians and Afro-Americans given the shared transatlantic history of the Middle Passage.” Callaway has secured a studio to make art and will be working closely with fine artists and art historians at the Universidade Federal de Recôncavo da Bahia in Cachoeira. Callaway will also present public talks about art to the community. Having received the award, Callaway feels “a sense of great accomplishment and security in my career path going forward.” Callaway encourages all students to consider international travel. “The importance of second and/or third language acquisition is extremely important in the 21st century. In many instances, research in a non-English speaking country has not been and may never be translated. To acquire such research is important because it allows researchers access to subject matter yet to be accessed by English speakers.” 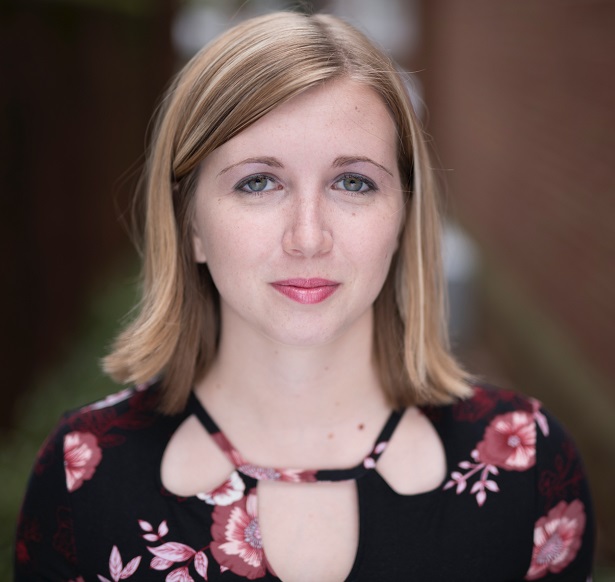 undefinedDevon Swanson Swanson, a theater acting, English creative writing and Spanish triple major, will be teaching English in the La Rioja region of Spain. Having traveled aboard to the Galápagos Islands off the coast of Ecuador last summer, Swanson wanted to further her passion for the Spanish language and gain new experiences outside of Latin America. “I want to dive headfirst into the rich history and beautiful culture the country of Spain has to offer, which has always fascinated me,” Swanson said. Swanson feels honored and excited to have been selected for the award. “I applied for a Fulbright because I believe that new language acquisition and international relationships are two of the most important and engaging subjects in our world today,” she said. “I applied because I wanted to teach students about the global world and give them the opportunity to explore it for themselves through language.” 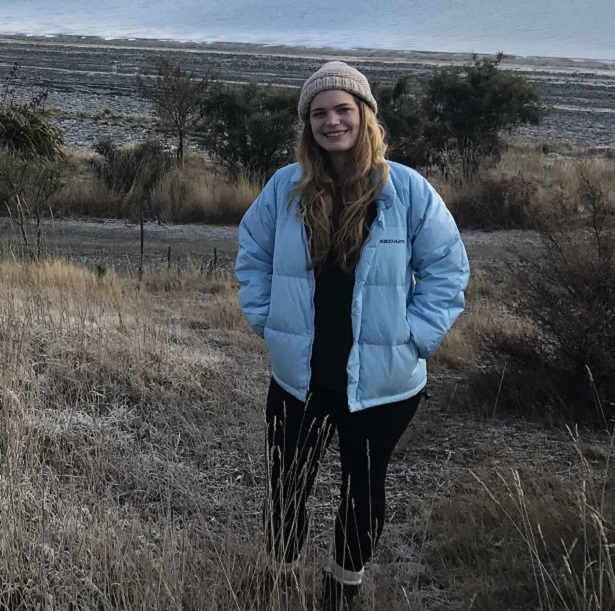 undefinedMadeline Shaw Shaw, an integrated language arts and English major, will be traveling to South Korea to teach high school English. Shaw said that she had previously been looking to teach in South Korea before attending a campus meeting and hearing about Ohio University's past success with Fulbright applicants. “I was enthralled by the nuances of the Fulbright program and its role in promoting positive exchanges between the United States and other countries,” Shaw said. Shaw also noted that, while it's bittersweet to be leaving her current teaching situation in the United States, she is wholeheartedly thankful for her upcoming opportunity in South Korea and looks forward to gathering skills that she can share with others after her once-in-a-lifetime Fulbright experience. 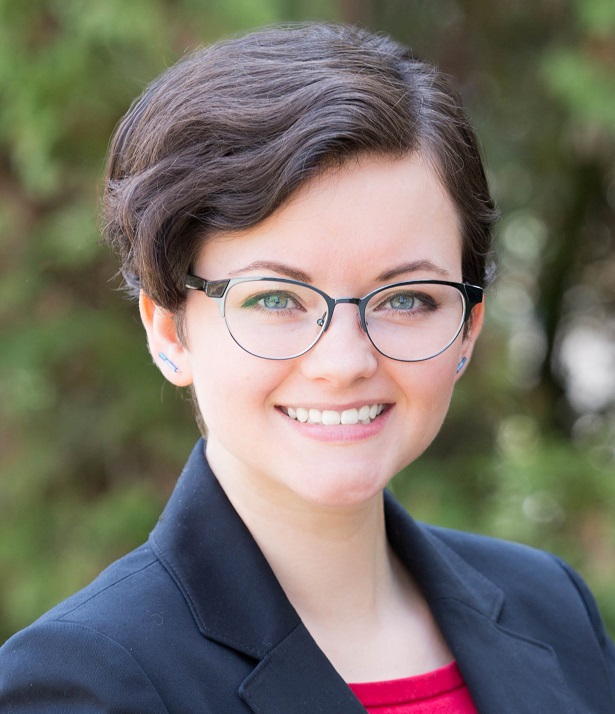 undefinedKarie Whitman Whitman, a graduate student who received her Master of Science in environmental studies in 2017, is the first OHIO Fulbright Awardee to travel to Madagascar.  She will explore sustainable rice agriculture methods to address food security and mitigate deforestation. Whitman, who has previously traveled to Madagascar, said, “I learned a great deal while I was in Madagascar for my master’s thesis, both from my research and the people I met there, and I felt compelled to return.” “I knew it (the Fulbright award) would be a great opportunity that would allow me to be in Madagascar for a longer period time than I might otherwise be able to, contributing to the quality and usefulness of my research, while strengthening cooperative relationships between American and Malagasy researchers,” Whitman said. Whitman will leverage local community knowledge and connections with Malagasy researchers and non-governmental organization practitioners to identify solutions for the Maromizaha region that promote best practices for both rice agriculture and community-based protected area management. In addition to research, she will also be sharing and discussing the findings of her master’s thesis with local organizations and communities, which she feels is an important part of being a responsible researcher. “Madagascar is one of the world’s most significant biodiversity hotspots and, as an island nation with soils prone to erosion, it is also particularly vulnerable to the effects of climate change. Because of this, food security and biodiversity conservation are tightly knit in Madagascar. I wanted my research to contribute to both the conservation of Madagascar’s unique biodiversity and the sustained livelihoods of the people who live there,” Whitman said.   *Editor’s Note: Mailé Nguye prefers gender neutral pronouns.