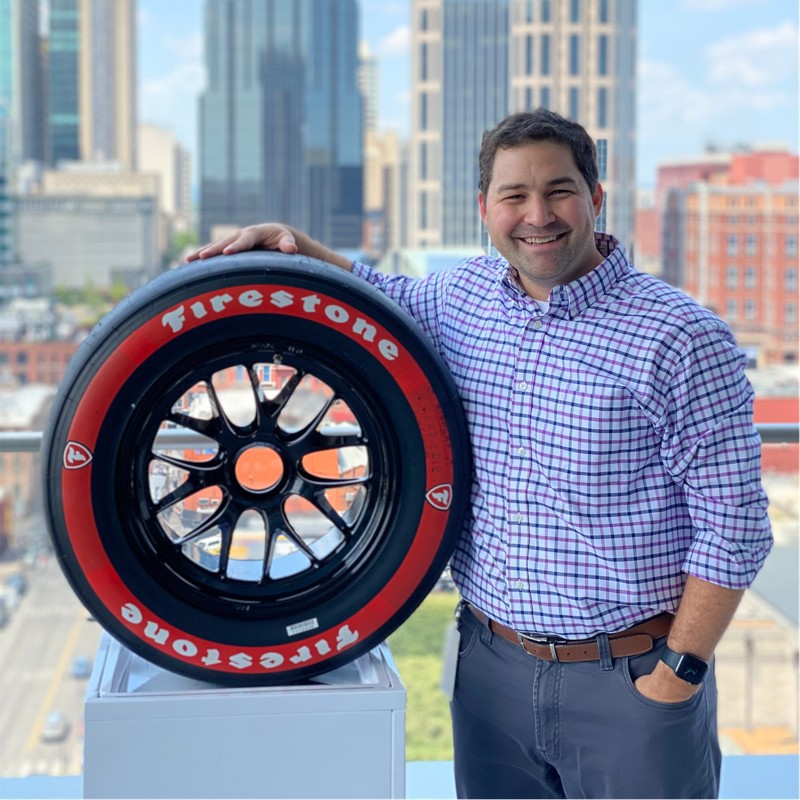 “I was the kid who played football video games and did the play by play of what was happening in the video game,” said Cawley with a chuckle. “I wanted to go to college somewhere that had a reputable communications program and somewhere that offered a lot of hands-on experience. The opportunities that existed at Ohio University and particularly at WOUB set it apart from other universities.”

Cawley is from Painesville, Ohio near Cleveland and spent his freshman year adjusting to college and exploring campus. During his sophomore year, the broadcast journalism major got involved at WOUB.

“I started working AM radio,” said Cawley. “Those 5:30 a.m. morning radio shifts were tough. But I was able to learn and grow.”

“It was great professional experience learning broadcasting and leadership skills.”

Cawley’s first job after graduation was at WTAP in Parkersburg, West Virginia. He was the weekend sports anchor. After about two years there, Cawley moved with his girlfriend, now wife, to Chattanooga, Tennessee. He got a job at the NBC affiliate as a videographer.

“At WOUB, I did a little bit of everything, and I learned how to shoot video,” said Cawley. “The ability to learn all of the different aspects and have that hands-on experience helped me get my foot in the door in Chattanooga and prove myself.”

About nine months later, Cawley was able to move into the weekend sports anchor position at the station, and by 2009, he was named sports director. It’s a position he kept until 2014, when Cawley and his wife decided to move to Nashville.

“My wife had a professional opportunity to come back to her home in Nashville, and I got a job at a small tech marketing company called TechnologyAdvice,” said Cawley. “I transitioned into another career path using the skills of the TV broadcast and journalism world.”

Cawley found that there are many skills you develop in media that help you to be successful outside of the industry.

“In television you are a project manager, you have to work under tight deadlines, you have to be flexible, and you have to know how to problem solve,” said Cawley. “In looking for a job in corporate communications, those are all very important. And the rest is storytelling that we as journalists have naturally.”

In April of 2015, Cawley got a job in corporate communications at Bridgestone – the world’s largest tire and rubber company. The first year, he was an IT internal communications specialist. But his background in sports helped open another door for Cawley.

“Bridgestone Americas has a sports partnerships division,” said Cawley. “I was able to move into that department and manage communications related to the company's Worldwide Olympic and Paralympic Partnerships, as well as communications around its relationships with the NFL, NHL, PGA TOUR and the NTT INDYCAR SERIES.”

“WOUB offered me the ability to do so many different jobs behind and in front of the microphone and camera. Being able to manage projects, solve problems, be flexible with change, roll with adversity and overcome obstacles, you learn that by flexing the muscle at WOUB,” said Cawley. “The ability to get that hands-on experience at WOUB, you can’t trade it for anything. There’s no better way than to learn by doing. You are able to make and learn from mistakes. The freedom and flexibility to learn and grow that WOUB offers is invaluable.”