VARIANT Magazine goes behind the scenes at Columbus Fashion Week 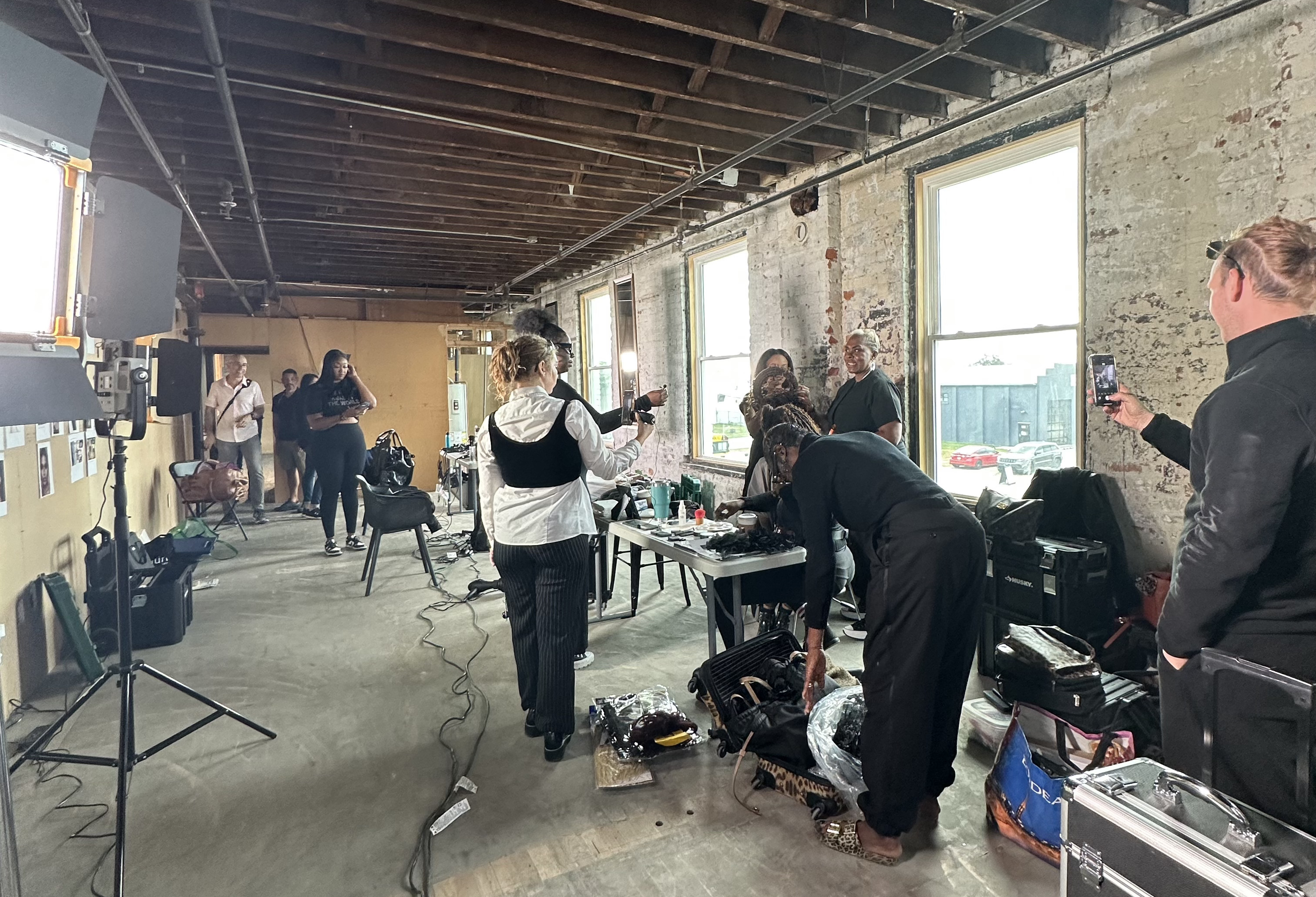 VARIANT Editor-in-Chief and senior Marguerite Augier explained that Thomas McClure, founder and executive director of Fashion Week Columbus, reached out to the student organization offering the opportunity to collaborate with the fashion officials and participate in the week’s events, which were held Oct. 9-15.

“I was really grateful for Thomas McClure, Fashion Week Columbus and the council for allowing VARIANT, a small student organization that’s located an hour and a half away, to come into their space in Columbus and participate as students,” Augier said. “The learning opportunities were abundant for all of us and the generosity they showed of letting us into their space, especially when it can be so hectic and busy, and allowing us that opportunity, I really appreciate that.”

For the students, the lookbook event was a chance to see the similar scene of a fashion photography session but at a higher level. Throughout the day, all nine designers for the fashion week had a photoshoot with a model showcasing their work, which included going through hair and makeup, fittings, and getting photos taken.

“As soon as the first model came, all hands were on deck and things started flying into action. I was like, ‘wow,’” Cydnee Livingston, senior creative director of VARIANT, said. “It’s like a beehive. Everyone is working and doing their part, and it’s really cool to see.”

The students got to see each step of the process, including viewing the finished photos and videos on the computer in real time. They were also able to make connections with the crew.

“Thomas McClure was gracious enough to let us do our own thing; he told us to just run wild with it,” said Anna Birk, a senior and VARIANT’s executive editor. “So we got a lot of interviews with the designers who were there, walked around hair and makeup and saw that process, and were able to go into the actual photoshoot area as well.”

During the lookbook event, the students also got a firsthand look at how the fashion council and designers critique fittings in real time.

“Getting to see Thomas and the other board members really taking charge of the situation and fitting was most interesting to me,” Augier said. “To the basic untrained eye, I would have never noticed those details and seeing someone in their professional element really take charge of it and point all of these things on the clothing that they loved or that needed tweaking was really interesting to see.”

Livingston agreed that witnessing the board members’ eye for detail was a highlight.

“It was really interested to see fashion vernacular used in real time, like them criticizing or critiquing the stitching or the tucking, and all those different technical terms that you hear,” Livingston added. “I really saw how important construction is, and I’ve been trying to teach myself that so seeing how much it actually matters was really exciting.”

Besides the lookbook event, some VARIANT members also volunteered for the tea party event and the finale runway show.

At the tea party event, sophomore and VARIANT head of video Olivia Lutz, who also attended the lookbook event, helped set up tables and directed people as they arrived at the hotel. She took the opportunity to create content, taking videos with some of the attendees.

During the finale event, Lutz, along with Katie Johnson, a junior and VARIANT’s head of styling, set up chairs and directed people to seating.

The two noted they were also at “the right place at the right time” and got an opportunity to head into the VIP room to help serve food and drinks to the VIP members. The room was set up as an exhibit of all of the designers’ work.

“There were a lot of opportunities there and people making connections,” said Johnson. “I really liked seeing people in their element and working hard. It’s super neat and fulfilling, especially if you want to go into the industry. It was such a good learning experience.”

For Lutz, the access VARIANT provided to the event was just another benefit of being involved in the student publication.

All students expressed gratitude for having the chance to be a part of the fast-paced environment and having the opportunity to make connections with the event’s staff, designers, models, and guests.

Highlights of the trip are available on VARIANT’s Instagram profile to view.

Editor-in-Chief – Marguerite Augier, a journalism news and information major with minors in Spanish and marketing, from Chagrin Falls, Ohio

Head of Styling – Katie Johnson, a communication studies major with a minor in journalism, from Heath, Ohio

Head of Video – Olivia Lutz, a media arts production major with minors in music and retail and fashion merchandising and a social media certificate, from Zanesville, Ohio

VARIANT produces a fashion magazine each semester, with this semester’s edition slated to publish late fall semester. Check out their content throughout the academic year at variantmagazine.com.