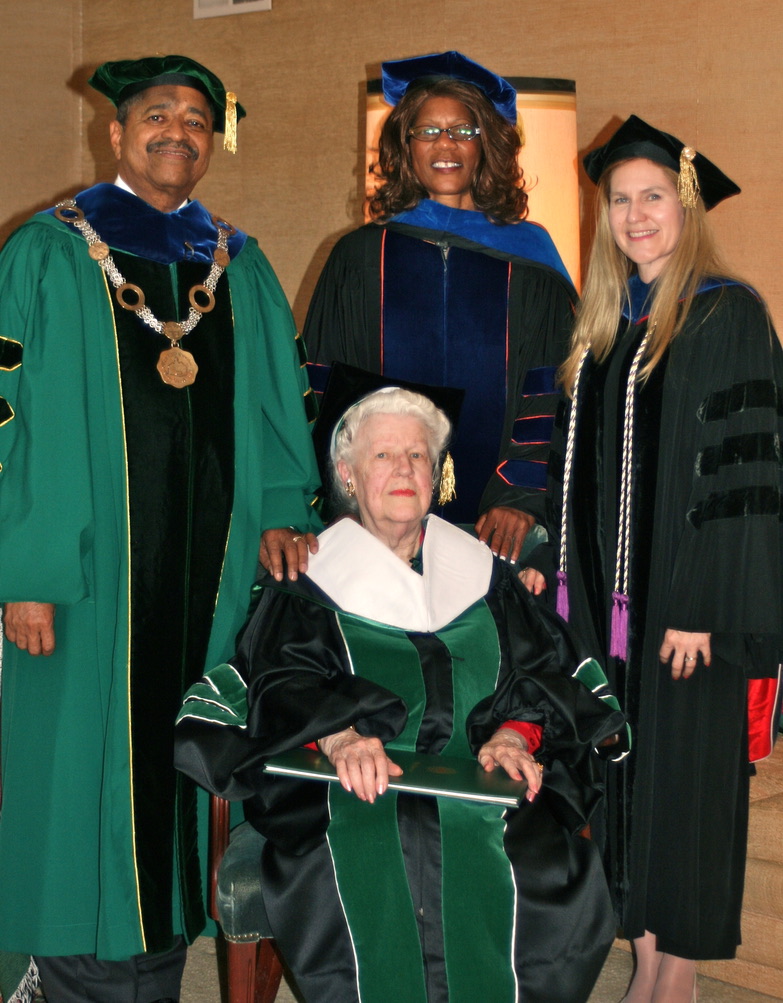 Patton maintained a devotedness to education, the arts and to OHIO throughout her career.

In 2010, she announced a $13.3 million gift to benefit arts education at Ohio University through the construction of the Violet L. Patton Center for Arts Education, as well as a $28 million gift to the College of Education, now named the The Gladys W. and David H. Patton College of Education in honor of her parents. It was the largest gift to any college of education in Ohio, and the second-largest single gift to any college of education in the U.S. In 2019, as Patton was celebrating her 103rd birthday, she increased her gift commitment by an additional $22 million. She wanted her gifts to expose all students at OHIO to the arts.

“Dr. Violet Patton has been an ardent supporter of Ohio University, and her transformational gifts to her alma mater will ensure her legacy and aspirations will be carried forward by our students for years to come,” said Ohio University President Hugh Sherman. “We will always remember Dr. Patton fondly for her generosity, support and dedication to education. She will be missed.”

Patton was preceded in death by her parents, David H. and Gladys W. Patton, long-standing supporters of public education.

Born in 1916 in Williamsburg, Ohio, Patton grew up surrounded by educators. Throughout her childhood, her father, David Patton, worked as a teacher, principal, and superintendent in school systems across the country.

Patton grew up following in her parents' footsteps with an interest in education, but she also had a vibrant passion for art. After receiving her undergraduate degree in Arts Education from OHIO, she taught at Wapakoneta Public Schools for four years, and each summer would travel to New York City to pursue her dream of becoming a couture designer.

She spoke at many conferences, sharing her knowledge of arts education. She translated a background in the arts to a series of spelling, arithmetic, and etiquette textbooks for elementary school children that became the national standards and were adopted by many states. Patton also developed training programs for art teachers while at the Alliance and Wapakoneta school districts in Ohio, where one of her students was Neil Armstrong.

In her time as a teacher, she continually worked to revitalize and enhance education, specifically arts education. At her first job with Wapakoneta Public Schools, she developed training programs for art teachers while she worked in the Wapakoneta and Alliance school districts, and later shared that training with future educators as an assistant professor at Miami University. After attending Columbia, Patton got a job at Rutgers in the art department, teaching costuming and interior decorating.

In 2020, the national nonprofit Council for Advancement and Support of Education awarded Patton the James L. Fisher Award, which “celebrates individuals, organizations, foundations, corporations or publications for their extraordinary impact on education nationally or globally, beyond service to a single institution or state,” according to the CASE website.