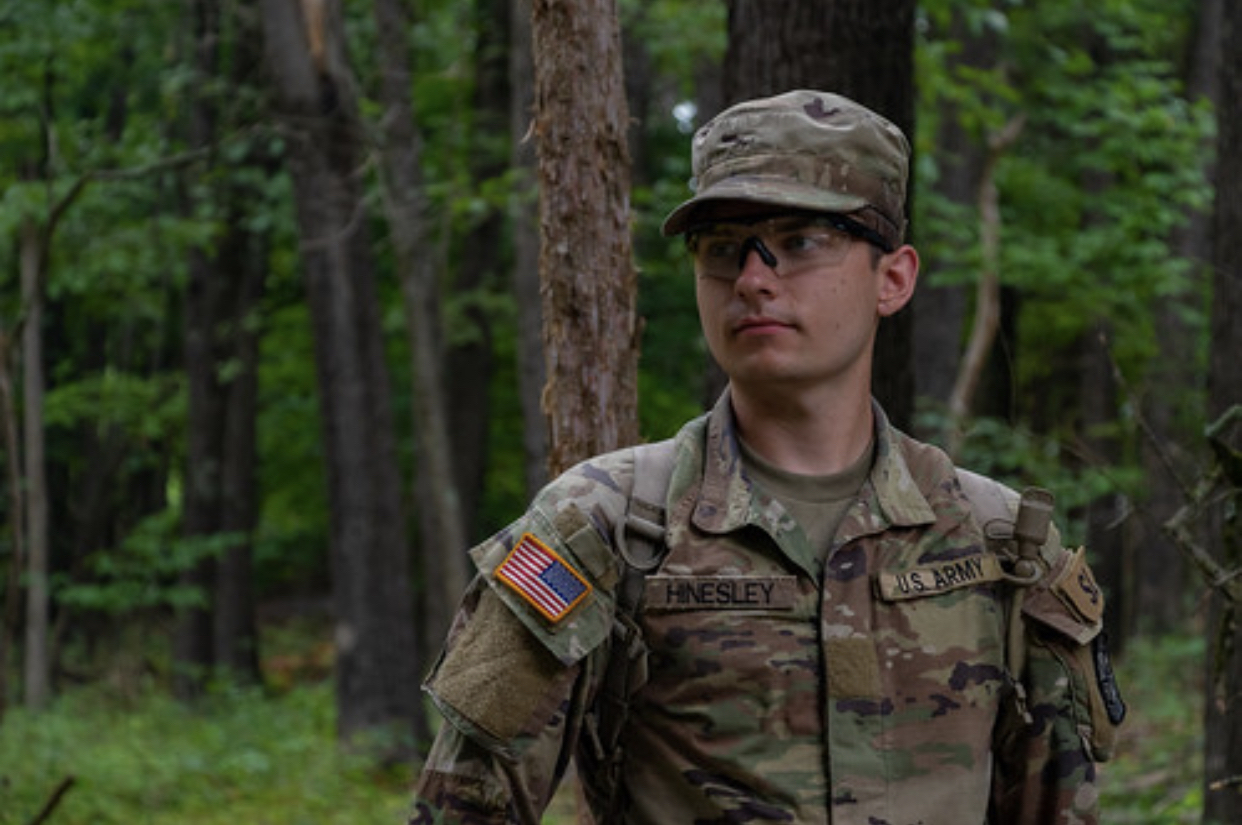 Each year, Army ROTC cadets are eligible for competitive training opportunities that expose them to careers that match their academic and personal interests. These opportunities provide unique three- to four-week experiences where cadets serve in lieutenant-level leadership positions in active-duty units.

“The experience our cadets gain is invaluable and allows them to observe other leadership styles and develop their own leadership skills,” said Troy Lovely, who leads the Army ROTC at Ohio University. “I am always excited to hear their stories and see the passion ignited for the leadership profession they are about to embark on.”

Carissa Nickell, a psychology major in the College of Arts and Sciences, served in Fort Stewart, Ga., as an Army Medical Department intern at Winn Army Community Hospital, a small hospital for active-duty military personnel, their dependents, and military retirees. She completed rotations in pediatrics, physical therapy, occupational therapy, labor and delivery, and the postpartum mother-baby unit. Nickell learned how to draw patient labs, drew blood, learned how to read and interpret all labor and delivery monitors, and learned how to assist in natural deliveries. 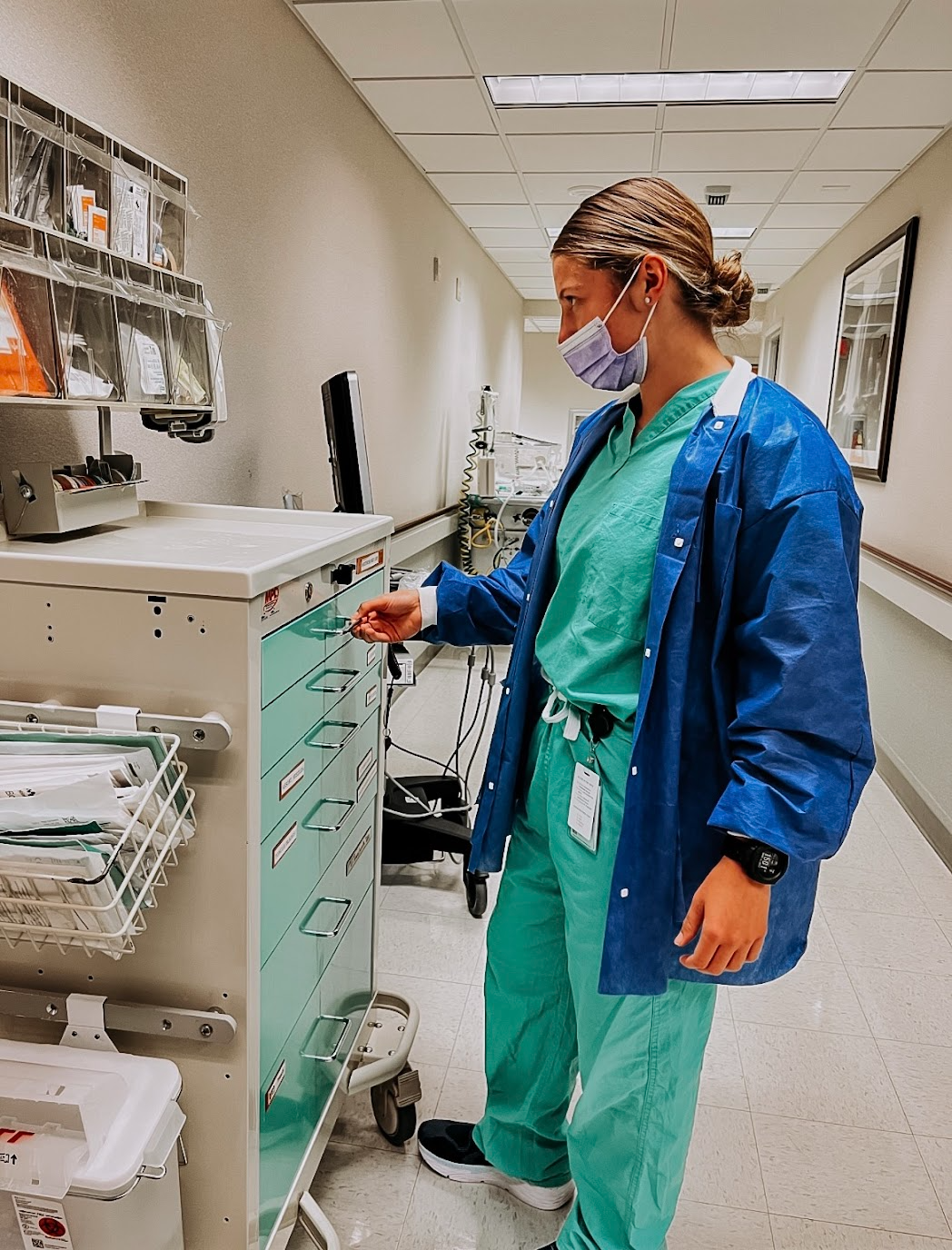 “There was a culture of respect and it was really learning-oriented. All of the nurses and providers there were really enthusiastic about getting us that hands-on experience that you literally cannot get as a nursing student; you can’t get that anywhere else,” Nickell said. “They were really helpful in making sure we were learning and doing rotations in the hospital that would kind of help us figure out what we wanted to pursue post undergrad.”

Nickell said the highlight of her experience was being in the labor and delivery and postpartum units. Nickell participated in more than 10 deliveries, scrubbed in on a Cesarean section, and got to hold newborns and take their vitals. She connected with other cadets from around the nation and learned from nurses and providers with extensive military and civilian experience. This experience led Nickell to realize her passion for nursing, specifically for labor and delivery and midwifery. She is now planning to pursue a master’s degree in nursing to become a Certified Nurse Midwife/Certified Nurse Practitioner.

Richard Danylo, a chemical engineering and computer sciences major in the Russ College of Engineering and Technolgoy, travelled to Germany. He plans to matriculate into medical school next fall, so he shadowed doctors to better understand the Army physician lifestyle. He met with around 40 doctors and went to 10 different clinics to explore several medical specialties. He scrubbed into more than 10 surgeries, which was a unique experience for an undergraduate student. The Army doctors gave him advice about applying to medical school and let him use their medical libraries to conduct research.

Danylo described getting to scrub in on a shoulder repair surgery.

“The doctor had me retracting skin…and this was probably like a two-hour surgery. I didn’t know it but apparently, it’s a rite of passage that a lot of people, when they start to go through surgery rotations in medical school, (they) get to the point where they might pass out, they start sweating because they get tired from doing grunt work like that,” Danylo said. “One of the other physicians in the room saw me really sweating but I made sure I didn’t say anything. Afterwards they had a congratulations for me… because I was now inducted into surgery.”

This experience made Danylo consider going into surgical oncology and confirmed that medicine is the career he wants to pursue. Danylo said he appreciated all the mentors he met in Germany, the mentors he has here at OHIO who helped him get the internship, and the University for facilitating the ROTC program.

Nate Frimel, a history and political science major in the College of Arts and Sciences, was also in Germany this summer, after completing his required training at Fort Knox, Kentucky. He was attached to Charlie Company in the 1-214 General Support Aviation Battalion. In Army Aviation, the Charlie Company of every battalion is the medical evacuation (MEDEVAC) detachment, so the pilots focused on rescue missions. Frimel learned about topics like helicopter aerodynamics and the most efficient way to manage Army personnel.

“I was able to establish effective relationships with almost everyone there,” Frimel said. “From the pilots to the mechanics, the experience showed me what being an effective Army officer looked like. Also, I got to fly in a… Blackhawk, which was, by far, one of the coolest experiences of my life.”

Luke Hinesley, a management information systems major, also went to Fort Knox, Kentucky, then Germany. He shadowed a lieutenant in the Second Cavalry Regiment and got to learn what officers in different Army branches do. Hinesley hopes to be a platoon leader after commissioning as an Army officer. His favorite experience this summer was getting to blow up 30 pounds of C-4.

The other OHIO ROTC cadets who completed internships and training this summer were Will Dunning, who travelled to South Korea for Air Defense Artillery training; Chance King, who helped with explosive exercises with an infantry/mortar platoon in Kentucky; Collin Brown, who learned how to parachute out of a helicopter as part of Airborne training in Georgia; and Ander Wehner, who participated in Project Go, a cultural and language immersion program in Taiwan.