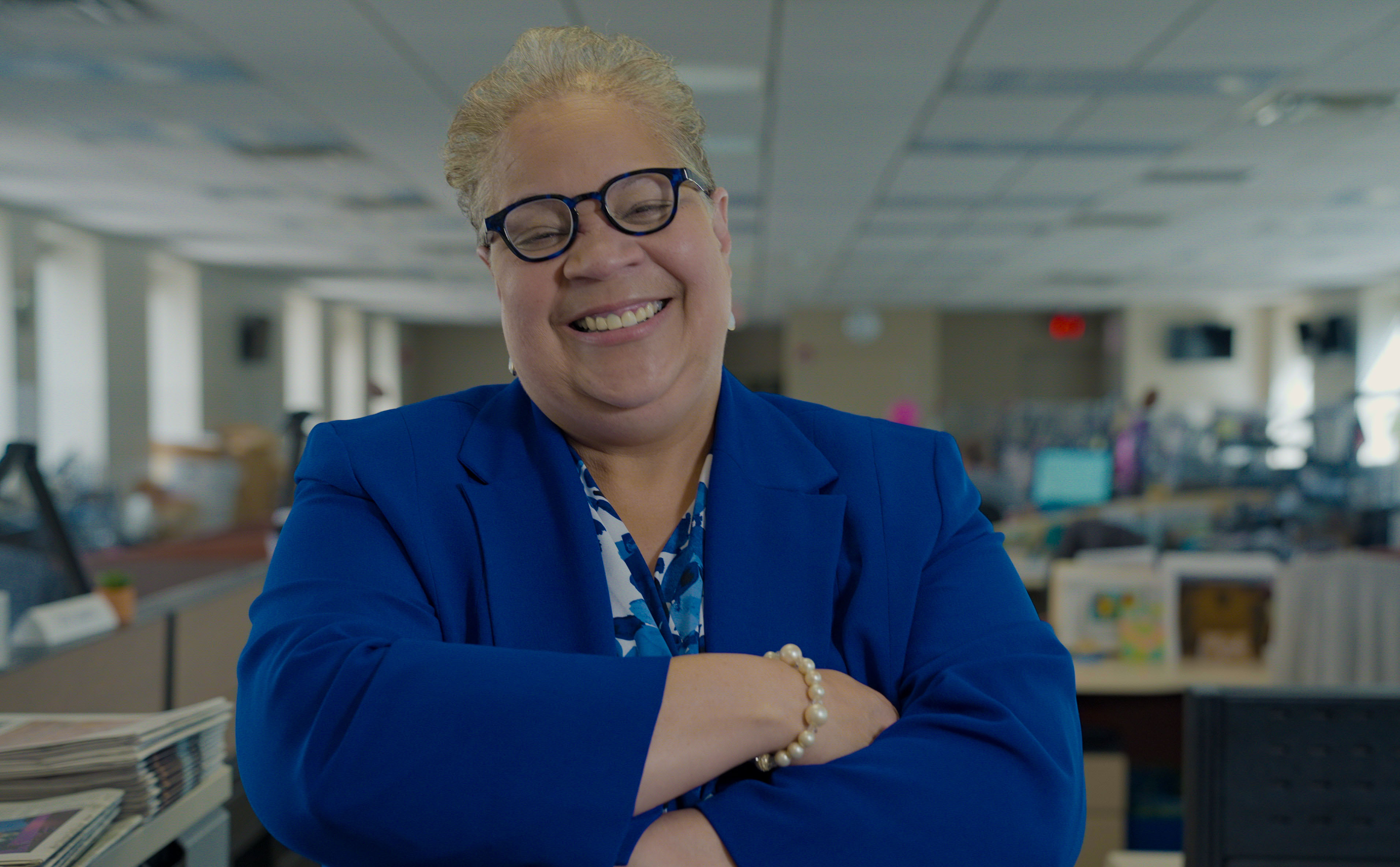 When the Columbus Dispatch, one of the top media outlets in the state capital, needed a leader for its newsroom, it turned once again to an Ohio University E.W. Scripps School of Journalism graduate.

Blackwell Clark had been working in communications and public relations for the last 10 years and decided it was time to go back to her first love, newspapers. “I’ve always had this secret desire to come back to the media,” she said.

Accepting this new position allowed her to feel the energy of a newsroom again and to become the first woman and African American executive editor in the Dispatch’s 151-year history. This moment was highlighted during a meet-the-editors meeting where Blackwell Clark’s assistant noticed some young girls looking at her in awe as she spoke.

Growing up, many people played a role in Blackwell Clark’s career. Her parents, who always read newspapers, were her first connection to the news. This connection was strengthened when she attended Ohio University, where her counselor encouraged her to meet with the editor of her hometown paper, the Springfield News-Sun.

The editor of that paper encouraged her to work at the Ohio University student-run publication, The Post. Blackwell Clark said she came to The Post at a “unique time” when the leadership and publication were diverse.

“This is how it’s supposed to be. I was very comfortable,” she said. Her drive grew more at The Post as she saw her byline and was encouraged to improve her writing.

Blackwell Clark implements the lessons she learned at OHIO at the Dispatch. She strives to help journalists create stories for and about the community.

“We need to look at the people, places, and things not in the metro area but the rural area and the various neighborhoods,” she said.

Check out the video above for Blackwell Clark’s complete interview with Ohio University.