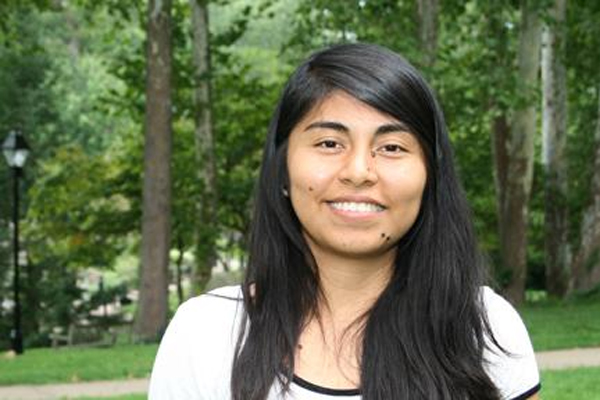 "The highlight of the conference was meeting people that work in a similar field as ours in different parts of the world," Santiago Santos said. "In particular, I really enjoyed interacting with some of the people we have collaborated with in previous projects but had never met in person before."

Santiago Santos's research is in computational physics of nanostructures for optical, energy, and sensor applications, and the title of her talk was "Generation of hot electrons in plasmonic nanoparticles with complex shapes."

"The generation of hot electrons in plasmonic nanoparticles is an intrinsic response to light, which strongly depends on the nanoparticle shape, material, and excitation wavelength," she said. "In this study, we present a formalism that describes the hot-electron generation for gold nanospheres, nanorods and nanostars. Among them, the nanostars are the most efficient, with an internal energy efficiency of approximately 25 percent, owing to multiple factors, including the presence of hot spots," Santiago Santos said.