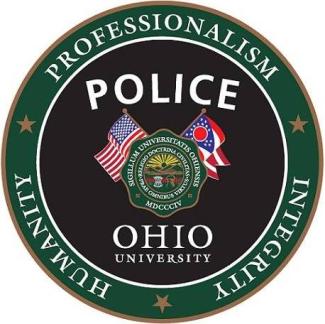 OUPD will host a retirement party for Swearingen from 1 to 3 p.m. on Friday, July 29, 2022, in the Community Room off OUPD’s main lobby.

Swearingen will retire with a total of over 28 years of law enforcement service, having previously worked for the Warren County (OH) Sheriff’s Office.  During his time at OUPD, Swearingen worked as a patrol officer, field training officer, and detective.

As a detective, Swearingen specialized in narcotics, working drug investigations for many years.  During that time, Swearingen represented OUPD in several task forces including most recently on the South Central Major Crimes Unit.

Swearingen received the prestigious Officer of the Year award at OUPD in 1999.

OUPD Chief Andrew Powers will remember Det. Swearingen as a trusted member of the department.

“Det. Swearingen was often given assignments that required a great deal of trust and integrity, which speak directly to him as a person.  Mike performed all his responsibilities admirably and his expertise, especially in narcotics investigations, seems impossible to replace.  We wish Mike great happiness in his next chapter,” said Chief Powers.

Swearingen has two children, Hunter and Madison.  Hunter is a graduate of Hocking College and Madison will be attending the Ohio University Athens campus this fall.

The retirement reception is open to the public and light refreshments will be available.  Those unable to attend may pass along well-wishes to Det. Swearingen at swearinm@ohio.edu.