Bobcat siblings get a taste of college at orientation 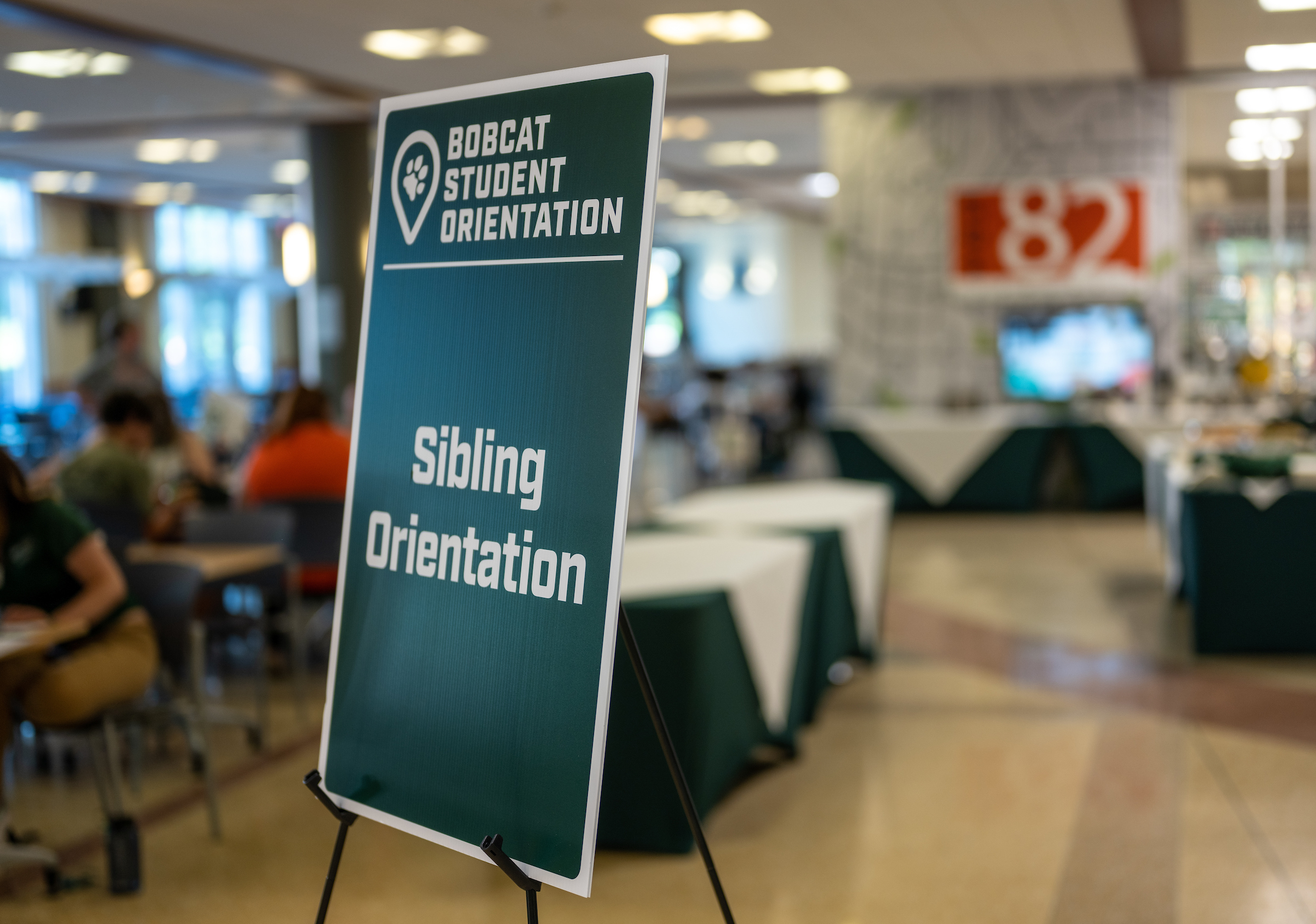 As incoming students and their guests connected with other new Bobcats and their families, learned about resources available to them and prepared to launch their college careers, a group of their siblings got to experience their own introduction to college life and Ohio University.

During his first year at OHIO, Vincent Prior, who directs the undergraduate orientation programs, noticed that though younger siblings attended Bobcat Student Orientation, they were not engaged in the programming and therefore might leave campus with neutral or negative impressions. He and his team set out to change that.

This year Ohio University welcomed Bobcat siblings to attend special sibling orientation sessions on Fridays throughout the month of June. As part of the 2022 Bobcat Student Orientation, these new sessions provided fun, educational programming for the siblings of incoming students, allowing families to focus on getting the information they need for their new Bobcats while younger siblings are having a great time making connections and getting a taste of what Ohio University has to offer.

“Some families don't have childcare or the ability to leave their child with someone overnight,” said Wendy Rogers, program coordinator of undergraduate orientation. “Offering this sibling orientation programming allows parents the opportunity to focus on the content to help their new Bobcat transition to Ohio University.”

Families attending Friday programs were invited to participate in the pilot sibling orientation program for siblings who are in grades seven-twelve. A group of Bobcat siblings assembled each Friday in June for activities led by three orientation leaders from the Patton College of Education.

“Siblings got to connect with some of our academic colleges and experience campus, getting a unique perspective on what their older sibling may be doing as a student,” Prior said. “They also hopefully start to see themselves as future college students, maybe even at OHIO.”

Participating siblings gathered for breakfast and icebreakers before heading out to check out the art at the Kennedy Museum, visit the nursing lab, try gaming at the new esports arena, and tour campus. They also got to flex their creative muscles while creating a craft for their Bobcat siblings’ residence hall rooms and wrote letters that their siblings will receive partway through their first semester at OHIO.

Before orientation, student leaders assembled activity bags for siblings accompanying incoming Bobcats. Kids in sixth grade or younger received bags with small toys to help occupy them while their families focused on the content of orientation for their incoming Bobcats.

“At orientation, we focus a lot on the transition of the person that's coming to college, but with Sibling Orientation, we're able to focus on the transition for those that are staying behind,” Lundgren said. “I have a younger brother, so I was able to share my perspective as the one going away from college and how my relationship with my sibling changed.”

Not only is Sibling Orientation a learning opportunity for participating Bobcat siblings, but it’s also an experiential learning opportunity for the students and recent grads who lead the programming. Lundgren graduated this spring but said leading the Sibling Orientation is a great way for other orientation leaders to learn how to interact with small groups of middle and high school students.

Prater said the orientation leaders adjusted the sessions based on feedback they get from their participants.

Wallace said she appreciates getting to support Bobcat siblings while they are going through a big transition as their older siblings prepare for college.

“This is a very hard time for siblings,” Wallace said. “I love getting to be there to intentionally support them and as a future educator, I’m grateful for this opportunity to gain skills for my future career.”

“We know that the interest is there after this pilot and we want to expand the program in 2023,” said Prior.