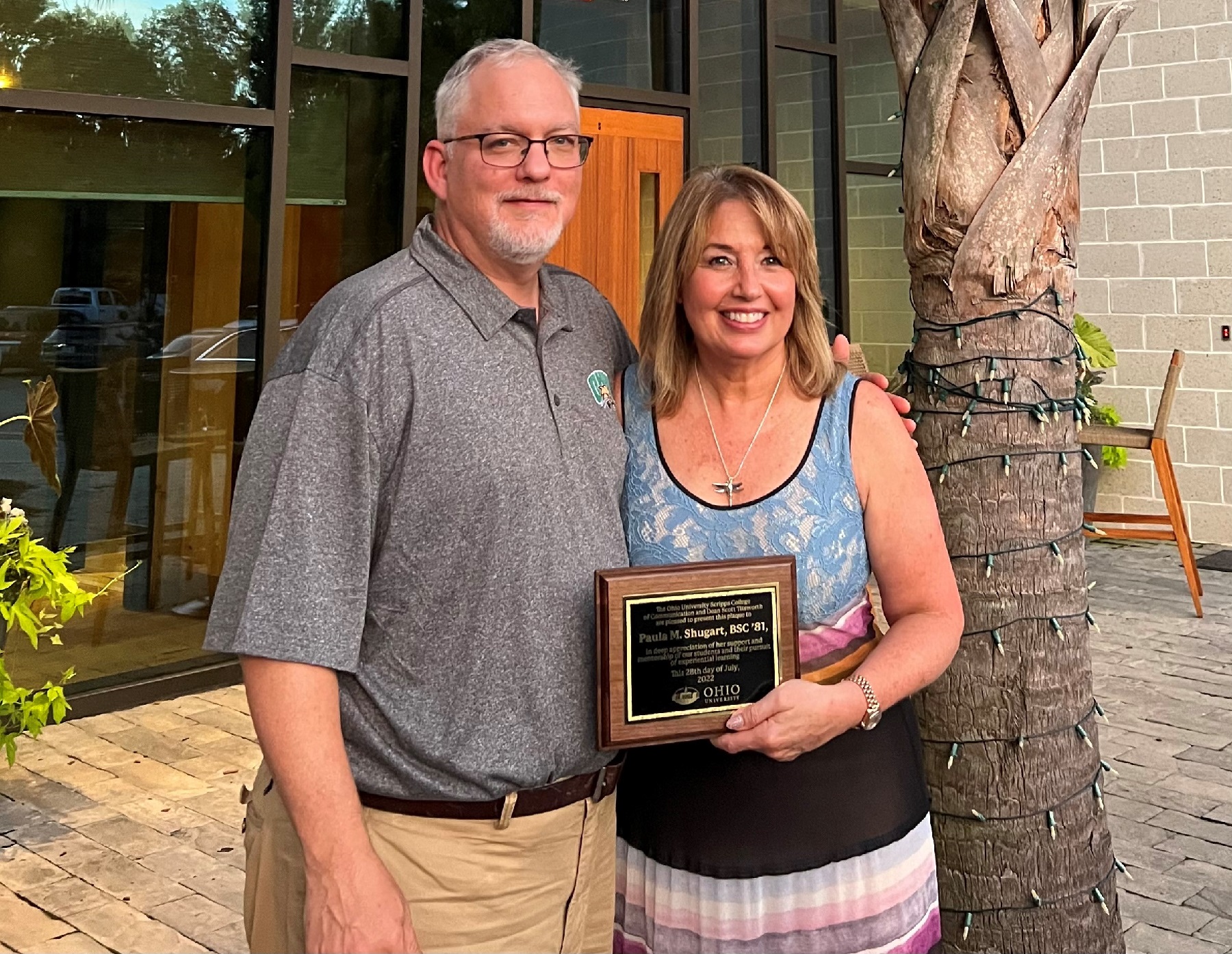 "Internships provide students with the opportunity to apply their classroom knowledge to real-world situations and to learn the professional soft skills that will help them succeed in their careers,” said Ohio University President Hugh Sherman. “We are grateful to dedicated alumni like Paula Shugart who make Ohio University special because they create so many experiential learning opportunities for our students.”

Shugart is president of The Miss Universe Organization which dedicates internship slots for Ohio University students in New York City (more than 60 communications students have interned there).

On July 28, 2022, Scripps College of Communication Dean Scott Titsworth presented a thank you plaque to Shugart, praising her dedication to student learning. Shugart is member of the Dean’s Advisory Council at the Scripps College. As a student, Shugart got experience at WOUB Public Media. In 2009, she was a featured alumna during Homecoming Weekend.

Some interns retain long-term connections to The Miss Universe Organization, such Jeremy Robbins (BSC’15) who continued to provide video services. During his internship, Robbins spent three weeks in Las Vegas working on the 2015 Miss Universe pageant.

A report about Robbins’ internship in the Troy and Sidney (OH) newspapers published the headline “Best job in the universe.”

Meg Omecene (BSJ ’16) experienced crisis-communication work during her internship at Miss Universe in 2015. After graduation, she was hired by the Miss Universe public relations agency.

“Three years after graduation, I was hired to be the head of communications for Miss Universe,” said Omecene, now senior manager of corporate communications at VISA in New York.

Internships at The Miss Universe Organization in New York are part of a wide range of opportunities for Ohio University students to gain real-world experience including OHIO-in-LA, Scripps in DC, music-production master classes in New York and Austin and an annual networking trip to South by Southwest (SXSW) in Austin in March.