Videmsek recognized for research with the Avionics Engineering Center 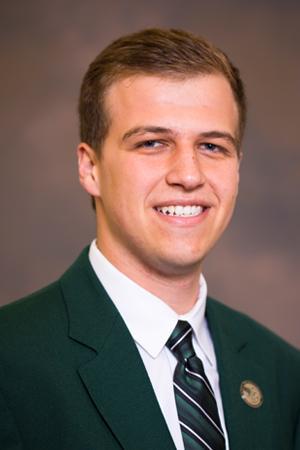 Two-time graduate of the Russ College of Engineering and Technology Andrew Videmsek is the 2022 recipient of the RTCA’s William E. Jackson Award, which is presented to an outstanding graduate student in the field of aviation electronics and telecommunications. In 2020, Videmsek completed his master of science in electrical engineering. His research focused on the technology to safely land unmanned aircraft, an endeavor critical to the future of the aviation industry.

“A lot of people think aircraft fly themselves through all phases of flight, but the pilot is very involved during takeoff and landing. In fact, there are very few certified ways to safely auto-land an aircraft and the systems needed to support these operations are at a limited number of airports. Industry is moving forward with introducing unmanned aircraft into the national airspace system, and these aircraft will need to safely land themselves at a large number of airports with varying levels of infrastructure,” said Videmsek.

With the introduction of unmanned aircraft to the national airspace system, identifying the mechanics and the processes in which these aircraft fly has been imperative to ensure their introduction is safely orchestrated. After finishing his research with the Avionics Engineering Center (AEC), Videmsek continued his work in the avionics industry with General Atomics Aeronautical Systems.

While he is successfully working to build a safer environment for unmanned aircraft, his journey at Ohio University — both at the undergraduate and graduate level — prepared him for his success in his career.

“The research that the AEC is conducting is important and impactful on the industry,” said Videmsek.

As an undergraduate, Videmsek studied electrical and computer engineering. This path allowed him to develop skills to think about electrical engineering problems on a small scale and build the infrastructure to address those problems through computer engineering. He was able to develop a broad understanding of the discipline, which was imperative as he moved onto his graduate studies. As a graduate student in electrical engineering, Videmsek narrowed his academic focus to the avionics industry, embracing the resources and support in the AEC.

“There’s no research center in the United States that is able to better prepare students for avionics or aviation-related fields than Ohio University’s AEC,” said Videmsek.

He noted that he worked alongside faculty members who supported his project by connecting him to resources and leading by example through their own research endeavors. Beyond honing his research, Videmsek said that he built personal connections with faculty members as well, finding time to stop by their offices to troubleshoot problems or chat just for fun.

Today, Videmsek works for General Atomics Aeronautical Systems. The main goal of his group is to develop technology and support to prepare for the integration of unmanned aircraft into civil airspace. Connecting back to his research at OHIO, Videmsek works on auto takeoff and landing systems, partnering with the Federal Aviation Administration to ensure regulations are developed to address the safety needs in an evolving airspace system.

The research that he conducted while at OHIO — the same research that was recognized by RTCA — is being used in the avionics industry in the present day. Videmsek also noted that lots of the research emerging from the AEC is applied directly to the industry to propel innovation in avionics into the future.

“RTCA is the main standards development organization in the avionics field, and Ohio University, Massachusetts Institute of Technology and Stanford University are the three universities leading this research field. In fact, when I am on calls with people from Boeing and Honeywell, the people I am talking to are OHIO alumni,” said Videmsek.

Being recognized as a winner of the William E. Jackson Award validated Videmsek’s research and career trajectory because his work is being directly applied to the avionics industry. In fact, earning this recognition was a goal from the moment Videmsek first joined the AEC as a graduate student.

“When you walk down the hallway of the AEC, all of the past OHIO winners — both faculty and alumni — of the William E. Jackson Award are featured on the wall. I knew when I started that I wanted to join them on the wall someday,” said Videmsek.