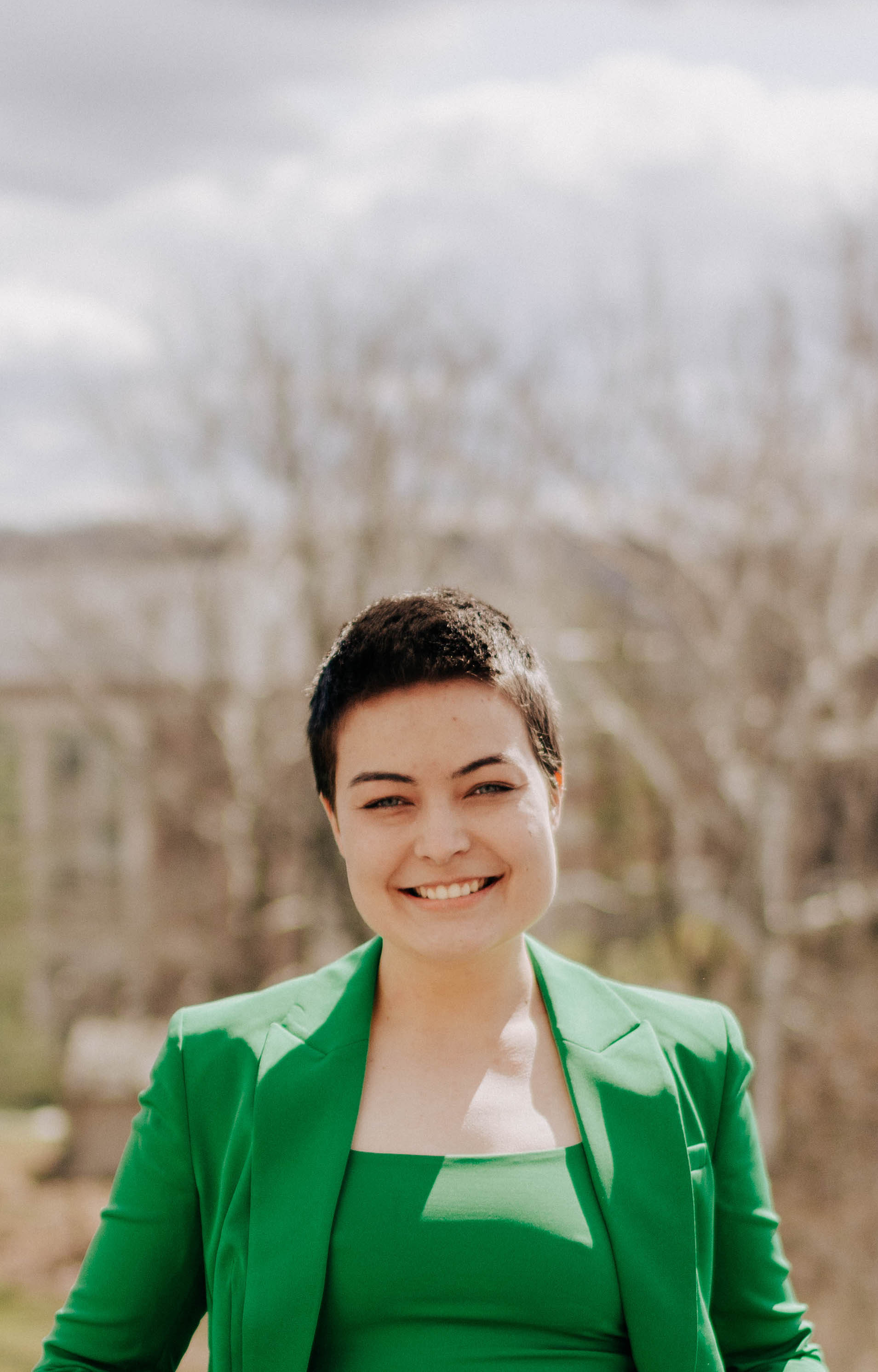 A recent OHIO graduate has been awarded a prestigious international scholarship to work on a project in Berlin, Germany, that will examine the intersection between LGBTQ+ identity, science and activism.

Abby Jeffers, a recent journalism graduate from the Scripps College of Communication, will relocate to Berlin for the year as a German Chancellor Fellowship for the Alexander von Humboldt Foundation.

The 12-month fellowship seeks graduates with initial leadership experience from Brazil, China, India, South Africa and the United States who will implement a self-chosen project that is both socially relevant and have a lasting public impact, as well as also supporting their career development.

As a German Chancellor Fellow, she will work alongside a mentor at the Free University of Berlin and in the archives at the Gay Museum in Berlin to publish a podcast that examines the relationship between science and activism.

She is critical of the scientific method used in the western world, particularly in the United States, for what she feels is an unwavering dedication to remaining objective. She feels this commitment to objectivity can negatively impact the politics that affect marginalized communities.

“Science is not objective or neutral in the way that it affects people’s life,” she said. “Those things are just not objective.”

Though German science certainly still falls under the same umbrella, Jeffers believes Germany will be a particularly interesting country in which to work on her project because of the country’s output of progressive theories by sexologists pre-World War II.

Jeffers is a former Cutler Scholar, OHIO’s merit scholarship program for students who want to explore how to use their skills and interests to make a positive impact in their communities. As a Cutler Scholar she worked with the Kaleidoscope Youth Center, an organization serving LGBTQ youth in Ohio.

The project is a deeply personal issue for Jeffers, who personally experiences the effects of science that is weaponized by partisan politics.

“I am myself am queer and nonbinary, so these are all very personal issues to me,” she said.