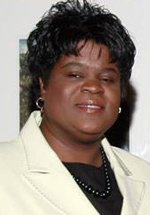 Ohio Gov. Mike DeWine has appointed Cynthia Calhoun to the Ohio University Board of Trustees.

Calhoun serves as deputy director of the Safety and Mission Assurance Directorate at NASA’s Glenn Research Center in Cleveland and has worked for NASA since 1996. She received her bachelor of science degree in electrical and computer engineering from OHIO in 1988, and is a member of the Ohio University Foundation Board of Trustees and the Russ College of Engineering and Technology Board of Visitors.

Calhoun has won numerous awards for her work with NASA, including the NASA Administrator’s Gears of Government Initiative Award, the highest award presented in NASA.

“I am excited to welcome Cynthia Calhoun to the Board of Trustees,” Board Chair Peggy Viehweger said. “Her distinguished service with NASA and long involvement with the Russ College and the Foundation board give her a wealth of experience, and I look forward to the contributions she will make.”

Calhoun’s term began June 17, 2022, and ends May 13, 2031. She fills the voting position previously held by Janelle Coleman, who was appointed during the June Board meeting as a national trustee by the Board.

Tags:
Board of Trustees
Russ College of Engineering and Technology