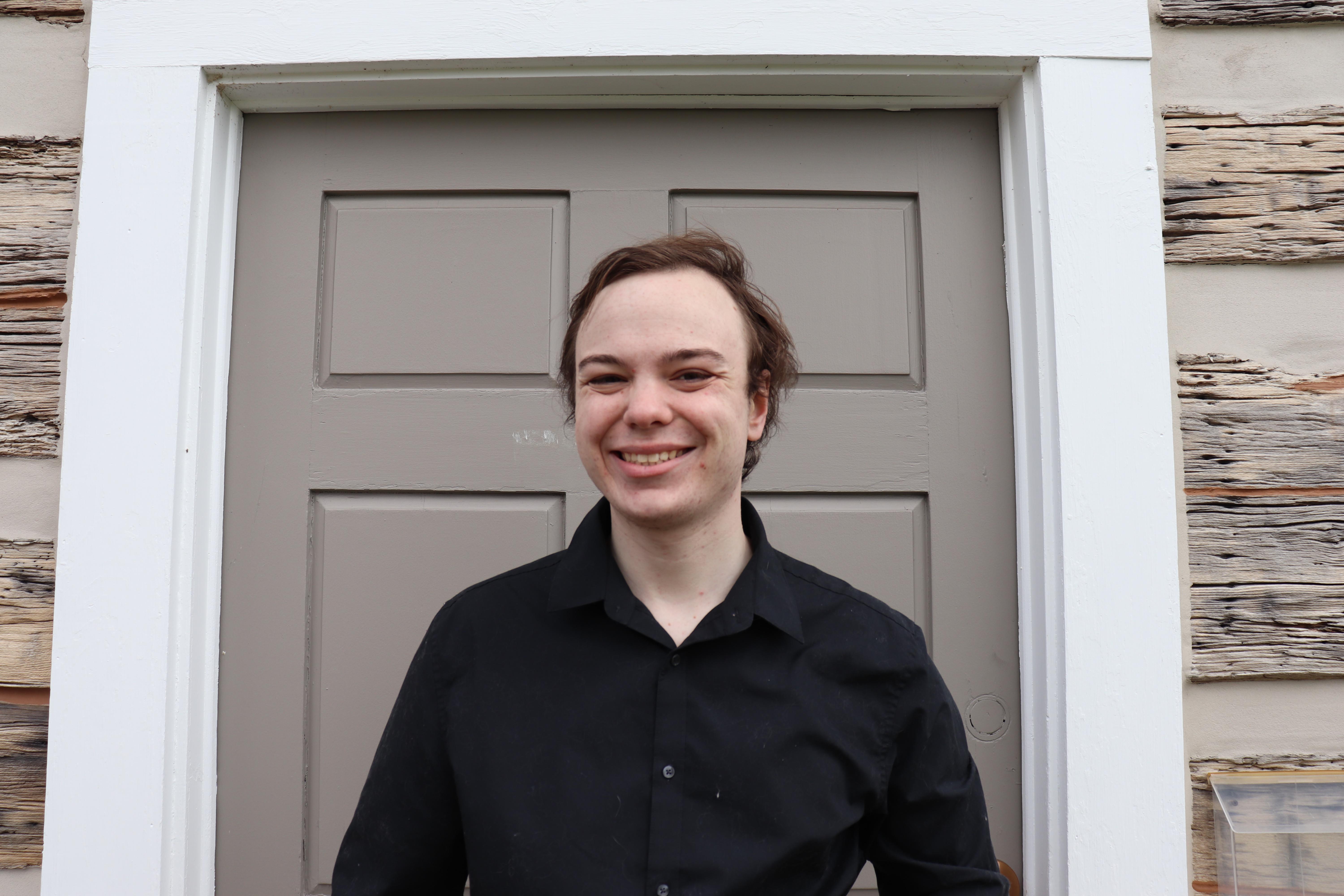 A story about a competition for womxn-only video game players brought an E.W. Scripps School of Journalism student a second reporting award from the Society of Professional Journalists.

Joseph Stanichar, a senior from Cincinnati, was again honored with the national Video Game Reporting category award in the annual Mark of Excellence competition, which honors the best in student journalism.

Stanichar’s story, “Meet the all-womxn speedrunners of Fleet Fatales,” was published in 2021 by Paste, an online magazine that covers entertainment. Speedrunning is when gamers compete to finish a game as fast as possible. Stanichar’s story is about a marathon that is open only to nonbinary and transgender women — womxn. The awards were announced in June.

“I’m more than a little surprised but overjoyed to accept the second Mark of Excellence award in Video Game Reporting from the Society of Professional Journalists,” Stanichar said. “Gaming continues to be a colossal force in culture, and I'm so happy to get to continue writing about its impact on the world. My sincerest thanks go out to Ohio University’s professor Kelly Ferguson and Paste Magazine's Garrett Martin for their continued mentorship. This piece could not have existed without them.”

“From the start I knew Joseph had found a great story, and he’s a natural writer. That he wrote the story during the peak of the pandemic makes it more impressive," Ferguson said. "He has a talent for reaching out to people and turning them into fully realized characters.”

Students compete first within one of 12 regions before advancing to the national Mark of Excellence awards. Stanichar received first place this spring in the Region 4 Mark of Excellence competition. Region 4 includes Ohio, Michigan, West Virginia and western Pennsylvania. Ohio University competes in the large school division — 10,000-plus students.

“We are proud of Joseph and congratulate him on winning his second SPJ Mark of Excellence award,” said Eddith Dashiell, director of the E.W. Scripps School of Journalism. “His award-winning article about womxn-only video game players exemplifies important aspects of journalism education that the E. W. Scripps School of Journalism emphasizes: diversity, technology and experiential learning.”

“Video games are for everyone. A person’s gender expression should have no bearing on their inclusion within this space,” Stanichar said.

All Mark of Excellence winners will be honored in October during #MediaFest22, the SPJ national conference in Washington, D.C.