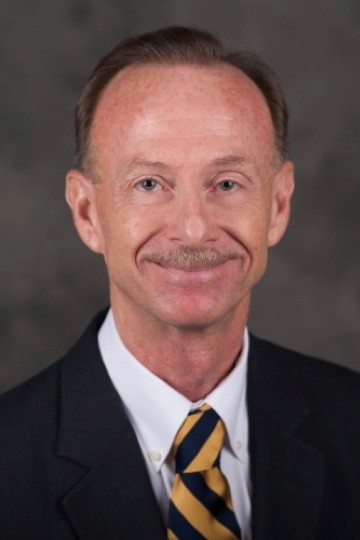 “Bill is a respected and nationally known student affairs professional who will provide vast experience and strong leadership for our Division of Student Affairs during this time of transition at OHIO,” President Sherman said. “He is recognized as a strong advocate for the student experience and throughout his career has worked alongside his academic partners to develop extraordinary educational experiences in and out of the classroom. I look forward to working with him in the coming weeks.”

Schafer’s 40-year career in higher education has included leadership positions at West Virginia University, Georgia Institute of Technology, University of Texas at El Paso, and CU Boulder. Schafer most recently served as interim vice president and dean of students at the University of Pittsburgh at Bradford and as interim dean of student success (chief student affairs officer) and interim assistant provost of registrar services and special projects at Central Washington University.

He has also served several national organizations including the Association of Public and Land-Grant Universities (APLU) and the National Association of Student Personnel Administrators (NASPA). Schafer was elected by his peers to co-chair the chief student affairs officers of APLU in 2013-2014, which represents more than 200 universities and systems across the nation. Dr. Schafer earned a bachelor’s degree in chemical engineering in 1975, followed by a master’s in guidance and counseling in 1977, and doctorate in higher education administration and curriculum in 1986, all from the University of Colorado Boulder. Dr. Schafer also attended Harvard’s Management Development Program in 1991.

President Sherman expressed gratitude to Hogan for his work over the past six months.

“Terry has made incredible progress at Ohio University during his short tenure as interim vice president for student affairs,” Sherman said. “He has implemented necessary programming to help enhance the student experience at OHIO and has done so with empathy, grace, and good humor. I have a great deal of respect Terry and thank him tremendously for agreeing to come out of retirement to help us during this time of transition.”

Tags:
Division of Student Affairs
Office of the President