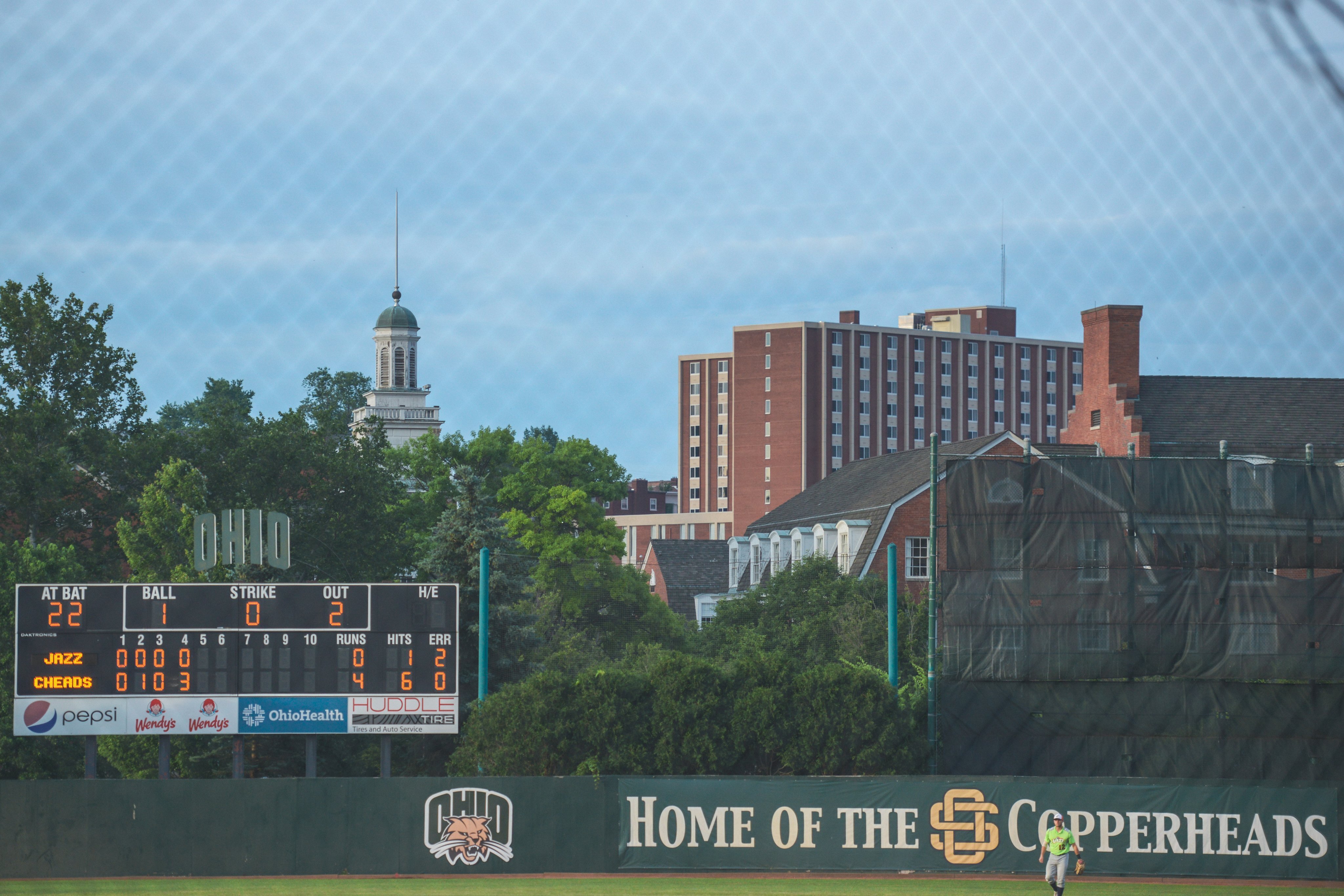 Students can gain valuable experience through completing internships and other experiential learning opportunities with the Southern Ohio Copperheads, a summer collegiate baseball team in Athens.

For some, it can even lead to an unexpected career.

The Copperheads, a community-owned, student-operated 501(c)(3) organization, has provided experiential learning opportunities for 20 years, serving as a learning lab for students.

“The Copperheads serves as an inclusive environment for students looking to gain experience here in Athens,” Executive Director Anne Valeant said. “While most of the students work January-August, we also offer a handful of year-round opportunities.”

“Students who choose to intern with the organization go on to have successful careers in and out of the sports industry and carry memories of living and working in Athens,” Valeant, also an associate professor of instruction in the College of Business’ Department of Sports Management, said.

One of those former students, John Bollinger, served as assistant general manager of the Copperheads in the summer of 2012. He brought in a new approach to selling sponsorships, looking for a few larger sponsors rather than a lot of small ones, and was involved in every aspect of running the team, from hiring of staff to building departments to handle ticket sales and other key functions.

Bollinger is now the owner of the Bismarck Larks in the Northwoods League, very different from his plans to work in professional sports. He turned down those opportunities because he loves what he's doing.

“I kind of fell in love with the things you wouldn’t think of running a sports team. I got that taste of what it was like to be an entrepreneur,” Bollinger said. “The best way to learn is to be thrown into the fire and figure it out.”

Students can use their experience to articulate their responsibilities and accomplishments in future job interviews. Valeant said interns normally have high placement numbers when it comes to full-time positions, post-graduate internships or graduate school. Students are also able to establish relationships with other interns, faculty, and community members they may not have met otherwise.

“They will recognize the responsibility and thrive in a teamwork situation that will give them an experience that will stay with them for the rest of their life,” Copperheads Board Chairman Bill L'Heureux said.

Bollinger (MBA 2013) went on to serve as a co-founder and general manager of the Kalamazoo Growlers before becoming the owner and CEO of the Bismarck Larks, a summer collegiate team in North Dakota, as well as Funatix Events in Bismarck. Bollinger said he enjoyed his work with the Copperheads including managing the team and selling sponsorships.

He pointed to his experience helping run the Copperheads as giving him the confidence to start teams from scratch, as he did in Kalamazoo, Mich., at the age of 24. He recalled the derecho that hit Athens during the summer of 2012, forcing the cancellation of games, as one example of learning on the fly how to get the job done.

“It gave me the confidence that I can do this. I had a lot of confidence (in Kalamazoo) because I had done it,” Bollinger said. After that success, he was given the opportunity to start the team in Bismarck, N.D., this time as team owner. Today he runs the Larks, rodeos in the area, and his entertainment company.

In both cases, Bollinger was able to tap into the Bobcat network. The owner of the Northwoods collegiate baseball league, Dick Radatz, is an OHIO alumnus and Bollinger’s mentor. He tries to return the favor as often as possible.

Kelsi Steele (BSJ 2016) interned with the Copperheads in 2014 as a team writer and travelled with the team, writing features and game recaps.

“It was an incredible experience, especially for someone who loved baseball,” Steele said.  “Plus, a summer in Athens – there is truly nothing like it.”

As the content manager for the PGA Tour, Steele currently works with a variety of people including players on the professional golf tour as well as sponsors at high-level organizations. After leaving Athens, she served as communications and digital media manager for the Brisbane Bandits in Brisbane, Australia, and as a digital marketing assistant with the Columbus Blue Jackets. She held several roles at United Soccer Leagues, rising to senior manager of social media and content, before taking on her current role with the PGA.

“My experience with the Copperheads showed me how to develop relationships with all walks of people and gave me some insight into what the sport industry looks like,” Steele said.

Bollinger also credited the Athens community with supporting the Copperheads.

“They’re investing in the laboratory experience, and that’s such a credit to the community, to the fans, and to the sponsors,” Bollinger said. “Without an understanding, amazing community, this could not work. This model could not work everywhere.”