Bobcat alumna seeks to inspire others as Miss Ohio 2022 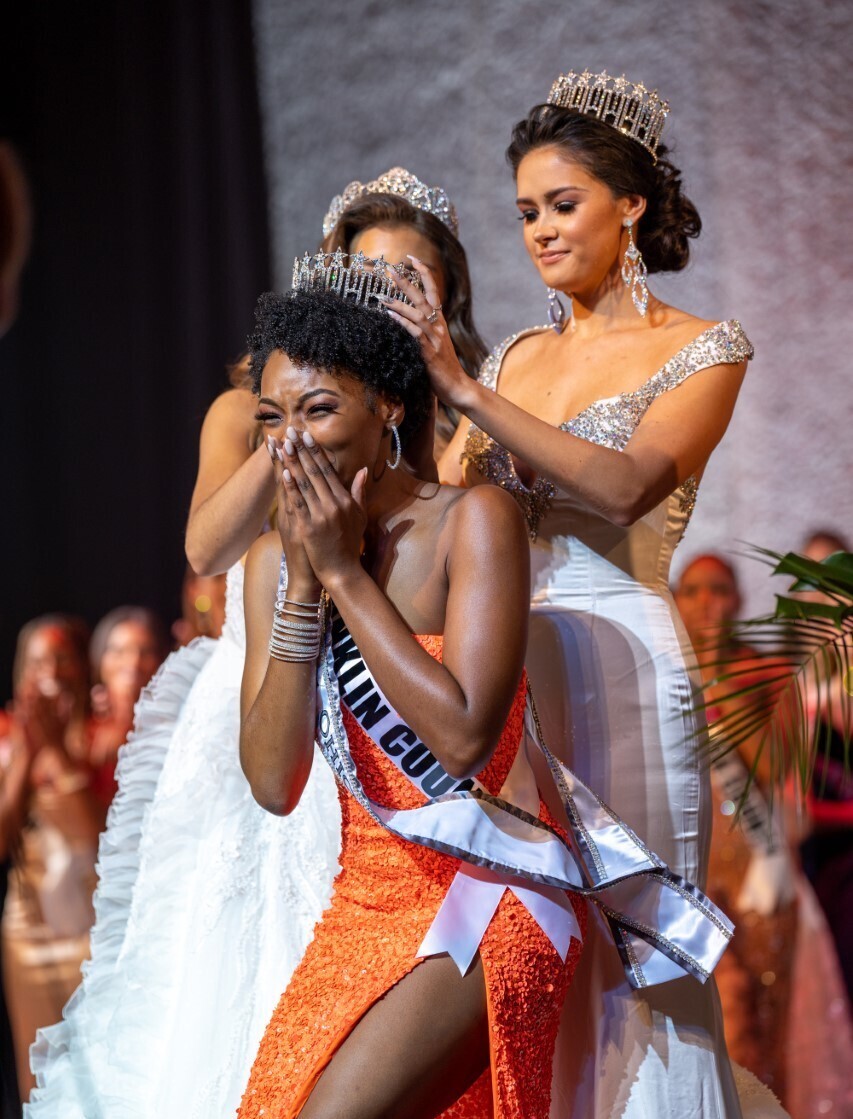 After finding a creative outlet in Athens and having the opportunity to explore her modeling at Ohio University, alumna Sir’Quora Carroll now represents the state of Ohio as the 2022 Miss Ohio USA.

The competition consisted of 53 contestants, and unlike many of her fellow competitors, Carroll had never participated in a typical pageant before.

Though unsure if she would advance far in the competition, Carroll continued with the goal of giving back and serving her community if she won the title.

“First, there hasn’t been an African American title holder for 17 years,” Carroll said. “Growing up and having eight brothers and sisters, I’ve always wanted to be an inspiration for them.”

Now that she has been awarded the title, her list of goals is endless.

“I want to continue to inspire people to step outside of their comfort zone – not only my brothers and sisters, the young girls and boys that look like me, but anyone that is living their life in fear. Because for a long time I was doing that,” Carroll said.

Carroll describes her platform as a public figure as “the advancement of youth and young adults with an emphasis on mental health and self-love.”

“I don’t believe I was called here to just wear a title, and to be served, I want to make sure that I am serving,” she continued.

As a high school student at Groveport Madison High School, Carroll recalls the moment she realized that she wanted to be a Bobcat. Knowing little about OHIO beyond its colors of green and white and a Bobcat mascot, Carroll was in class and thought to herself: “I want to be a Bobcat.”

This realization became a reality as she toured the campus upon being accepted.

“I believe I came down in December – it was rainy and cold, but I loved it,” Carroll said. “I loved everything I saw. I just knew when I got to campus that I was in the right place. It feels like it was destined.”

Her favorite time on the bricks: walking through the fall leaves of College Green.

Now four years later, she earned a bachelor’s degree in business administration and marketing from the Ohio University College of Business. However, her experiences from OHIO reach far beyond her degree and shaped the person she is now.

Upon entering college, Carroll made it a goal to be herself in every room that she walked in, which involved introducing herself to everyone she came across, in order to build relationships and meet a wide variety of people from across different backgrounds.

Carroll encourages fellow students to do the same and explore the wide array of clubs and organizations that OHIO has to offer.

“My favorite motto is ‘get comfortable with being uncomfortable,’” Carrol said. “I think OHIO taught me that – stepping outside of your comfort zone and not living your life in fear, whether it’s trying something new or going to a different organization. I feel as though it is important to make sure that you’re showing up for yourself not only academically, but socially as well.”

On top of her classes, Carroll  worked multiple jobs during her time at OHIO that benefited the University community, such as at Nelson Court dining hall, in work-study positions, as a resident assistant and as a tour guide. She was also a member of Alpha Kappa Alpha sorority, Anointed Ministries, and Crew Bible Study.

“[As a tour guide], I really enjoyed talking to prospective students, showing them the campus, sharing my love of OHIO with them and just explaining the experience. I was a first-generation college student, so having the opportunity to talk to some of the students before they came in and giving them a little insight before they got to the campus was probably one of my favorite things because it felt as though I was making an impact,” Carroll said.

Also during her time as a student, she was the president of FACES Modeling, an on-campus modeling organization, along with being involved with VARIANT Magazine. Carroll credits these roles for giving her the confidence and experience to pursue modeling full-time.

“FACES Modeling sparked that fuel to want to chase my modeling career and helped me build my confidence,” Carroll said. “It was very pivotal to my success and helped me to step into the woman that I am. I went on a lot of self-love journeys of finding myself on that campus.”

Carroll attested to the creative community at Ohio University, which had a significant impact on her.

“VARIANT, I remember I did my first photoshoot with them, and I was like, ‘Oh my gosh, I suck as a model!’” she recalled. “It allowed me to get comfortable with being in front of the camera, networking, talking to people, and taught me a lot of the professionalism that I need as I am entering my career now as a model.”

Later this month, Carroll will travel to Cancun, Mexico, to participate in the Miss USA competition orientation. There she will meet the fellow 49 Miss USA contestants and begin preparing for the national pageant later this year.

Carroll currently works for NV Models and Talent in Cincinnati. She has done modeling jobs with companies such as Wingstop, Express, Abercrombie & Fitch, and DSW. She plans to pursue modeling in Chicago, and eventually New York City.

“Ultimately, I want to have my own modeling agency where I instill self-love and confidence in my models in such a cutthroat industry,” Carroll said. “I feel as though if I didn’t go to OHIO, I wouldn’t have gone on a self-care and self-love journey, and I wouldn’t have had the skin to be in this industry.”