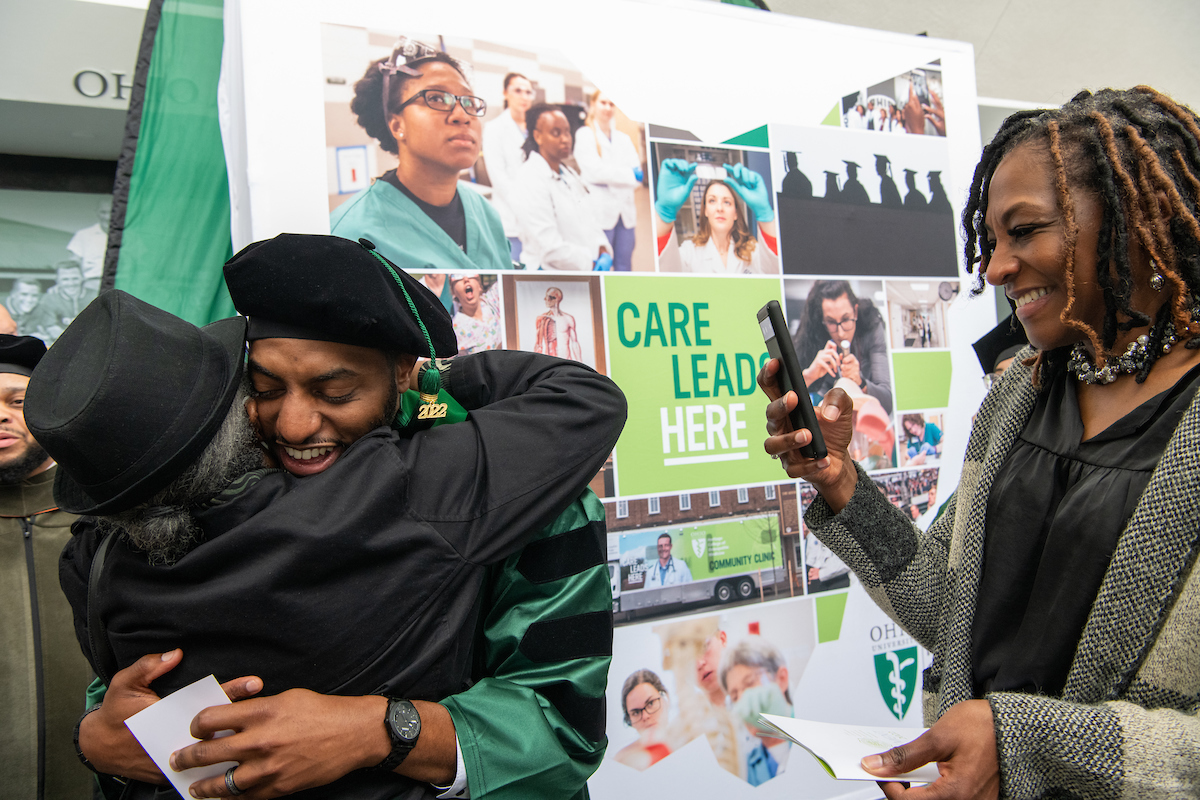 A graduate celebrates after the Heritage College of Osteopathic Medicine commencement ceremony on May 7, 2022.

Ohio University’s Heritage College of Osteopathic Medicine was named first in the state of Ohio and 14th in the nation for most graduates practicing primary care by U.S. News and World Report.

The college was also ranked 21st in the nation for most graduates practicing in rural areas and tied for 78th for 2023 Best Medical Schools: Primary Care, up from 104th in 2019. The rankings comprise all M.D. and D.O. programs in the nation.

“It was gratifying to see that the Heritage College has jumped 26 spots in the primary care rankings over the past four years, and we continue to be the top-ranked Ohio medical school in areas aligned with our mission,” Executive Dean Ken Johnson, D.O., said. “This is a reflection of our outstanding students, faculty, staff and partners and the milestones that we have achieved together in recent years – opening two new campuses, developing a new curriculum, constructing Heritage Hall and much more.”

Data from the Robert Graham Center, a division of the American Academy of Family Physicians, informed the U.S. News rankings for best medical school in primary care. The center ranked allopathic (M.D.) and osteopathic (D.O.) medical schools by the percentage of each school’s 2013-2015 graduates practicing direct patient care in primary care fields. According to U.S. News, primary care physicians are defined as those who, as of 2021, had a primary specialty in family medicine, general internal medicine, general pediatrics, geriatrics and internal medicine-pediatrics.

In the Heritage College’s most recent post-graduate match into residencies, OHIO medical graduates were above the national average for both allopathic and osteopathic medical schools, matching 94.7 percent of graduates into residences.

OHIO’s Heritage College is committed to collaboration with a focus on osteopathic medicine, training future primary care physicians and specialists to treat the whole patient, emphasizing physician-patient relationships and prioritizing prevention and wellness. The college has three campuses around the state of Ohio, including in Athens, Cleveland and Dublin.