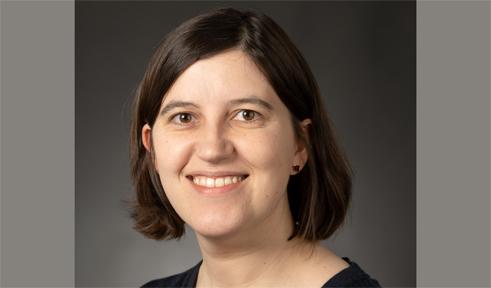 Though purging is often a condition associated with bulimia nervosa, new research at Ohio University suggests that a different kind of eating disorder could also be responsible.

The study, published in the International Journal of Eating Disorders, sought to differentiate the little understood “purging disorder” from the more well-documented bulimia nervosa, with which it is often confused. The research was led by K. Jean Forney, an assistant professor of psychology in the College of Arts and Sciences at Ohio University who specializes in eating disorders.

“In both conditions, people are going to extreme lengths to control their weight,” Forney said.

Because bulimia nervosa is well understood, it is easily diagnosed in the Diagnostic and Statistical Manual of Mental Disorders (DSM), which is used to diagnose mental health disorders. Purging disorder, however, hasn’t been well researched, and thus falls into the more ambiguous “residual” categories of the DSM.

“People tend to think conditions in the residual category are less dangerous, but that isn’t true,” Forney said. “There is plenty of cross-sectional data that suggest that the purging disorder is just as serious as bulimia nervosa.”

Because of its relative obscurity in the psychiatric world, until it is better understood, people suffering from purging disorder do not have psychiatric or psychological treatments that have been tested for their specific symptom presentation. Forney hopes that that the current study can provide a starting point for future intervention-related research.

“Most of our eating disorder treatments focus on treating binge-eating. What we really need are treatments that do a better job treating symptoms when binge eating isn’t present and we don’t really have that right now,” she said.

Purging disorder was first researched and identified in 2005 by Pamela Keel, a psychology professor at Florida State University. Forney wanted to continue Keel’s initial research so that the prognosis of purging disorder could be better understood. To do so, Forney followed up with 217 women who participated in Keel’s original study. The participants, who needed to meet the clinical criteria for purging disorder or bulimia nervosa, all participated in one of three studies conducted between 2000 and 2012.

“They’re equal in severity and chronicity but there are still differences in clinical presentation,” Forney said.

However, the study was not without limitations. “We didn’t find anything that predicted outcome,” Forney said, which she described as “disheartening.” “That means we need to do more work to determine what is keeping the eating disorder going – those are the factors we want to target in treatment.”

Despite setbacks, Forney is hopeful that her research will reignite further interest in purging disorder, and that future research will eventually lead to more effective treatment.

For people suffering from eating disorders, the National Eating Disorder Association operates a helpline, along with numerous other services and resources.

Tags:
College of Arts and Sciences
Department of Psychology
Research