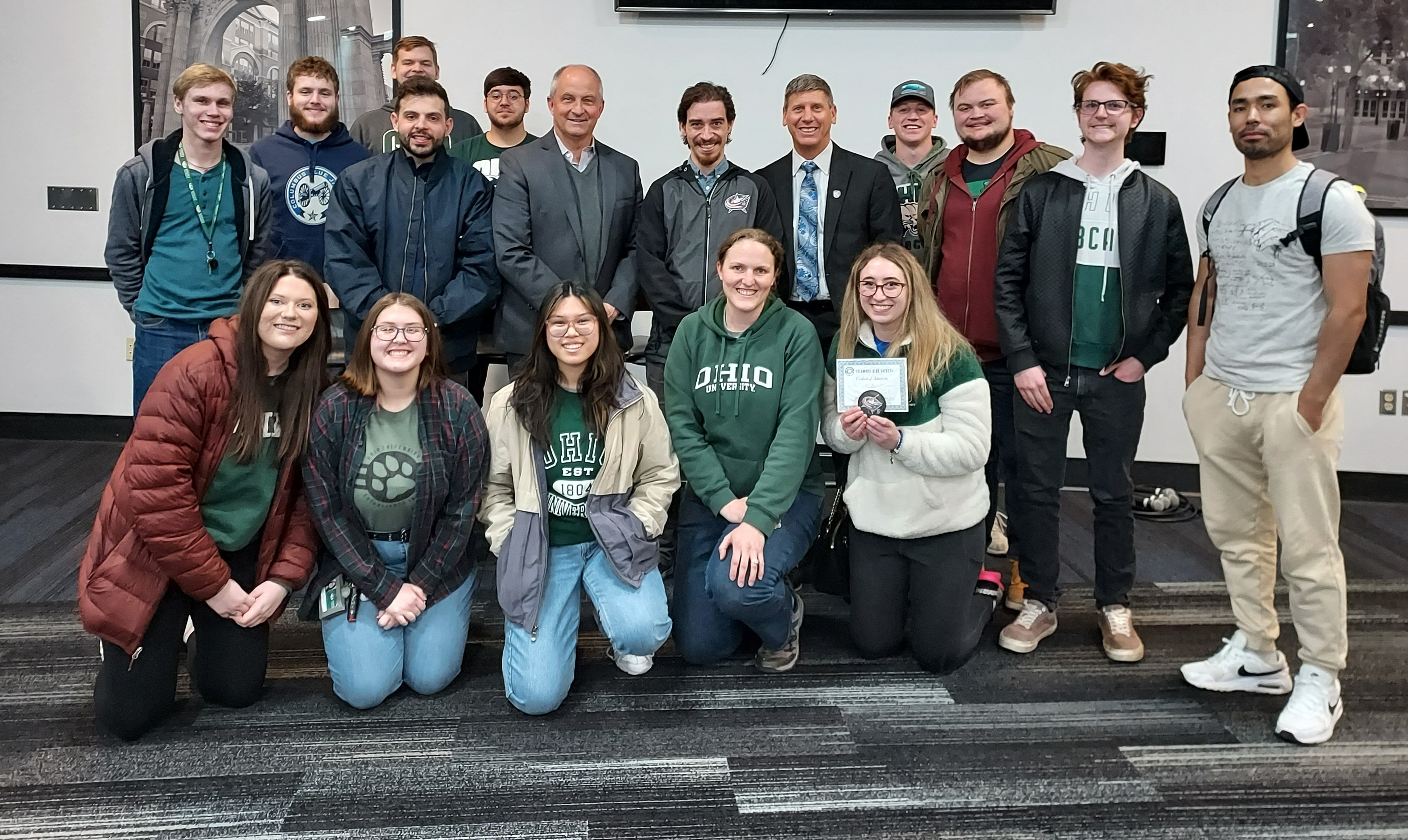 On Tuesday, March 29, students from the School of Media Arts and Studies participated in the Columbus Blue Jackets Video Production Day. The 12 participants included undergraduate and graduate students with an interest in sports broadcasting and production.

“So many of our students are interested in live production and the sports world is a great place to start,” said Andie Walla, assistant professor of instruction in the School of Media Arts and Studies. This is the second time Walla has taken students to participate.

The event is hosted by the Blue Jackets and includes a tour of the video production facilities at Nationwide Arena including the control room, the press conference room, and the TV and radio booths, and the group stayed to watch Blue Jackets play the New York Islanders that evening.

“My experience at the Columbus Blue Jackets Video Production Day was very interesting,” said senior integrated media major Eileen Eidelberg. “I had the opportunity to go into the Blue Jacket’s production truck and I got to meet the Director Joel and TD Kim; they let me shadow them during the game during the second period.”

“I won a signed Roslovic Puck for keeping the conversation going during the question panel,” Eidelberg said. “Dave, the person who took me into the production truck, told me that I was the most eager and had a great attitude and real interest in pursuing a dream that will carry me far.”

Participants included undergraduate and graduate students from multiple majors and academic programs, all of whom got a chance to borrow skates and take them for a spin on the professional rink.

“I enjoyed everything that we did at Nationwide Arena,” Eidelberg said. “This will be a day I will remember for the rest of my life.” 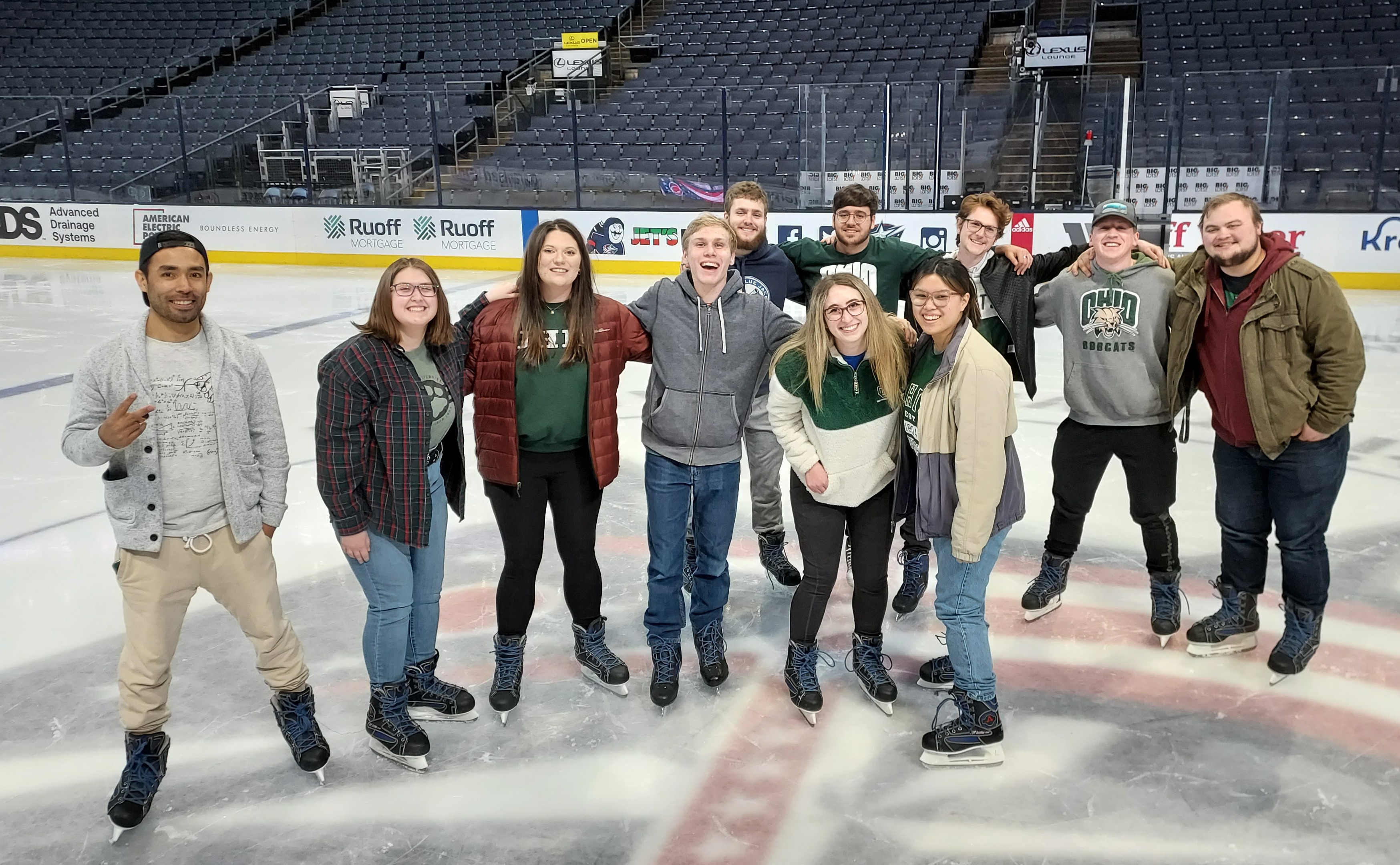