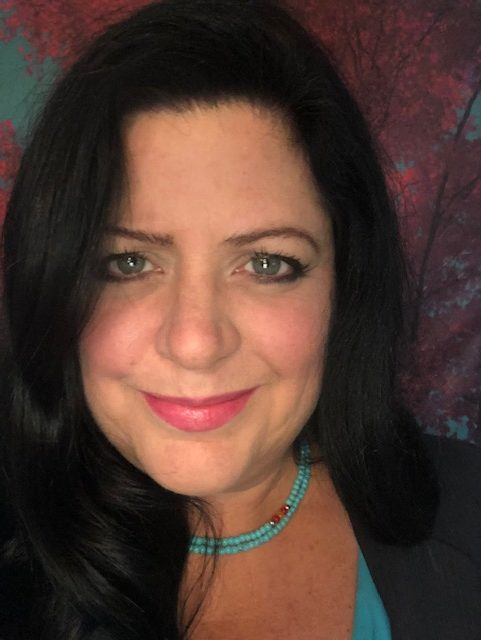 Amy Neumann recently got her dream job, where she will help fast forward environmentally friendly and socially impactful practices for businesses around the globe.

Describing herself as “a social good and technology fanatic who has been creating positive change for over two decades,” Neumann is finishing up the MA. in Law, Justice & Culture program at Ohio University.

"I recently got my absolute dream job, working on global-scale social impact projects, primarily involving blockchain and DAOs (decentralized autonomous organizations), at RampRate," said Neumann, managing director of partnerships and business development at RampRate and Syzygy Impact, which is powered by RampRate.

"As a woman in tech since the mid-'90s, I’ve always considered how technology does or does not help advance diversity, equity and inclusion, and in particular, how technology can help facilitate those things. Also, tech has massive potential to help alleviate many human rights and social impact issues," said Neumann, adding that she was able to apply her coursework to her career plans.

"True to my passion, my master's research essay focuses on reducing bias globally in emerging technologies like blockchain and artificial intelligence. Having worked in these spaces for many years, and in technology for over two decades, it’s critically important to me that we create less homogenous work teams, projects, organizations, committees, boards of directors, and other groups who are involved at all levels of creating new technologies," she said. "More diversity equals less bias, and better solutions, statistically. Diversity in STEM (science, technology, engineering, math) at every level is the crux of the solution to many current and future bias issues.  My capstone essay project involves interviewing many top minds in the space, to learn from (and share) their wisdom."

Neumann said what she's learning in the online master's program also complements her work as the executive director of the nonprofit she founded six years ago, Resourceful Nonprofit.

"The new ideas, skills and insights gained in the program have enabled me to launch several projects, join additional impactful advisory boards and councils, and otherwise move forward fast to help change the world," Neumann said. "The discussions that happen with the professors and students really helped solidify where I was going and helped me get there faster than I ever could have without the Center for Law, Justice and Culture.

"As we’ve all learned in the past couple of years, it can also be a big bonus to have classes with people all over the country or the globe, as I have (in online courses). Having those other talented, creative, unique classmates with interesting backgrounds and audacious dreams for the future is inspiring in every sense," Neumann said.

Searching for the right program

After looking at dozens of master’s programs that were very technical, or very social-impact focused, or just in the law and policy arena, Neumann said she was excited to find OHIO’s Law, Justice and Culture program.

"It combined so many interesting areas I was curious about," she said. "What I love most about the program is that it’s perfect for people seeking something that doesn’t exist in the same way anywhere else. The uniqueness of the program was its draw for me. It’s a rare combination of social justice, legal issues, human rights, philosophy, anthropology, and more."

Neumann said she quickly learned to balance life as an online student and working professional.

"Like anyone who has been out of college for a couple of decades, getting back into 'student' mode seemed like a challenge at first," she said. "Between the support of the professors and the other students, however, it was a bit of a non-issue. I quickly learned the pace and writing style of the courses, and the OHIO library also provided many helpful resources. It has been fun to really feel the energy and enthusiasm of being a college student again!"

"It’s been an incredible, and fun, journey! As someone who reads about 60 books a year on average anyway, I’ve really enjoyed a more focused learning approach, where information was critically reviewed and discussed. Having a cohort of similarly interested peers to discuss and review topics and readings with provided next-level learning and insight. It’s one thing to read a lot, and quite another to read, write critically about, discuss with peers, and truly digest and debate information. And scholarly journals and readings were a new (and welcome) addition to my typical readings. Those things really helped me dive deep, and also learn to think about and review most any information (in classes or in general, going forward) more critically and with a new lens toward law, justice, and culture," Neumann said.

Neumann said an externship—or experiential learning experience—and an individualized study course with Haley Duschinski also helped her expand her horizons. Duschinski is graduate director of the program and associate professor of anthropology in the College of Arts and Sciences.

"I was able to co-create an individual study course this semester on blockchain law with Dr. Duschinski,” Neumann said. “That’s virtually impossible to find right now, and the fact that I can do that speaks to the flexibility and innovation of the degree. It is superbly suited to anyone who is a creative, 'out-of-the-box' thinker, and it allows for individual creativity and personal direction. There’s really nothing else like it. I would strongly encourage anyone who is debating many different master’s degrees to consider it for that reason. And I’m always happy to talk to anyone interested in it, to share more about why I love it!"

Neumann also cites an externship with the United Nations Human Rights Council as the most meaningful course that she took.

"I absolutely loved the CLJC Research Externship on the United Nation Human Rights Council with Professor Haley Duschinski. We worked together to write memos in a way that could be accepted to be read on the floor of the UNHRC," she said. "Honestly, I’ve enjoyed each class I’ve taken. The professors are strongly supportive, and the other students are incredibly interesting and diverse as far as backgrounds, jobs, focus, and visions for the future."