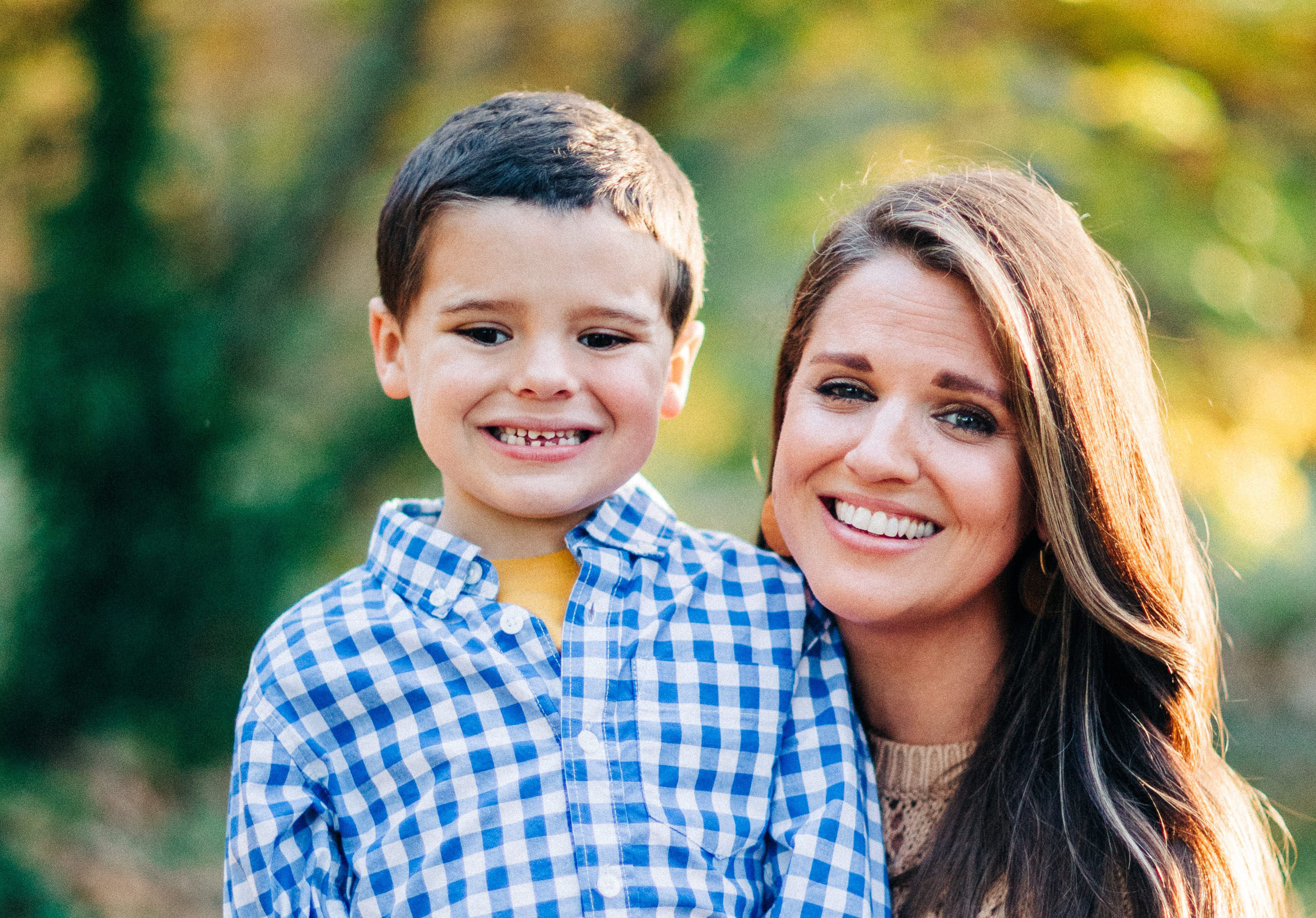 Autumn Ziemba and her son, Simon.

Ohio University alumna Autumn Ziemba is using her journalism background and personal experience to advocate for childhood cancer by running for the Leukemia & Lymphoma Society’s Cleveland/Akron Man and Woman of the Year. The intense 10-week fundraising initiative kicks off March 25.

Ziemba graduated in 2000 from the E.W. Scripps School of Journalism with a Bachelor of Science in Journalism. She is an award-winning television journalist, working at WOUB, WTAP, FOX Toledo, WFMJ, Channel 5 in Cleveland, and most recently in Cleveland as a news anchor for FOX 8. She eventually left this role to care for her son, Simon, who was diagnosed with B-Cell Acute Lymphoblastic Leukemia. He was 2 years old when he was diagnosed in 2017 and is currently in remission.

“I think having worked in such a public position for so many years has really set me up to have a huge influx of contacts in this, which I think is going to be hugely beneficial to me,” Ziemba said. “I know a lot of people that I have met over the years from working at different stations all across the state of Ohio. I’m definitely planning to use those connections to reach out.

FOX 8 did several stories on Simon’s cancer journey when he was first diagnosed, and Ziemba said a lot of people connected with and responded to those stories.

“I’m going to continue sharing those stories on my social media platforms, so people know this isn’t just a tax write off or a feel-good donation,” Ziemba said. “This is money that is desperately needed, particularly for children who are fighting blood cancers.”

Ziemba said there was no question of turning down the nomination, particularly after the man who nominated her – Justin Brazie, a candidate for the award last year – had a cancer relapse and died just weeks after making the nomination.

“It all happened so quickly. At that point, after everything we had gone through with our son, his two and a half years of treatment, and then to be nominated by such an incredible individual that passed away such a short time after, there was no way I could say no,” Ziemba said. “It was serendipitous, it was meant to be. It is my privilege to be able to do this.”

Candidates form fundraising teams and compete in honor of two local children who are blood cancer survivors. Ziemba’s team currently consists of eight people who are dedicated to helping her raise awareness and money. Teams meet regularly themselves and with their LLS mentor that guides them through the fundraising process and to ensure they are following the timeline, rules, and meeting requirements.

“It is a major fundraising initiative, it’s like having another job...This is a tough competition, but when you think about what these patients go through, this is the least we can do,” Ziemba said.

The man and woman who have raised the most funds during the 10-week campaign are awarded the prestigious title of Man or Woman of the Year in their community. This year’s Cleveland/Akron grand finale will be on June 3. This is when the winners are announced.

“June 3, which is the grand finale event, that’s when we find out who the winner is and what the grand totals are,” Ziemba said, adding that contestants don’t know their own donation totals or the final tally until the event.

“If you raise $50,000, you get to name a research initiative. We want to name a research grant after our son, which is really the whole reason we’re doing this,” Ziemba said. There have been relatively few cancer drugs approved for use in children over the last forty years, leaving children with treatment protocols developed up to 40 or 50 years ago, many of which were never intended for use in children, she said.

“They were intended and developed for use in adults, so they're incredibly harsh and leave children with, in some cases, lifelong side effects like cognitive issues, heart issues, and the risk of secondary cancers,” Ziemba said. “Our son, when he started treatment, about a month in, he lost the ability to walk because of how severe these treatment protocols are. It took him seven months to regain that ability. Our children deserve better.”

Ziemba said the Leukemia & Lymphoma Society’s initiative to develop new protocols and medications that are more sensitive to children help inspire her.

“A lot of people know my son’s story and have connected with us, and I think that is going to inspire a lot of people to reach out and contribute to this,” she said. “So many people have been touched by cancer, whether it is blood cancer or not, it’s hard to find people anymore that don’t have their own personal connection to cancer. And when you see some of what these young kids are going through, it’s hard not to feel that personally. My hope is I am able to use my platforms and my public persona to ultimately benefit children going through treatments.”

Ziemba said the fundraiser has impacts beyond blood cancers, as many medications that are developed because of LLS research end up being used to treat other cancers.

“I think that’s the one common thread, that we all have, and that’s the desire to put an end to cancer for good. LLS is a leader in cancer research, not just blood cancer.”