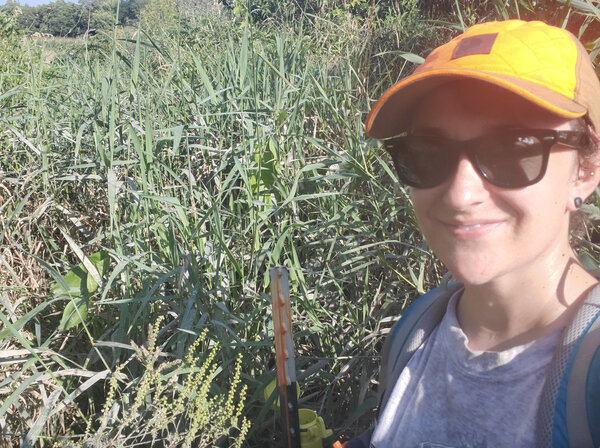 Low-income households soon will have increased access to sanitation solutions thanks to a wastewater research project being completed by Nichole Mazzone, a graduate student in Ohio University’s Voinovich School of Leadership and Public Service.

Mazzone is part of the Environmental Studies Graduate Program at the Voinovich School and will be graduating at the end of the spring semester. She received her undergraduate degree in integrated science, an interdisciplinary program, from Wright State University. As part of developing her graduate program’s required thesis research question, Mazzone said she didn’t initially know what her project would be.

“I knew I wanted to do something that was a central need for Appalachia, but I also wanted to live in the realm of waste and water,” Mazzone said.

The project focuses on domestic wastewater treatment in rural areas that are not connected to a sewage system, she said. In areas lacking septic systems, Mazzone planned to treat household sewage through the use of constructed wetlands.

Her goal was to find ways to make constructed wetlands usable year-round. Mazzone said that previous scientific research established that these systems would work well in warm temperatures, but she wanted to find a way for the system to perform in cold weather, as well.

“I basically was trying to find different techniques that could enhance the efficiency of this treatment during cold temperatures,” Mazzone said. “I explored the scientific literature, spoke with the top researchers in the field and made adaptations to current techniques.”

Her system involved three giant tubs, perforated piping and different types of substrate — or filtering materials — to mimic a treatment wetland in real conditions. She assessed the filtration effectiveness of combining various substrates including zeolite, gravel, wood chips and mulch in three types of wetland systems common in Appalachia. 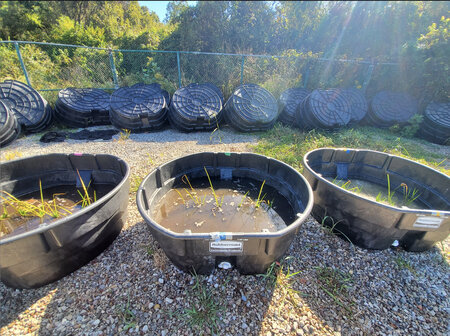 Once she refined her sanitation project and built the prototype system, it took Mazzone from July 2021 to January 2022 to collect her data. Mazzone said she now is in the process of combing through the data and its statistical significance.

Natalie Kruse, director of the Environmental Studies Program at the Voinovich School and adviser for Mazzone’s thesis project, called her project ambitious.

“She didn't just do this on a small scale in the lab,” Kruse said. “She did this in 300-gallon tanks in real field conditions. And so I think that was ambitious, incredibly interesting and at a scale where her results can be meaningful for practice.”

The idea for the project came to Mazzone in her research on the issue of sanitation. According to the U.S. Water Alliance, more than 2 million Americans lack access to running water, indoor plumbing or wastewater services. This is part of a public health crisis where sewage can end up close to residents' living spaces and may pollute local waterways.

“Central Appalachia is one of the hardest hit areas. In areas like West Virginia and Virginia, there are counties where 90% of the residents don't have access to clean water and sanitation,” Mazzone said. “We need to investigate low-tech sanitation alternatives that can fill that need and close the access gap in underserved areas.”

​​Mazzone’s project is funded by the Stream and Wetland Foundation in Lancaster, Ohio, and she has received an Original Work Grant from the Ohio University Graduate Student Senate.

As she looks toward her future, Mazzone said she isn’t sure what her post-graduation career will be. She hopes to continue her work in water quality and looks to pursue a nonprofit job where she can make an immediate difference.

“She is an exceptional student. Not only is she hardworking and dedicated, but she's also really collaborative and open to jumping in and engaging on projects,” Kruse said. “Nichole recognizes the importance of not only gaining a breadth of experience, but also being part of the community and being a part of a supportive atmosphere.”