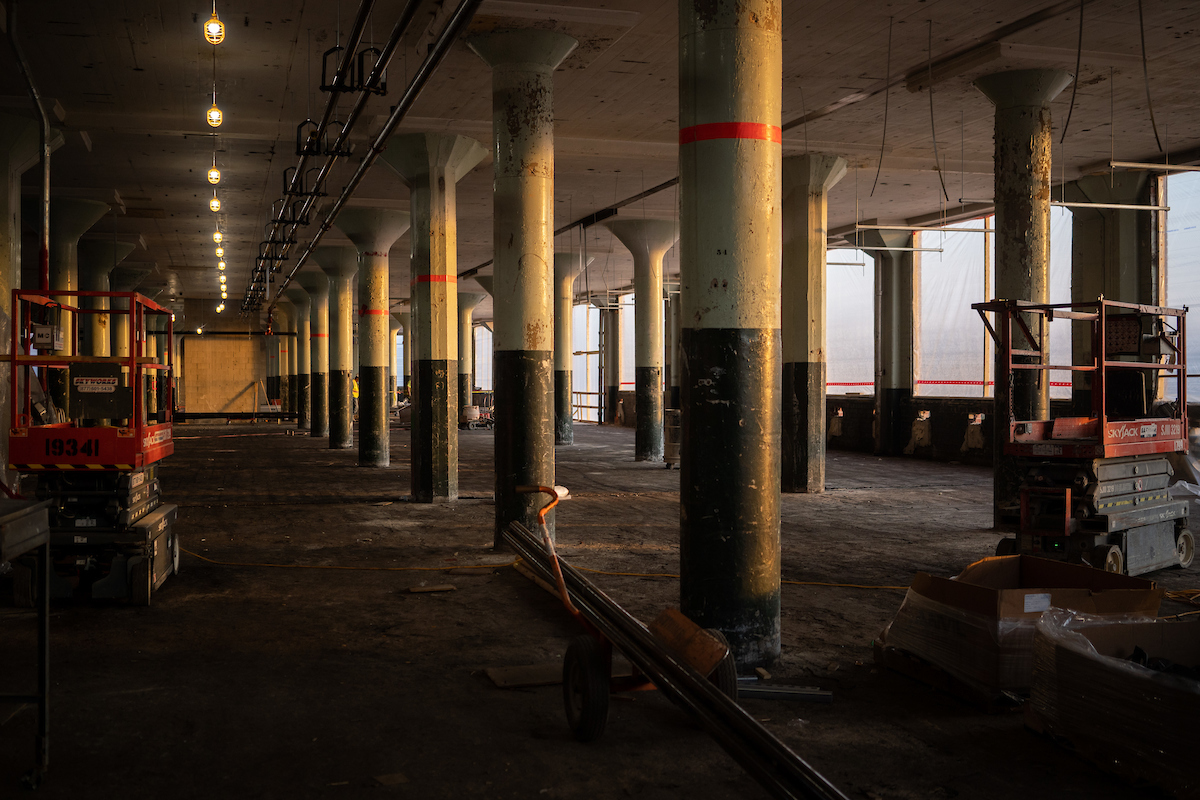 Ohio University Russ College of Engineering and Technology students will have a new space to research and collaborate in 2023. The West Union Street Office Center (WUSOC) is undergoing renovations and will eventually become the new Russ Research Opportunity Center (RROC).

“It is expected that the RROC building will complete by the end of this year and hopefully our faculty will move in in early 2023,” Dr. Mei Wei, Russ College of Engineering and Technology dean, said. “The new Russ Research Opportunity Center is designed to promote interdisciplinary collaborations. It will provide a nice platform for faculty clusters and students to conduct cutting-edge research and students to gain unique experiential learning experiences.”

The building will be a part of the new Union Green, also home to the recently built Heritage Hall. The closeness of the two will allow for partnership and interdisciplinary activity.

The new center will include specialty labs, offices, workstations, conference rooms and project rooms that can be shared and transparent, as well as have a system to create spaces as needed and modified as research changes.

“The principles guiding the project include flexibility in space and design such that we can accommodate various research needs as they change and emerge. Additionally, it was important for the college to create dedicated space for graduate students,” Shawna Wolfe, associate vice president for University Planning, said.

Initially, Russ College was looking at constructing a new building to consolidate existing research space that is spread across multiple buildings and leased spaces, as well as to accommodate future new faculty that are anticipated to be highly research based. The renovated facility will accommodate existing needs and future growth and be conducive to collaboration.

“We made a discovery in the planning process for several college and University needs that the building had a high structural floor load given its past history as a paper mill, and the size was equivalent to what the Russ College was needing. Instead of building a new building for Engineering, we could renovate WUSOC to meet their needs at a much lesser cost,” Wolfe said. “This allowed the University to divert planned investments to The Ridges to accommodate those displaced and ultimately save the University over $40 million in the approaches for these projects.”

The former WUSOC building soon to be home to the RROC was initially built to be a paper mill for the McBee Binder Company, which manufactured machines for the filing and binding of railroad freight bills. The building was constructed along the old railroad bed that once ran through the Athens campus. Along with the high structural floor load, the building has an open floor plan that allows for flexibility in size and scale of various research needs.

Design for the project began in fall 2017 and plans were initially approved at an Ohio University Board of Trustees meeting in 2018.

The RROC project is part of a wider plan, including the construction of Heritage Hall and renovation of Clippinger Laboratories, focused on enhancing connections to research and the campus community.

After renovations are completed, Russ College faculty and students will be able to engage in research transparently and utilize dynamic spaces close to campus and to their home academic building, Stocker Center.