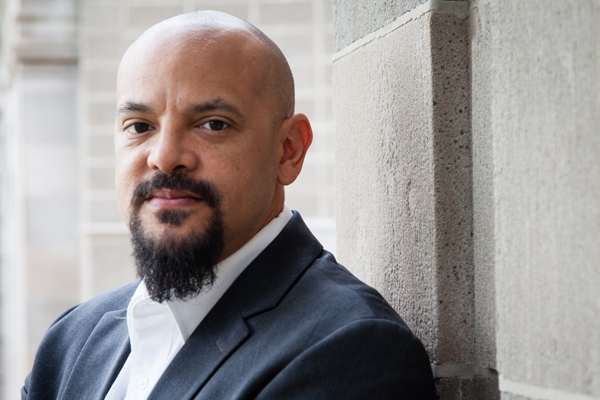 The African American Studies Department will present the second annual Ted Rose Lecture Series, featuring a talk on "The Power of Black Lives Matter: American Liberalism and Inequality After George Floyd" on Thursday, March 3, 2022, from 6 to 7:30 p.m.

"Dr. Vattel ‘Ted’ Rose was an associate professor in African American Studies from 1978 to the early 2000s. As chair of the department, he helped to build a legacy of excellence that still resonates today,” Dr. Bayyinah Jeffries, associate professor and department chair, said. “During his tenure at Ohio University, Rose led the department for almost two decades and ensured its continuation long after his retirement. Consequently, we inaugurate an annual lecture series in his honor."

The annual lecture series is an opportunity to introduce and recognize nationally- and internationally-recognized scholars in or closely affiliated with the discipline of African American studies. These lectures provide the Ohio University community with speakers who have contributed to the close examination and understanding of African and African American life, history, and culture.

Cosponsors of this year’s series in partnership with African American Studies include the Division of Diversity and Inclusion, the History and Political Science departments, and the National Association for the Advancement of Colored People (NAACP).

A second speaker will be announced in the future.

Dr. Cedric Johnson will speak on March 3 about "The Power of Black Lives Matter: American Liberalism and Inequality After George Floyd." The event will be held online via Teams or Zoom.

Johnson's research interests include racial and ethnic politics, African American political thought, neoliberalization, political economy, urban politics, and critical urban theory. He was the editor of “The Neoliberal Deluge: Hurricane Katrina, Late Capitalism, and the Remaking of New Orleans,” and is the author of “Revolutionaries to Race Leaders: Black Power and the Making of African American Politics.” He has also published several articles including “James Boggs, the Outsiders,” and the “Challenge of Postindustrial Society” in Souls, “The Urban Precariat, Neoliberalization and the Soft Power of Humanitarian Design” in the Journal of Developing Societies, and “Beyond the Barricades: Class Interests and Actually Existing Black Life” in the Journal of Cultural Research.

Johnson was awarded the W.E.B. DuBois Outstanding Book Award from the National Conference of Black Political Scientists for his work in 2008. He is currently working on a monograph tentatively titled “Policing and the Class Struggle.” This work examines “the contemporary policing crisis in the U.S. and reframes the origins and motive of modern policing within the nascent property regimes and new class contradictions produced by the birth of the postwar consumer society. As well, this work seeks to reorient the terms of debate from the primary anti-racist focus of Black Lives Matter and New Jim Crow analyses and sloganeering toward the empirical reality of surplus population, those who have been made obsolete by technology-intensive production, global capital mobility, and urban neoliberalization,” Johnson said.