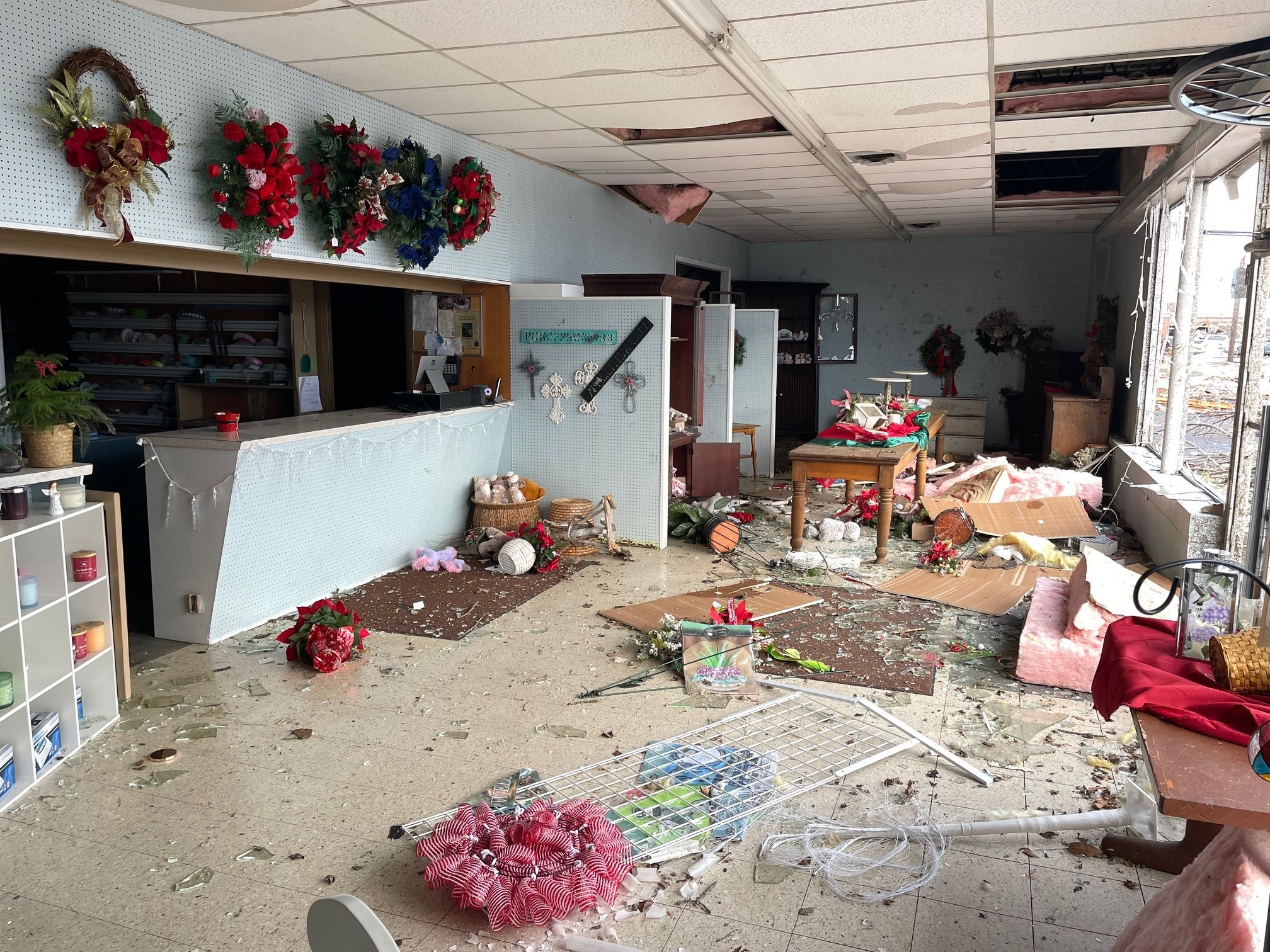 As business owners, former WOUB student and Ohio University graduate Jeff Bidwell and his wife, Jennifer Rukavina-Bidwell, are victims of the devastating tornado that hit Mayfield, Ky., last week. But their minds aren’t on the destruction of their flower shop, their minds are on doing whatever they can to help the people of the small, close-knit community.

“The hardest part about this whole thing is that you stand in the middle of it and look around, and you don’t have any idea what you can do to help. The devastation is so vast,” Bidwell said.

Bidwell graduated from Ohio University in 1998. He is currently the TV sports director in Paducah, Ky. His wife is a former TV meteorologist. The couple owns three flower shops, and the first one they opened was the one located in Mayfield. Bidwell says their store, Jeannette’s Mayfield Flower Company, is still upright, but the structural integrity of the building is shot.

“The Wednesday before the tornado was our two-year anniversary of owning the store in Mayfield, and then on Friday everything went sideways,” Bidwell said. “Windows were blown out and the building just took a tremendous amount of damage. The building right next to us has a giant hole in it. It looks like someone dropped a bomb on it.”

While the destruction to their store is a concern for Jeff and Jennifer, helping the people of Mayfield, a community that had been so kind and welcoming to them when they opened their shop, is their top priority. And it didn’t take long for the couple to figure out what they could do.

“When you drive through the town, you see all the debris. Among it is kid’s stuff. There are things like swing sets and wagons. Here we are so close to Christmas and life has been disrupted for these families. There are so many people donating food, water, clothes and diapers, which is wonderful. But we thought another way to help is to do something about Christmas. We want to restore any sort of normalcy that we can.”

The couple is now working to raise the funds needed to purchase 500 Giving Bears to gift to the children of Mayfield for Christmas. The Giving Bears are designed to be given to anyone in need of comfort during a traumatic time. The bears come with a keepsake bookmark that has a message of encouragement. 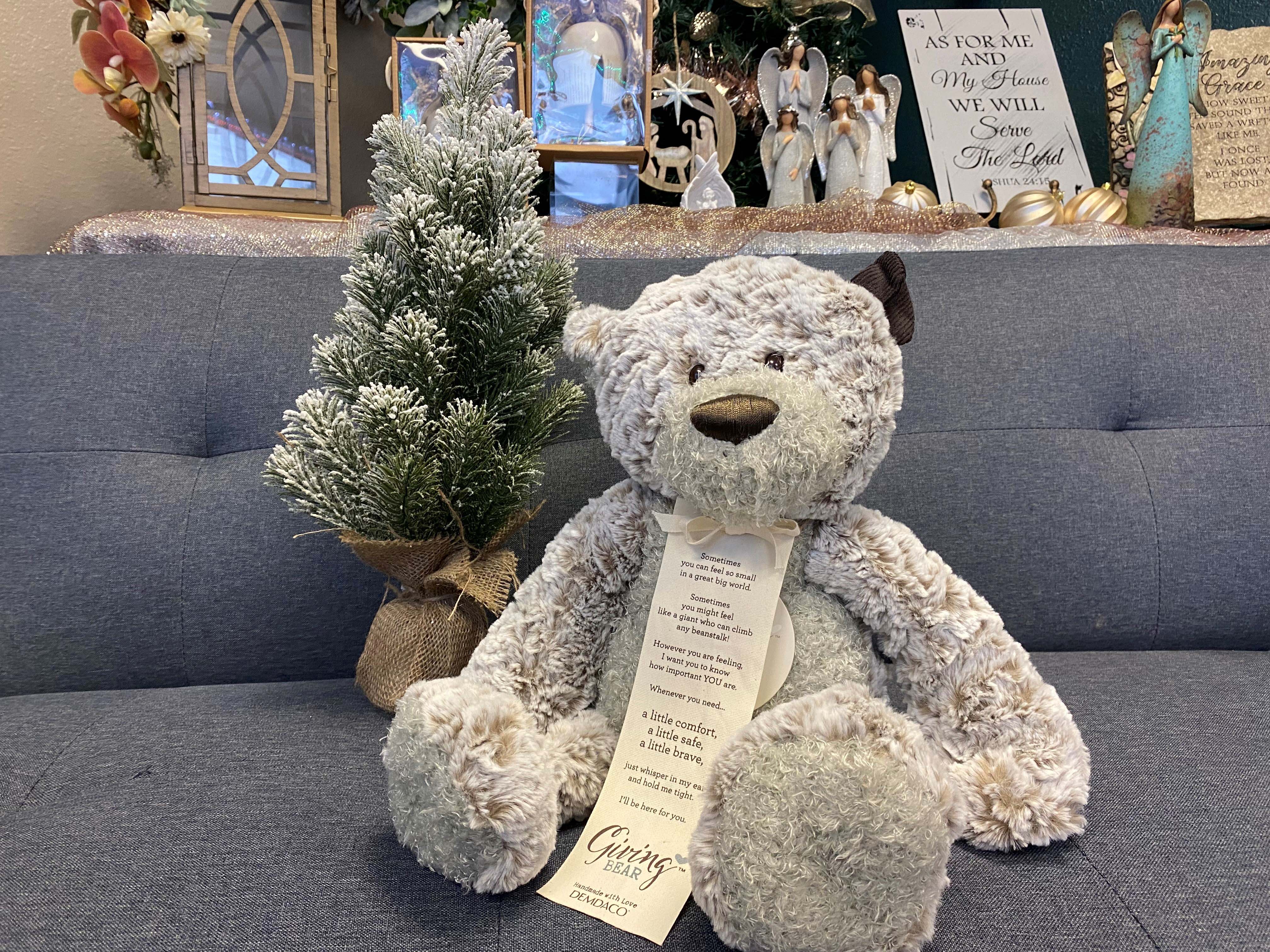 “We’ve had so many Ohio University alums reach out and donate already,” said Bidwell. “It has been really amazing. The Bobcat family is awesome. This is a small way to help that can make a big impact.”