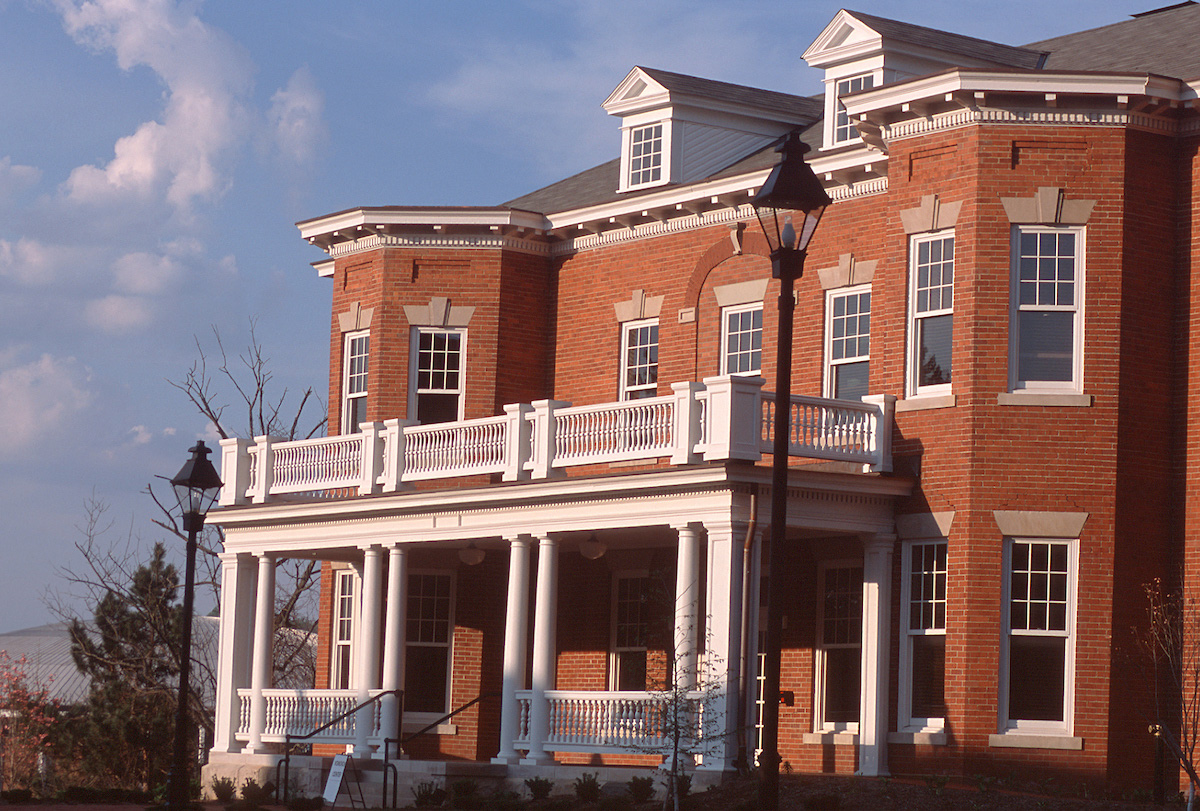 Faculty, professionals, and students from Ohio University’s Voinovich School of Leadership and Public Service have had a busy few years collecting data from county boards of elections and the U.S. Census Bureau to organize into a unified redistricting database that will allow for legislators to have a more efficient means of using data to create new maps for the state and federal legislative districts.

Several years ago, the Ohio Legislative Service Commission awarded the Voinovich School the redistricting database contract, allowing OHIO to single-handedly administer the project after working with Cleveland State University on similar contracts over previous decades and rounds of redistricting.

“It’s an honor for the Voinovich School to do this work on behalf of the state of Ohio,” Jason Jolley, professor of rural economic development, director of the Master of Public Administration program, and Ohio’s non-partisan liaison to the U.S. Census Bureau, said. “We understand the importance of collecting and publishing this data and providing non-partisan information that helps state lawmakers with decisions that impact Ohio regardless of political affiliation.”

Michael Finney, visiting professor and Executive in Residence at the Voinovich School, coordinated the team of professional staff and students who collected voting precinct maps from the 88 boards of elections and reviewed maps from the U.S. Census Bureau to build the statewide unified redistricting database. School professionals working on the project over the past five years included Elkan Kim, Kyong Lim, Jessica Schaudt, Matt Trainer, Robert Wiley, Steven Porter, Robert Barber-Delach and over 20 students, all of whom were instrumental in the management and execution of the complex five-year project.

“Our goal was to make sure that there were no blocks split by precinct boundaries in the final release of the data,” Finney said. “We wanted to make sure the Census data and precinct information tied together so that we could create the statewide unified redistricting database, allowing mapmakers drawing the new state legislative and congressional districts as part of the redistricting process to use the same set of maps and Census data to do their work.”

Communities and counties across the state were asked to report changes in municipal boundaries to the U.S. Census Bureau to ensure there were accurate boundaries for every county in the state. The team would ask for updates of precinct maps and digitize them in the mapping software. Other team members created a website where the team put in map data and worked with the boards of elections to ensure the maps that were being digitized were accurately representing precinct boundaries.

The U.S. Census Bureau originally planned to release the 2020 population data used to make legislative maps by April 2021 but was delayed by COVID-19 and did not release information until Aug. 12. This caused an issue for the Ohio Redistricting Commission, whose deadline for drawing and submitting draft state House and Senate districts for review by the Commission was Sept. 1. Because of the population data being released later than expected there was pressure on Finney and his team to turn around the unified redistricting database quickly to give the mapmakers as much time as possible to draw the new state legislative district plans.

Once the data was released, the team imported the 2020 census data from the Census Bureau’s website into its database software, extracting the data into tables for the different levels of geography, and checked to ensure that the population totals matched what they expected. Then team members linked up population data to the maps to ensure the tables linked correctly and when they saw that they did, they integrated all the data together into one database along with five years of statewide election results. Next they transferred this unified redistricting database to the Legislative Services Commission and they in turn provided it to the Redistricting Commission. Amazingly, the team was able to extract, verify, and merge the population and map data plus transfer the finished unified redistricting database to the LSC in just under 24 hours.

“We are not drawing the new state legislative or congressional maps. Our job was to build the unified redistricting database. On one hand it’s a straightforward process, and on the other, it’s very technical requiring a lot of detailed work to pull together data for the maps,” Finney said. “We were constantly working with the boards of elections to keep up to date on precinct changes and the growth within their communities since those changes impacted the development of the precinct maps.”

The unified redistricting database is currently available on the Redistricting Commission’s website for anybody to download and is being used by the mapmakers to draw up new state legislative and congressional map plans.

“The Voinovich School of Leadership and Public Service truly lives up to its name by the work our faculty, staff, and students do to positively impact our region overall and the state of Ohio through their academic excellence and public service,” Mark Weinberg, dean of the Voinovich School, said. “Working with the U.S. Census Bureau and boards of elections throughout our entire state to gather data for our state lawmakers to use is just one way we’re addressing the state’s needs and I am so proud of Michael and the incredible team for leading this project and for Professor Jolley’s work as the state’s non-partisan liaison to the Census Bureau.”