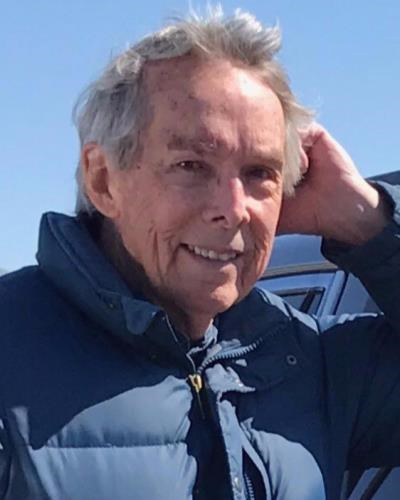 The Ohio University community mourns the loss of Dr. David Klingaman, retired professor of Economics, who passed away on Aug. 22, notes his obituary.

He earned his bachelor's and master's degrees from Kent State University and went on to the University of Virginia, where he earned his Ph.D. He was an economics professor at Ohio University for more than 36 years.

"Dave Klingaman was an absolutely perfect colleague. In over a half century of interaction, we never had a contentious moment—he was a great coworker and coauthor on several research projects,” said Distinguished Professor Emeritus Richard Vedder. “Quietly competent, Dave never sought the limelight, even though his research and teaching contributed importantly to the Economics Department's very strong research reputation in the 1970s and 1980s, especially in the field of economic history."

With Vedder, Klingaman co-edited the oft-cited Essays on the Economy of the Old Northwest, published by Ohio University Press, which contributed importantly to knowledge of the emerging economy of Ohio and the Midwest in the 19th century.

As part of Ohio University’s commemoration of the bicentennial of the Northwest Ordinance, the College of Arts and Sciences commissioned these essays from distinguished economic historians at 11 universities, including a Nobel laureate. The essays filled many gaps in the understanding of America’s economic evolution and provide historical perspective for analyzing contemporary challenges faced by the maturing economies of this five-state region.

"Additionally, Dave contributed importantly to an expansion of our knowledge of the economic condition of American Blacks after the Civil War, helping further our understanding of the long struggle for greater racial economic equality. He was truly both a gentleman and a scholar," Vedder said.

Professor of Economics Chulho Jung remembers receiving a warm welcome from Klingamon when he joined the department. “In my first year at OU, I think it was in September 1989, he asked me to go out for (an evening) with several of other econ colleagues. I think Lowell Galloway, Barry Seldon, Rich Vedder, and Doug Adie were with us at the time. I felt more at home at OU after having an outing with them that evening.”