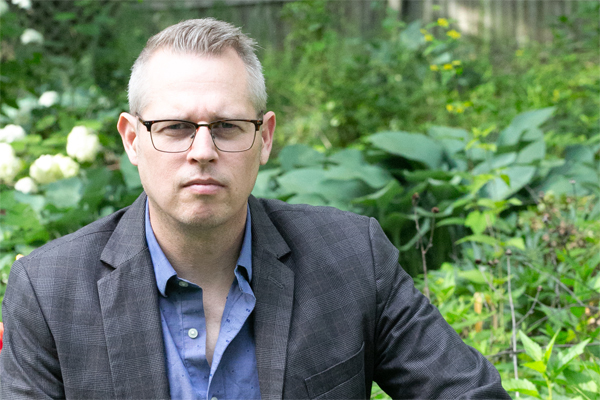 What can researchers learn about evolution from a family of flowering desert plants common to North America? Quite a lot, especially if they can get a nearly complete picture of an entire genus and observe not just changes in form, but also changes in function.

Scientists have spent a great deal of time looking at the microevolution of species — the small changes in form occurring as an organism adapts to its environment. And they have gone to the fossil record to observe macroevolution — the development of entirely new species over very long periods of time. Now they can also use genomics for a more detailed look at how species change across the tree of life.

Ohio University researcher Dr. John Schenk received a $517,624 National Science Foundation grant to ask a macroevolutionary question in a new way — what happens when one part of a flower is coopted to perform a new function? In particular, he will be looking at the stamen, the male reproductive organ of a plant that produces pollen. He and his team already have observed that stamens have been coopted in some species in the Loasaceae family to serve another function, becoming sterile, yet beautiful, staminodes. Looking almost like petals, do they now serve to attract insect pollinators, which is also a crucial reproductive function? And what drives that evolutionary adaptation?

Schenk's work will have great utility to the broader biological field. And Ohio University students, some of them first-generation college students, will be working in deserts in the West and in the lab in the Environmental & Plant Biology Department here in Athens to find some answers using the flowering plants from the Mentzelia genus's Bartonia group, which has 51 ecologically important species.

"The pollination of plants by insect visitors is crucial for maintaining plant biodiversity and ensuring food security, and by studying the evolution and integration of traits associated with attracting pollinators, we have the potential to better understand concerns about a shrinking number of pollinators," Schenk said.

Does form follow function, or does function drive form?

Thanks to the three-year grant from the National Science Foundation, Schenk is setting out to answer the novel and broadly applicable question: Is there an evolutionary response to compensate for the loss of reproductive function when a structure is coopted for a different use?

"Biologists have long established that as evolution tinkers, structures can become coopted to perform new functions. But the consequences of cooption to integrated structures is poorly understood, especially when the structures have an important reproductive function, such as stamens," Schenk said. "The study of staminodes is ideal to construct theoretical models of functional cooption as the integration of floral structures is well demonstrated, and there is a clear evolutionary transition from the function of producing pollen to that of attracting pollinators," Schenk said.

The study will also be novel by investigating the role environmental variation plays in promoting this functional cooption of staminodes, identifying how staminodes are selected by pollinators across floral forms, and determining if staminodes coopted for visual display impact female fitness.

Schenk will be testing several hypotheses:

Flowers are integrated systems of specialized structures that function to optimize reproductive success, including pollen dispersal, pollen reception, and seed production. As integrated systems of networked parts, selection on one floral trait often has implications for other traits. In the case of staminodes, the possible benefits of new functionality come with three costs to the plant:

"All three costs have the potential to drastically alter the floral network as staminodes evolve," Schenk said.

Data Gathering — in the Field, in the Lab

Schenk has been working on the data needed to do this complex analysis — the taxonomic, floral, morphological, biogeographical, and monographic studies of the Bartonia group — for over a decade. Schenk's work has included the collection of numerous plant samples — from preserved flower, fruit and seed collections to tissue samples and DNA extractions.

Now his team will be using tools like high-throughput genomic sequencing to produce a more complete phylogenetic family tree, encompassing all 51 species plus 6 related species that will allow for phylogenetic analysis across the species.

For additional form and structure samples, flowers will be collected in the field and preserved by visiting natural populations in the United States. These specimens will be added to OHIO's Floyd Bartley Herbarium in Porter Hall in the College of Arts & Sciences.

In the field in the West, graduate and undergraduate students will use cameras to record visits by insect pollinators and directly observe the plants for 15-minute intervals. They will be experimenting with some plants in the wild, by removing some stamens and staminodes from flowers that are just about to open and leaving them to be naturally pollinated and produce fruits, and then they will revisit them one month later. Male fitness will be measured by the number of visitors to a flower, while female fitness will be measured as the number of seeds that develop to maturity in the capsule.

"The evolutionary history of the Bartonia group will be inferred with genomic data, and combined with environmental, staminode, and floral data in a phylogenetic comparative approach to determine how traits vary, covary, and their level of integration across evolutionary history," Schenk said. "This phylogenetic comparative approach can provide key insights into the evolutionary consequences of staminode cooption on floral structures, including interactions within and among the male, female, and petal structures."