A powerhouse in the fight against pediatric cancer, alumna finds purpose in her daughter’s legacy 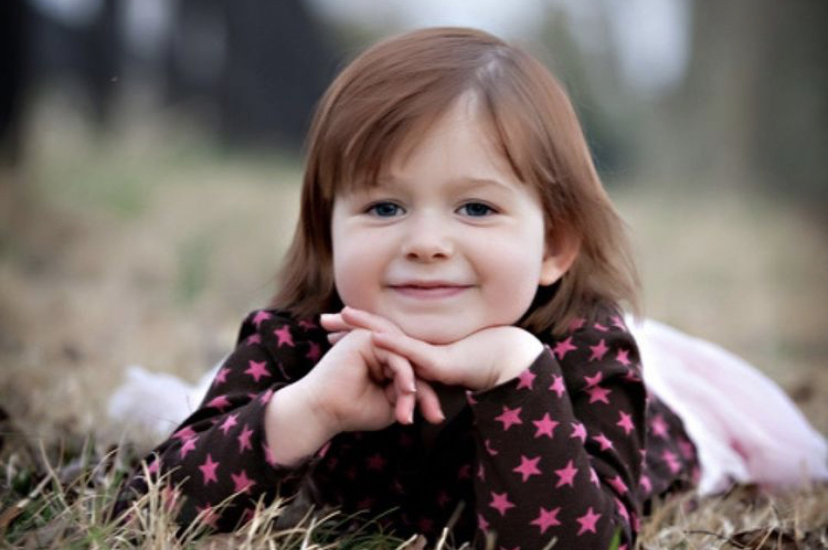 Isabella Santos spent nearly five of her seven years on Earth fighting against cancer and for those affected by rare pediatric cancers – a legacy her mother, Ohio University graduate Erin (Myers) Santos, has turned into her life’s purpose.

As individuals and organizations “Go Gold” in honor of National Childhood Cancer Awareness Month, Erin (Myers) Santos, BBA ’99, is continuing the work of her firstborn—a little girl who dreamed of a world without cancer and has changed the world for those affected by rare pediatric cancers.

“I was just taking her lead,” Santos, a 1999 Ohio University graduate, says of the decision she made in 2007 to start the Isabella Santos Foundation (ISF), a non-profit organization dedicated to increasing the survival rates of children diagnosed with rare pediatric cancers.

At that time, Isabella was 2 years old and, after months of back and stomach pain, tests and misdiagnosis, was diagnosed with stage-four neuroblastoma, a rare form of pediatric cancer. In that moment, the life the Santos family had ended, and a new one began.

Santos left a six-year career with Lending Tree and stepped into the role as full-time caregiver for Isabella, which paved the way for a new calling in her life as founder and executive director of the ISF.

The family’s next nearly five years were spent in and out of hospitals in New York City, Philadelphia and their hometown of Charlotte, North Carolina, as Isabella weathered rounds of chemotherapy, radiation, clinical trials and nearly every treatment option available – all with optimism and selflessness.

“For Isabella, it was always about other people,” says Santos. “There were so many times that she would not do something during the summer because she would be cooking for the Ronald McDonald House or speaking at a Make-A-Wish event or trying to get people to come out and donate blood. It was just so inspiring to see somebody that young who gave so much of herself when really she should have just been focusing on how to stay alive. But she was always trying to do things for others, which laid the foundation for the ISF.”

Isabella lived the remainder of her life with three wishes: Beat Cancer, Grow Hair, and Live Her Dreams. And while her battle ended on June 28, 2012, Isabella’s wishes and determination continue to serve as the pillars of the ISF, which has carried on in her name and is making her wishes come true for others.

To date, the ISF, which was granted its 501(c)(3) status in 2010, has raised more than $5 million—funding that is invested in pediatric cancer research; national pediatric cancer trials, studies and treatments; and various means of support for families faced with a cancer diagnosis. The foundation’s work has not only given a voice to rare pediatric cancers but has established Charlotte, North Carolina, as one of the nation’s top centers for pediatric cancer treatment.

Because of Isabella and the ISF, Atrium Health’s Levine Children’s Hospital in Charlotte now offers an MIBG Therapy suite, making treatment that Isabella had to travel elsewhere to receive available in her hometown. And a $5 million commitment from the ISF has established the hospital’s Isabella Santos Foundation Rare & Solid Tumor Program, directed by world-renowned pediatric oncologist Dr. Giselle Sholler.

“The program has gone from serving around 30 kids to over 140 in just a year,” says Santos. “We have about two years left on our $5 million commitment to Levine, but I think the state of where that program will be in two years will be that every kid diagnosed with a rare cancer in the U.S. will now come to Isabella’s hometown to receive the best care.”

But Isabella’s legacy and the ISF’s work extends beyond the Santos family’s North Carolina community. The ISF has helped fund clinical trials at Memorial Sloan Kettering Cancer Center in New York City and Children’s Hospital of Philadelphia, places where Isabella underwent treatment. And, in 2020, the ISF partnered with another foundation – named in honor of another child lost to cancer – to co-fund a pediatric cancer clinical trial at Nationwide Children’s Hospital in Columbus, Ohio, Santos’ hometown.

“While our focus is local, we do try to make impacts in other areas as well,” Santos explains. “Being from Ohio and having my grassroots there, giving back to where I’m from is important to me, and Nationwide Children’s Hospital is an amazing children’s hospital. The $250,000 that we gave to Nationwide is the first time that we’ve made such a large impact in another state.”

According to Santos, the ISF is on pace to raise $1.5 million to $2 million this year – and all with a staff of just four Charlotte, North Carolina moms, working out of their homes to continue Isabella’s legacy. On March 9, which would have been Isabella’s 16th birthday, the Charlotte skyline was lit in purple in honor of that legacy and in conjunction with ISF’s Star Light Star Bright Luminary Dedication event, which raised more than $91,000 to fund Dr. Sholler’s pediatric cancer clinical trial at Levine Children’s Hospital.

“Isabella’s impact will outlive us all,” says Santos. “I would always wish that she were here, but I kind of feel like, through her death, we’ve all figured out what our purpose in life is supposed to be. Our lives, and the lives of so many others, are forever changed by being a part of this, and it’s such an honor to leave a lasting legacy for her.”

The ISF is organizing a golf tournament in Columbus, Ohio, next spring/early summer to continue its support of Nationwide Children’s Hospital. Ohio University alumni interested in getting involved are invited to contact Erin Santos at erin@isabellasantosfoundation.com.