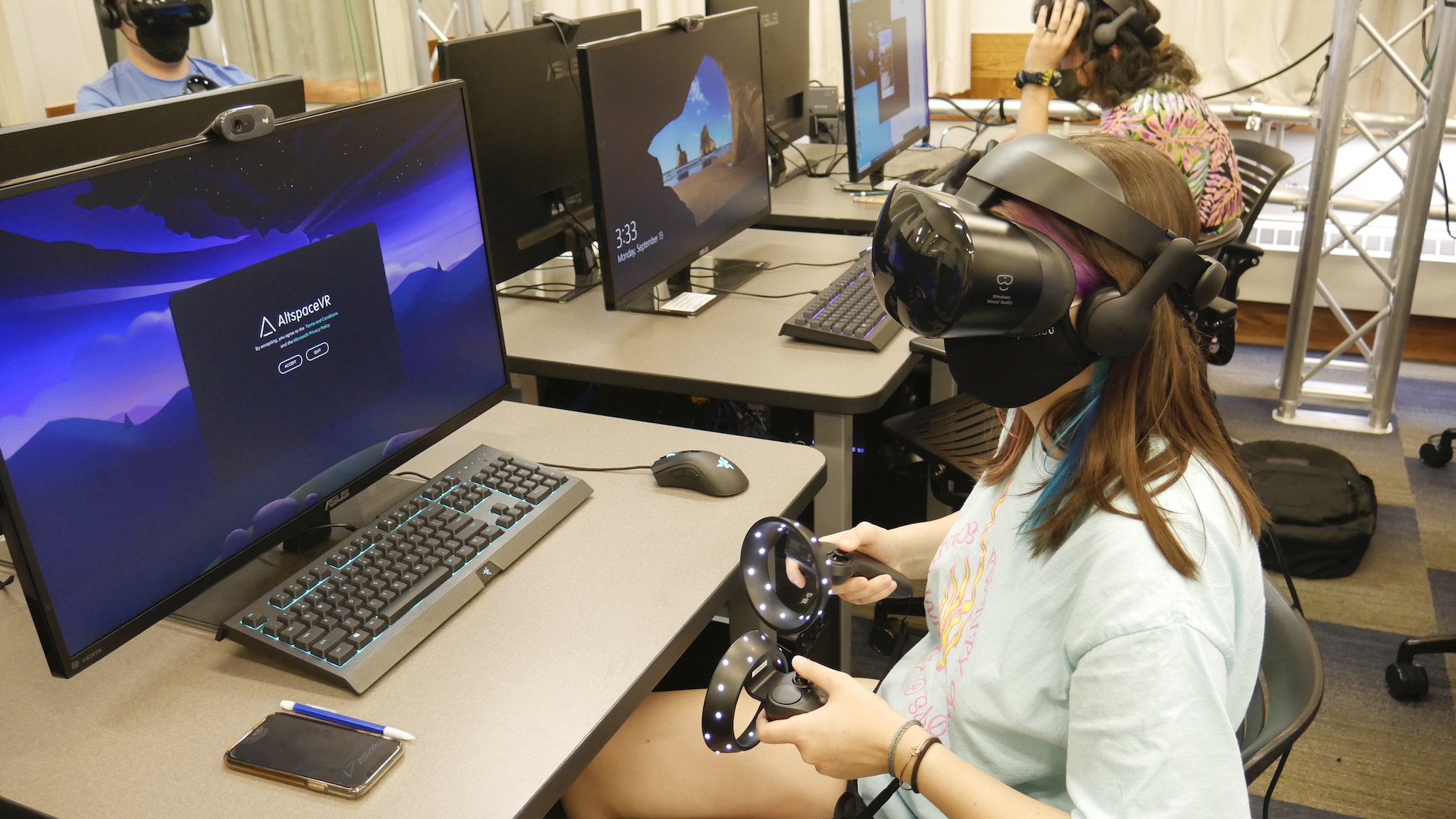 Ohio University is now offering a new undergraduate major starting this fall in Virtual Reality and Game Development (VRGD). The VRGD program will teach students to use emerging technologies like virtual reality and digital games specifically for communication purposes, while emphasizing ethical and social improvements.

The major is housed within OHIO’s Scripps College of Communication in the J. Warren McClure School of Emerging Communication Technologies. The Ohio University Board of Trustees approved the program’s creation during its April 2021 meeting and the program has recently gained approval from the state of Ohio and the Higher Learning Commission.

The new VRGD major builds off the investment in games and interactive technologies research that has been in place at OHIO for more than 15 years. It started with the first game development major offered at the University, Digital Media: Special Effects, Games and Animation, and continues with a national reputation in the field. Animationcareerreview.com ranks OHIO as the top augmented/virtual reality college in the state for 2021.

“We expect that as the requirements for delivering ultra-high quality immersive experiences increase, our students will be in a strong position to understand not only state of the art VR/AR and game development technologies but how the underlying communications technology could be used,” Dr. Julio Aráuz, associate professor and director of the McClure School, said. “This makes our VRGD program unique, as all students will have access to information networking and Internet of Things lab environments, giving them the opportunity to create distinctive experiences.”

The VRGD program will require a student to minor in either business or communication studies. In addition to virtual reality and game design classes, electives will teach students how those technologies work within larger information networking systems.

“Students in the program will take courses in the fundamentals of networking technology and scripting. This will allow them to gain a better ability to design solutions that efficiently employ resources to deliver high quality experiences,” Aráuz said.

VRGD students will also have access to the Game Research and Immersive Design (GRID) Lab facilities, which are available to all Scripps College students regardless of major. This provides an array of technological learning opportunities for the students.

“There are select spaces that are available to VRGD students on day one,” John Bowditch, associate professor and director of the GRID Lab, said. “Each student will have access to our Motion Lab, XR Lab, cine-VR Labs, GRID Lab Studios (video, audio, VR, augmented reality, and gaming gear checkout room), and the Mixed Reality Course (VR obstacle course). We want our students to take full advantage of the GRID Lab on their very first day of school.”

Students in the major will learn how to use emerging technologies for social improvement in educational, governmental, corporate, entrepreneurial and entertainment venues.

The demand for future workers with experience in virtual reality and game development is growing. The United States games market, considered the world’s second largest, behind only China, is valued between $25.1 billion and $43.4 billion, depending on the source.

There has also been an increase in demand for training in games and interactive media. Hired.com found that 75% of software engineers surveyed predicted that their own industries would feel the effects of virtual reality and augmented reality, with nearly half saying it would be a skill they would like to learn.

Past alumni of the McClure School are employed all over the United States, Bowditch noted, in top companies such as Walt Disney Company and Imagineering, EA, Ubisoft, Unity, Bungie, Apple, Sony Santa Monica, Google and Activision/Blizzard.

Students who are currently enrolled in the games and animation major offered by the School of Media Arts and Studies (MDIA) will be able to complete their program of study. Starting in fall 2022, an animation major will be offered exclusively through MDIA, while any game-related elements are available through the VRGD major.

“While the roots of this program carry over from the game track of the School of Media Arts and Studies’ Games and Animation major, the VRGD major skews more technical,” Bowditch said. “Every student will take virtual reality and game development classes that will ready them for technical and production jobs upon graduation.”