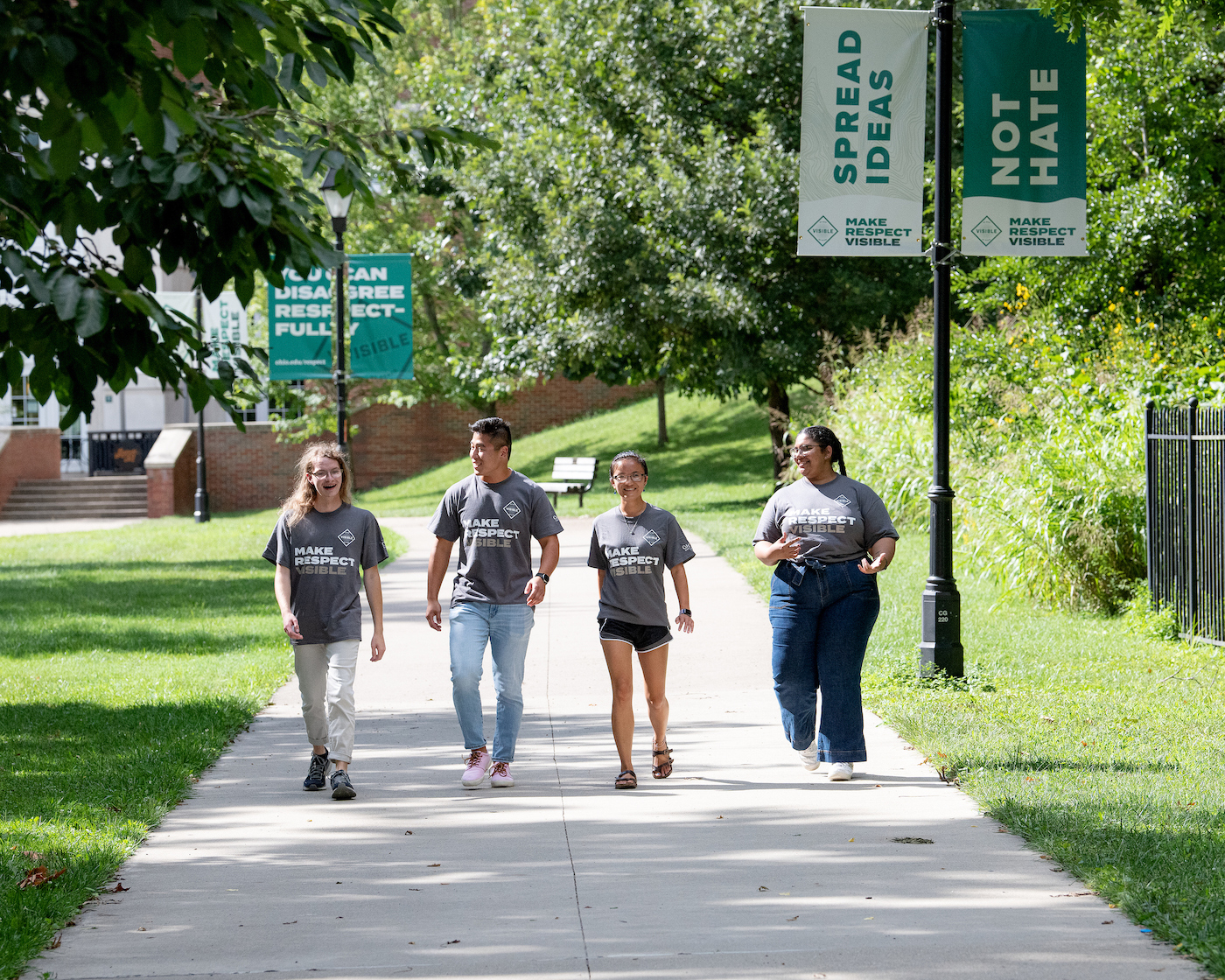 Ohio University has implemented a campaign that aims to provide the community with expectations for engaging across differences.

“It is our hope that the visibility of these expectations will prompt community members to stop and think before they engage with others,” Multicultural Center Interim Assistant Director Duane Bruce said.

The campaign was part of a discussion among OHIO leadership in summer 2020 about an increase in bias incidents. Planning for the campaign’s implementation began in spring 2021. An initial concept was developed with a working group of representatives from the Division of Diversity and Inclusion, University Communications and Marketing, and the Division of Student Affairs. Feedback sessions and forums were conducted with over 140 student participants. Chief of Staff to the Vice President for Student Affairs Megan Vogel said the feedback was good and led to some minor tweaks along the way.

The campaign was launched in June with Bobcat Student Orientation (BSO) and was implemented into a post-BSO module. The campaign has also been infused into learning communities and the residence life experience. Diversity Leadership Ambassadors and peer educators from the Division of Diversity and Inclusion are spreading the word about the campaign across campus and what people can do to create inclusive environments.

“This campaign is so important because respect is a common thread across everything we value as an institution – from diversity and inclusion to freedom of expression,” Communications Services Executive Director Carly Leatherwood said.

Bruce said there are plans to expand the campaign to include programming for faculty and staff members as well as members of the regional campus communities.

Vogel’s proudest campaign moment so far was when a mother cited the Make Respect Visible campaign when responding to OHIO’s vaccine requirement.

“This is why we implemented this campaign,” Vogel said. “We were able to share information with one another – listen to one another and disagree respectfully.”

Leatherwood said the campaign helps to set the baseline of embracing difference, but it is just the beginning of efforts to change culture.

“It is our hope that by implementing this campaign, we will spark conversation and action that leads to culture change,” Leatherwood said.