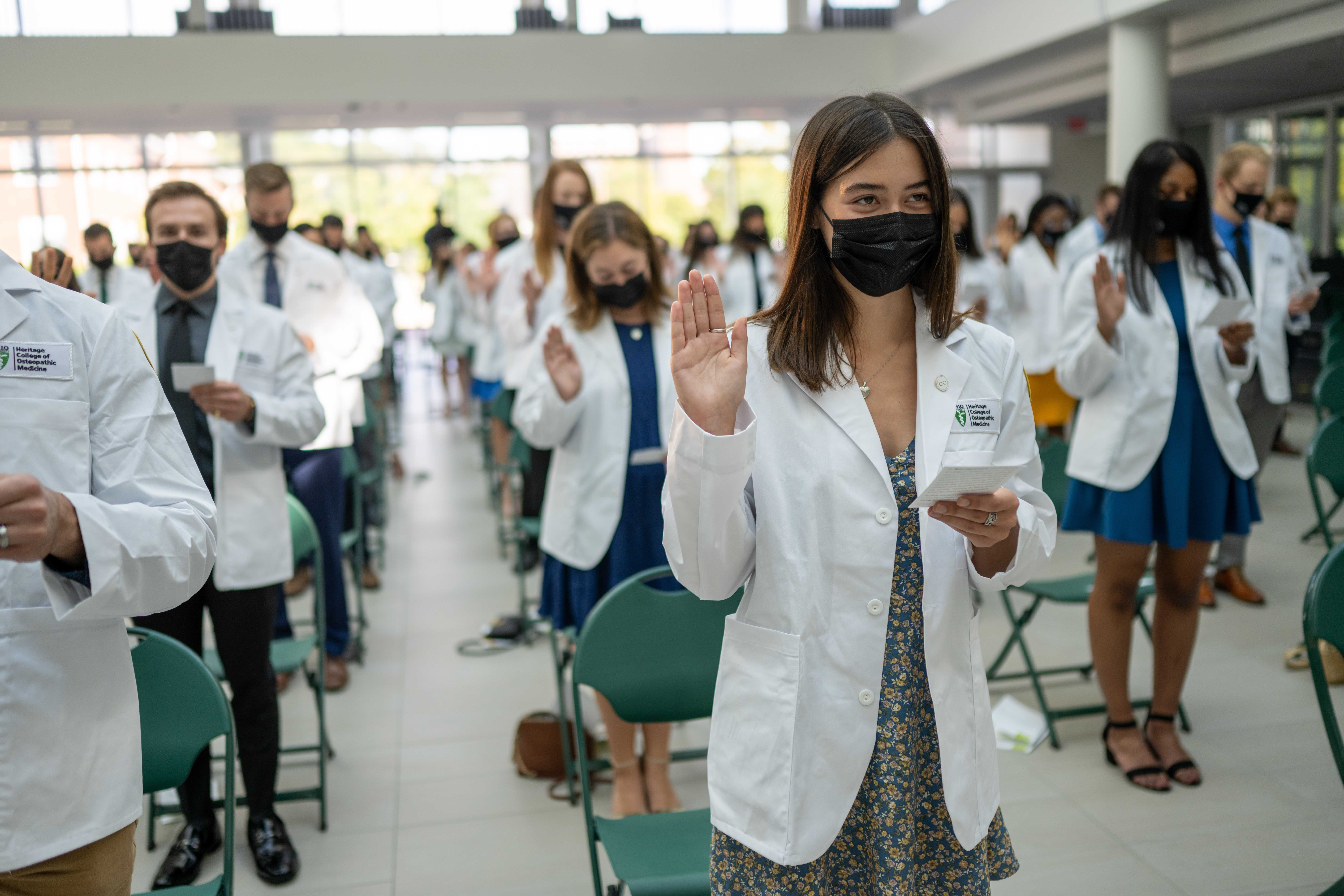 The Ohio University Heritage College of Osteopathic Medicine, which received a record number of applications this year, welcomed the Class of 2025 during the 46th Convocation and White Coat Ceremony on Sept. 19. The ceremony was livestreamed across the college’s three campuses, allowing family and friends to watch it remotely.

The college received 5,741 applications for 256 spots. During the ceremony, the college’s incoming medical students were presented with a short white coat symbolic of their status as physicians in training. Data on the Class of 2025 shows that 17 percent are first-generation college students, 26 percent are members of minority groups and 93 percent are from Ohio. Their average GPA is also higher than any previous incoming class.

Athens City-County Health Commissioner James Gaskell, M.D., delivered the ceremony’s keynote address. He also received the college’s Phillips Medal of Public Service, the highest honor bestowed by the college. As a physician, educator, community leader and health advocate, Dr. Gaskell has been devoted to supporting the health and well-being of southeast Ohioans.

The Athens City-County Health Department worked with the Heritage College and OhioHealth to administer more than 19,000 vaccinations at Heritage Hall, the new home of the college in Athens.

A recording of the ceremony is available to watch on the Heritage College’s website.