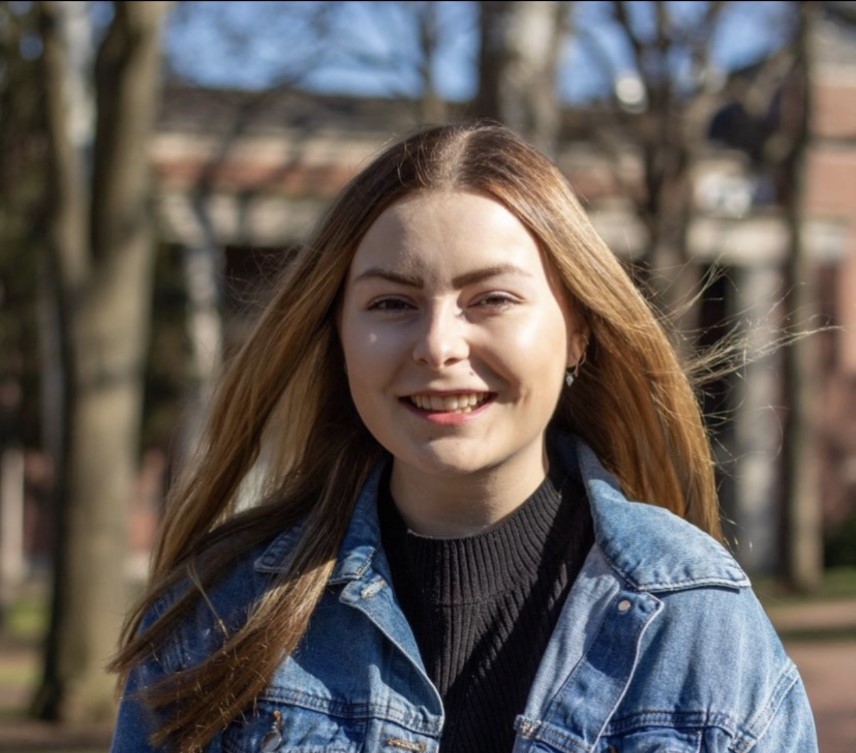 The Society of Professional Journalists has awarded Ashton Nichols with the 2021 Julie Galvan Outstanding Graduate in Journalism Award. Nichols is a Fall 2020 graduate of Ohio University and currently a storyteller and communications coordinator at Cariloop.

The award, announced Aug. 9, honors a journalism graduate nominated by the student’s campus chapter and selected by the Society’s leaders based on character, service to the community, scholarship, proficiency in practical journalism and significant contributions to the student’s SPJ chapter.

Nichols is from Mason, Ohio, and now is living and working in Dallas.

“It is truly an honor to receive the Julie Galvan Outstanding Graduate in Journalism Award,” she said. “From a young age, I’ve always been a storyteller. Being able to write about someone’s life whom yours may be vastly different from and tell their story or advocate for those whose voices are muted by society is such a rewarding profession. I believe that journalists and writers are activists at heart, and I want to create change for the good.”

Nichols was chosen as freshman liaison of her campus chapter her first semester of college. She served as treasurer for a year and then as president as the chapter began the programming year with a full schedule of events and activities, despite COVID-19. Nichols was a consistent part of the chapter’s executive team during its four-year streak as regional and national chapter of the year.

She won Mark of Excellence Awards throughout her Ohio University career, including this year, when she took both finalist and winner awards in the newspaper general news reporting category in the Region 4 competition. Nichols’ work also finished 12th in the national Hearst Awards explanatory reporting category.

At Ohio University’s campus newspaper, The Post, she covered the crime beat during her first year. Then Nichols worked as a senior reporter, producing in-depth and data-driven stories. She also held internships at the Ohio Center for Investigative Journalism, The Columbus Dispatch and The Dallas Morning News.

In May 2018, she participated in a study abroad trip to Leipzig, Germany, to learn more about opioid addiction. While there, she produced a successful 10-minute video about the annual Goth festival.

Additionally, Nichols partook in a semester-long study abroad trip at Hong Kong Baptist University. She was there during the student uprising and was evacuated from the country about a month before semester’s end, reporting the news along the way. Her story included interviews with several students who had been arrested and/or attacked by police for protesting new laws coming from China.

“Ashton has a strong sense of social justice and breathes good journalism,” SPJ Ohio University adviser Nerissa Young said in her nomination letter. “She is not afraid to jump into the unknown and has the intellect to figure out ways to make things happen. Ashton’s work as a journalist embodies the adage that journalism should comfort the afflicted and afflict the comfortable. She is a watchdog journalist in the best sense of the word.”

“The School of Journalism faculty recognized Ashton's significant contributions to the OUSPJ chapter and her commitment to journalism by naming her the 2021 Overall Outstanding Senior,” Journalism school director Eddith Dashiell said. “We are proud of Ashton’s accomplishments and are excited to watch Ashton continue to excel in her journalism career.”

Nichols will be honored during the SPJ21 conference. She is the second Ohio University student in recent years to receive the Galvan award. Kate Hiller was the Galvan recipient in 2015.