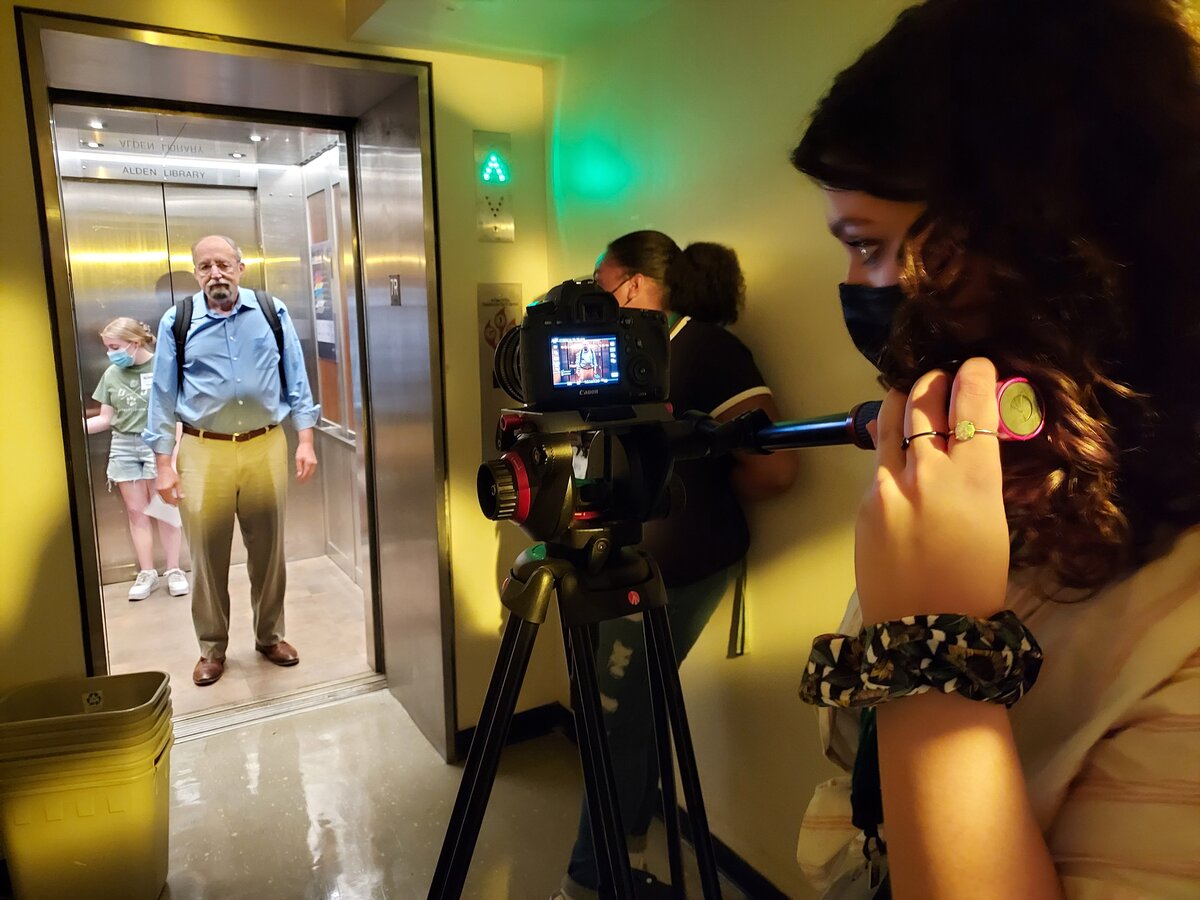 The 2021 High School Media Workshop was held on July 30, hosted by the School of Media Arts & Studies (MDIA) in OHIO’s Scripps College of Communication. Participants spent the one-day, in-person program collaborating on a production called “Ron Away,” which premiered Aug. 13 with an introduction from workshop director Andie Walla.

The 20 student participants were divided into groups focusing on their preferred area: video production, music production, or animation. The workshop was open to students entering grades 9-12, with participants coming from around Ohio, as well as Indiana, Washington, D.C., and Alabama.

Observing COVID safety measures such as masking and social distancing, the workshop was held over one day instead of in three days as it has been in the past.

“We were so glad we could have the students come on campus instead of doing a virtual workshop,” Walla said. “They all showed up, were ready to work, and had a lot of creative energy.”

Instructors and current students from MDIA were on hand to assist participants, who wrote, recorded and mixed original music, animated opening credits, and shot and produced the video itself.

Robert Schrembeck, a senior from Uniontown, Ohio, attended the workshop in the Music Production group.

“Going to the High School Media Workshop allowed me to get first-hand experience on equipment I would be using as a professional,” Schrembeck said. “It was very insightful and well-run!”