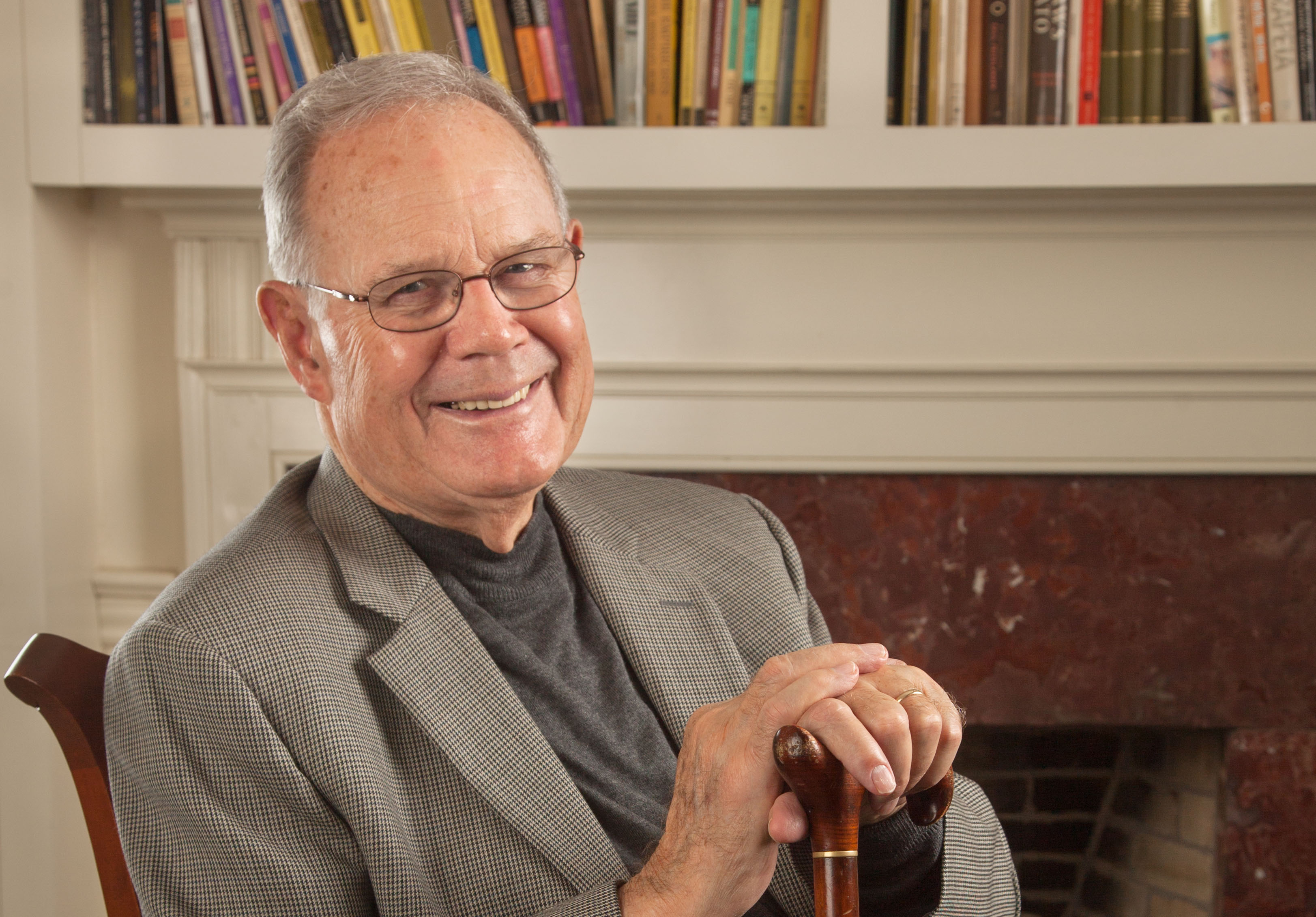 Ohio University President Emeritus Dr. Charles J. Ping, whose visionary approach and gentlemanly demeanor helped shape the school into the comprehensive institution it is today, died July 27, 2021, at his home in Athens, Ohio.

“As we mourn the loss of Charles Ping, we also celebrate his enormous contributions to Ohio University,” said Ohio University President Hugh Sherman. “In addition to his vision of what Ohio University could become, and his dedication to the humanities, he will be remembered most dearly for who he was - compassionate, loving and respectful of all. He deeply loved our students, his colleagues and our community.”

Ping arrived on campus in 1975 to an institution with great potential but in deep turmoil from Vietnam-era student protests, declining enrollment and staggering debt. In 19 years as president, he launched multiple capital campaigns to raise money and established many new academic programs to attract more students.

“He was a true visionary. He saw the big picture. He had a very clear idea of what the outcome of certain actions would be,” said alumna Jeanette Grasselli Brown, BS ’50, HON ’78, who served on the OHIO Board of Trustees, Ohio University Foundation Board and Ohio Board of Regents during Ping’s tenure. “He was very fair. I think he tried hard to listen carefully – he was a good listener – and then made decisions based on his best estimate of a melding of the ideas that he had heard. He was also a very humble individual, and yet he had a strong presence. He was highly respected in the field by his peers and certainly by all of us on campus, staff, faculty, board, or student relationship. He was a really nice man and a gentleman.”

“Our financial situation was so dismal, we didn’t have financial resources to even undertake a campaign. To take on a campaign of that magnitude… if it was not successful, imagine the impact of a failed campaign. It took a lot of courage to undertake something like that,” Ellis said.

When Ping arrived in 1975, Ellis said the University was embroiled in a crisis of confidence.

Ellis noted that Ping’s success was due to his character.

“He was a man of great character, strong character. He was a very fair individual. He tried to surround himself with a staff of people that he had confidence in that could run their particular operation, and he kept informed as to what was going on, but he did not interfere,” Ellis said. “Charlie was a great boss, an admired mentor and colleague, and a very dear friend.”

Ping worked diligently to increase the then-low rate of enrollment at OHIO with a focus also on student retention. He established new academic programs including sports administration, international business, and remote sensing. During his tenure, the College of Health and Human Services (now the College of Health Sciences and Professions) was established to attract more students.

“Charles Ping was a great man and a great president for Ohio University. He assumed the presidency during a time when the University was at a low point in its history, and in the early part of his 19-year tenure he successfully restored financial stability and gave the institution solid academic governance,” said Ohio University President Emeritus Robert Glidden, who succeeded Ping as president in 1994. “Charlie was a perfect gentleman. We always had a very good relationship, and I very much valued and appreciated what he did with the Cutler Scholars Program and his relationship with many of our important alumni during his post-presidential years.”

OHIO Distinguished Professor Emeritus John Gaddis, who founded the Contemporary History Institute and is now a professor of history at Yale University, summed it up succinctly: "Charles and Claire Ping rebuilt a university.”

Ping created the tier general education system for undergraduate students to give each student a well-rounded learning experience over a broad range of subjects.

With the rate of enrollment steadily rising, Ping oversaw some additions and renovations on campus. During his presidency, the Aquatic Center was built, Peden Stadium was enlarged, state-of-the-art equipment was provided for the E.W. Scripps School of Journalism, and construction began on the Charles J. Ping Student Recreation Center.

After retiring from his presidency at OHIO, he continued to teach at the Charles J. Ping Institute for the Teaching of the Humanities. Dedicated to ensuring that history, philosophy, languages and other fields in the humanities are available to all, the Institute includes three named professorships as well as fellows that serve three-year terms to encourage the flow of new ideas.

Distinguished Professor Emeritus Tom Carpenter, the first Charles J. Ping Professor of Humanities, said Ping was dedicated to ensuring that every student had a background in the humanities.

Ping held multiple leadership roles on council boards following his retirement, including the Council for International Education Exchange, Muskingum College Board of Trustees, Louisville Presbyterian Theological Seminary Board of Trustees and the Manasseh Cutler Scholars Program.

Ping attended Rhodes College in Memphis, where he received his bachelor of arts. He received a bachelor of divinity from Louisville Presbyterian Theological Seminary in Louisville, Ky., and earned his doctorate in philosophy from Duke University in Durham, N.C. He was also a graduate of the Harvard Business School’s Management Program.

Ping is survived by his wife, Claire Oates Ping, for whom Claire Cottage is named, and his children, Ann Venable and Andrew Ping. He dedicated his career to improving the lives and educational experiences of students across the country.

Services will be held on Saturday, July 31, at 2:30 p.m. at the First Presbyterian Church at 2 N. Court St. in Athens. In lieu of flowers, the family requests that donations be made to the Ohio University Foundation in support of the Ping-Cutler Scholars or the Ping Institute for the Teaching of the Humanities. Checks can be sent to The Ohio University Foundation, P.O. Box 869, Athens, OH 45701, with the fund designation written in the memo section of the check. Gifts can also be made at give.ohio.edu; search "Ping" in Explore Funds section.

Tags:
Office of the President