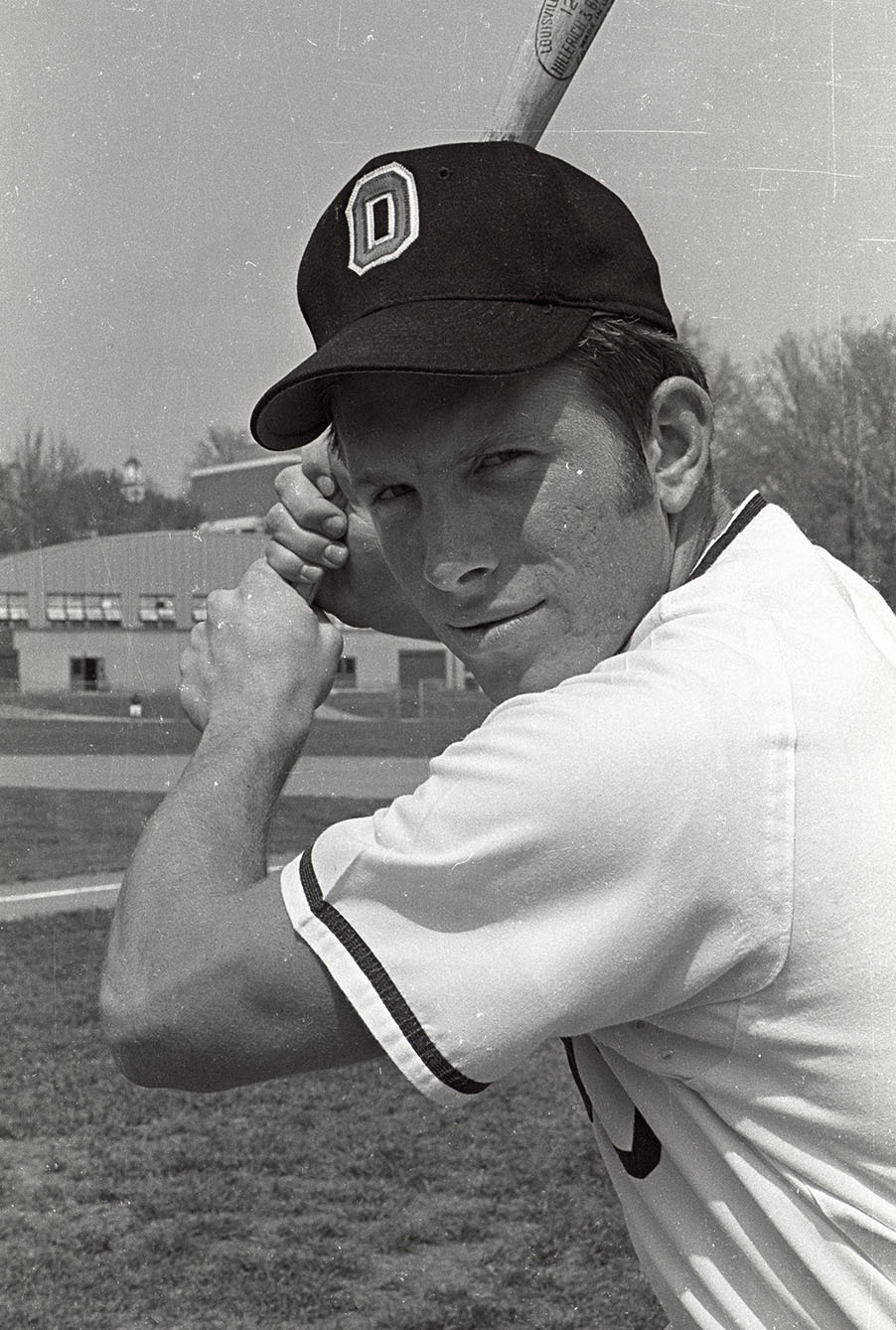 Bill Kimok, Ohio University archivist and records manager, stepped up to bat in early June to help bring to life a New York Times article about OHIO alum Mike Schmidt, a baseball Hall of Famer who played on the Philadelphia Phillies for 18 seasons.

The story, authored by New York Times writer Tyler Kepner, was titled “The Best Pick Any Big League Team Has Made,”  and was featured in the Sports Monday section of the Times. It was published in print on June 7 and was also featured on the newspaper’s website.

“When I am working with researchers…my philosophy is to bury the researcher with as much historical material as I can find and let them dig themselves out,” Kimok said of his research process. “It is fun to see what they end up doing with it, and it is especially fun to see researchers take all that chaos and give order to it.”

Although the original request was for permission to use an image of Schmidt from the Libraries’ Digital Archives collections, Kimok searched through the University Libraries’ archives to find photos of Schmidt, statistics sheets and other images to help illustrate the article. Three images – the 1970 digitized picture of Schmidt at OHIO featured above, a scorebook page from the 1970 College World Series, and the cover of an OHIO media guide from 1971 – were published in the article and attributed to Ohio University Archives.

“I was thrilled that they used the scorebook page both as art and as information about a player from the opposing team…who was also drafted the same year as Schmidt,” Kimok said. “I thought it added a nice touch and it came specifically from that scorebook.”

As an archivist at the Libraries, Kimok has supplied many writers with resources for projects ranging from books to magazine and newspaper articles. He said that the Libraries has also helped many student writers for The Post and Backdrop Magazine by providing archival materials for their stories.

Kimok said he loves helping people with their research and is always amazed by what he can find in the archives. Finding the archival material for the New York Times article had an extra fun element for him too.

“Baseball has always been one of my favorite things in life,” Kimok said. “I played it since I was six years old and right up to when I was 45 playing in men’s Over-30 leagues, and I am always going to games, major leagues, minor leagues, etc., and, of course, I watch a lot of baseball on TV.”